But instead of the 54-hole stroke-play event we have witnessed in the previous seven LIV Golf Invitational events, the Team Championship will see the iconic Blue Monster course stage a seeded three-day knockout competition, with foursomes and singles match-play across the first two days before reverting to stroke-play for the final round.

Each of the 12 team captains, including individual standings leader Dustin Johnson, will play in a featured singles match and will also choose who represents their teams in the other singles match and the alternate shot match.

The opening two days of match play will be used to whittle things down with just four teams in action come Sunday when the format will revert to stroke-play with a shotgun start. The scores of all four players from each team will count towards the final total, with the lowest aggregate team crowned LIV Golf Invitational Series Team Champion.

Points have been awarded to teams based on their finish at each of the seven regular season tournaments, with values ranging from 32 points (first place) to 0 (9th-12th). This has determined their seeds for the Team Championship. 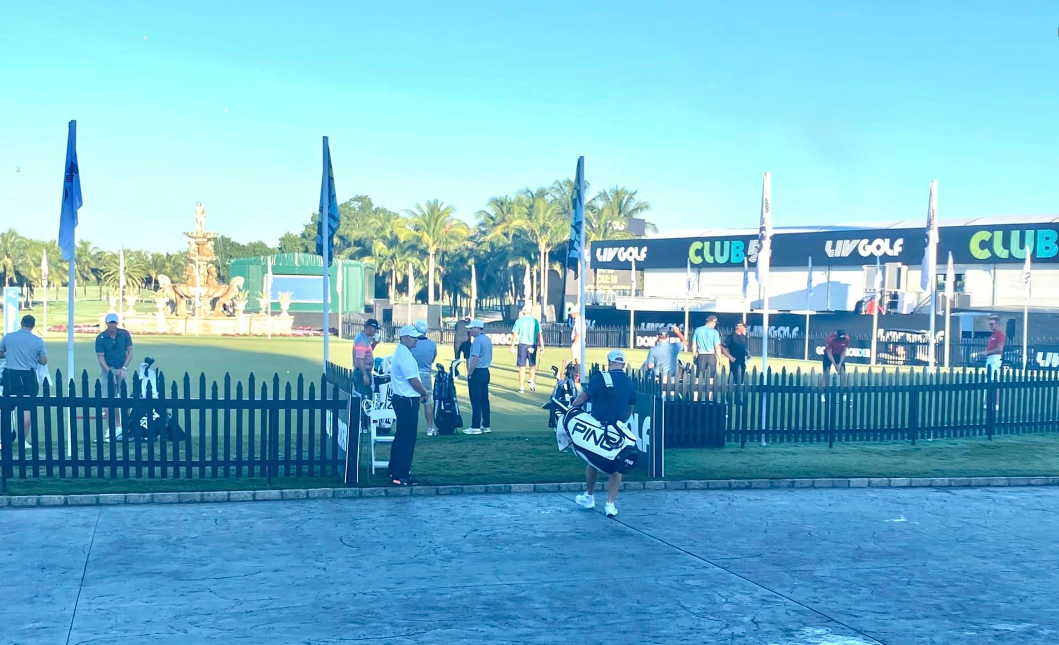 Here’s how things stand heading to Trump National Doral, including the teams’ finishes in each event. 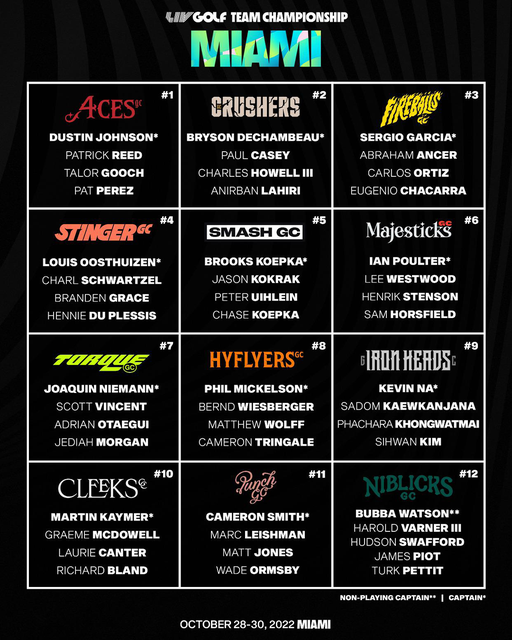 LIV Golf CEO Greg Norman has been battling for the series to receive world ranking points since it launched.

“This has been a transformative year for golf and we’re just getting warmed up,” said LIV Golf CEO and Commissioner Greg Norman. “The Invitational Series finale, played at the fan-favorite Blue Monster at Doral, is befitting our game-changing model that delivers an innovative, one-of-a-kind experience for players and fans. I’m looking forward to watching the teams compete in what will be a historic and monumental event.”

– Teams seeded 1-4 will receive a bye

– For each head-to-head team competition, a set of three matches will take place: two singles matches and one alternate shot match

– Matches will be played until a winner is determined; there will be no ties. Each match winner receives one point

– Teams compete in the same format as the quarter-finals with two singles matches – including a featured singles match between team captains – and one alternate shot match, with each match winner receiving one point

– Matches will be played until a winner is determined; there will be no ties

– All 16 players will compete in twosomes, with every player’s score counting towards their team’s score

– At the end of Sunday’s round, the squad with the lowest team score is the LIV Golf Invitational Series Team Champion.