The iconic Blue Monster will stage the seeded four-day, four-round, match play knock-out event featuring 12 teams competing for $50 million. The first-place team will walk away with $16 million followed by $10 million for second, and $8 million for third with each player on the team receiving a 25% cut of earnings. The Team Championship is the eighth and final event on the 2022 LIV Golf Invitational Series schedule.

“There could not be a more perfect location to host our biggest event of the year at a course with such a long history with professional golfers, and we are excited to add another piece of history to this famed destination,” said Greg Norman, CEO & Commissioner of LIV Golf. “I am very much looking forward to next week to watch these teams go head-to-head to compete for the largest prize purse in tournament history. As we continue to select locations for our events in world-class cities, we knew Miami had to be included in the rota, and the Blue Monster is a fan favorite and a perfect place to end our inaugural season.”

Remastered by Gil Hanse in 2014, the famed Blue Monster is one of the legendary courses in America having hosted professional elite events for 55 years. Stretching over 7,600 yards, the course features a series of strategically placed deep bunkers, long flowing fairways, interesting undulating greens, deep Bermuda rough and a challenging assortment of water hazards – all of which combine for a course that requires both length and finesse to score well. The famous 18th hole is traditionally ranked as one of the most difficult by touring professionals. 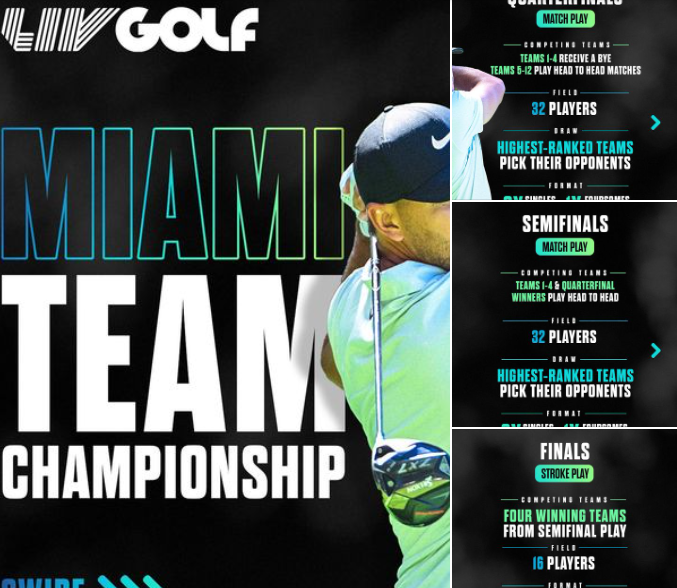 “Trump National Doral is one of the finest golf resorts anywhere in the world and we are honored to host the LIV Golf Invitational Team Championship. The iconic Blue Monster is a beloved championship venue that has hosted many of the greatest players in all of golf and we are looking forward to making this event a phenomenal success,” said Eric Trump, Executive Vice President of the Trump Organization.

Team golf has proven it has the ability to produce many of the game’s most exciting moments, and it is at the heart of LIV Golf’s structure. Each field is comprised of 48 players on 12 four-man teams and a truly global field with golfers invited from all tours around the world to beta test the new format. Each event will have teams comprised of different players determined by a draft the week of the event. 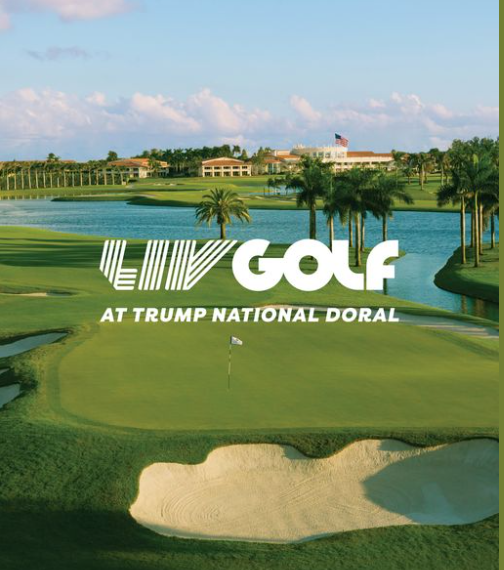 LIV Golf Invitational Series is owned and operated by LIV Golf Investments whose vision and mission is centered around making holistic and sustainable investments to enhance the global golf ecosystem and unlock the sport’s untapped worldwide potential.