SPRINGFIELD, Mass – For the second time in his career Richy Werenski was in the final group this time at the 3M Open in Blaine Minnesota. Blaine in not far from where George Floyd died in the hands of a rogue police officer. In his first time in the final group Richy lost in a playoff at the Barracuda Championship. That event is next week.

On Sunday July 27, Richy struggled with his swing early and never felt comfortable but still managed to shoot a 1-under par 70 thanks to a 3-under par back nine. He lost two balls in the water and had a putt for par hang on the lip for an eternity. Those three strokes were the difference in winning as Richy finished two strokes behind eventual winner Michael Thompson.

For those of us back home in western Massachusetts, we watched in anticipation including a viewing party for members of the Orchards Golf Club where Richy and his family are members.

It was not Richy’s play that was noticed by one member of the golf media, reportedly by a writer from Golf Digest, but his “Blue Lives Matter” wristband. The reporter reportedly approached The Golf Channel during the final round to ask them to focus on the wristband during play but The Golf Channel reporter refused the request. The story did not end there. Fox News had a major headline on their website and GolfWeek ran a story as well questioning his choice of wristbands.

Having known Richy Werenski since he was 10, he is the last person that wants any publicity until he gets his first win on tour. He is as straight laced as they come, focusing only on winning and playing well on the PGA Tour.

For the record Richy has been wearing the “Blue Lives Matter” wristband since his days on the Web.com tour over six years ago. He wears it proudly because many in his family have served as police officers. He wears other jewelry in support of his family’s involvement in law enforcement. That will not change. 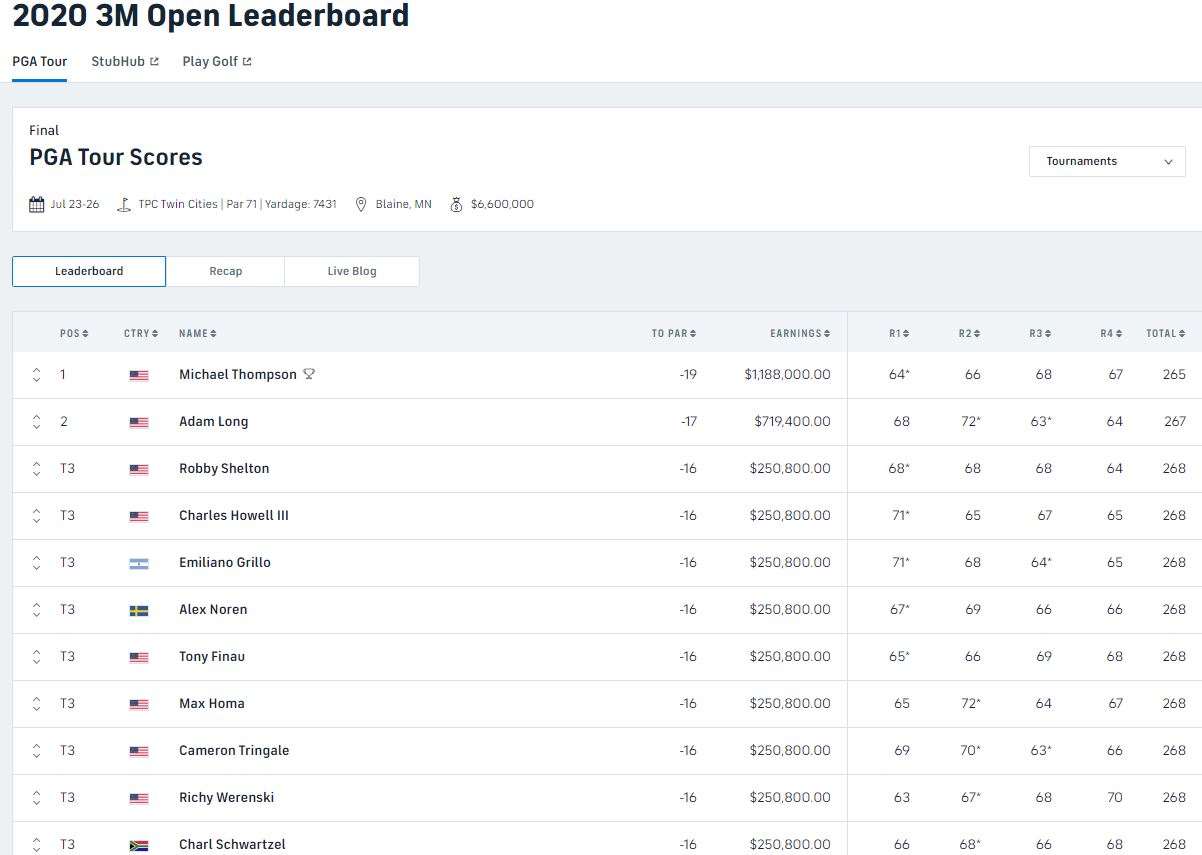 I can not imagine finishing third in a PGA Tour event and having someone question what you are wearing as opposed to how well you played for four days. But Richy had to endure those questions. I am told he has the backing of players and the PGA Tour which is understandable. As for the reporter that wanted to make a big deal of it he should have done more research before trying to bring about negativity to a player.

Richy Werenski is playing some of the best golf of his career and now stands 70th on the FEDEX Cup standings with two events to go before the playoffs. Richy will be at TPC Norton August 20-23 but unfortunately no fans or local media are allowed. And its likely we will see Richy with his “Blue Lives Matter” wristband he has been wearing for years. There will be no shaking this kid.

(Jay Nomakeo has been in the golf business for over 20 years and is a golf entrepreneur based in western Massachusetts & is a regular contributor to New England dot Golf.)