It will be “a step back in time” for 80 golfers from around the country who will ditch their graphite shafts and oversized drivers for a bag of genuine hickory-shafted brassies, mashies, niblicks, mashie-niblicks and a putter as they experience the game of golf the way it was played 120 years ago.

The inaugural U.S. Hickory Open took place at Mimosa Hills in Morganton, North Carolina in 2008. It has grown in popularity and been held at many prestigious courses including Sedgefield CC home of the PGA Tour’s Wyndham Championship. This year’s event will be contested over the Mission Inn’s El Campeon course and should present an excellent challenge for the 80 players coming from all parts of the country. The course dates to 1917 when clubs with hickory shafts were the only implements available to the growing number of American golfers. Players hit the links with original or replica golf clubs from pre-1930.

Hickory-shafted golf clubs were all given names that best described their characteristics. The brassie is so named because golf club makers fortified the face of the club with a brass plate. A multi-functional wood, it can be used off the tee, the fairway, or the rough. The niblick, with its stubby, oval-shaped club heads are the longest irons in the bag, making them equivalent to a modern 4 iron. the ultimate utility club is the mashie. Ranging in loft from 35-37 degrees, it is equivalent to a 7 iron. The mashie-niblick is a great approach club. Its loft ranges between 45-50 degrees, making it equivalent to a modern 9 iron or pitching wedge. The niblick With an average loft of 52 degrees, is equivalent to the modern gap wedge. It is used as both a pitching wedge, and sand wedge. the putter which is not like today’s putter. It has more lofted to help the ball propel over greens with longer grass. 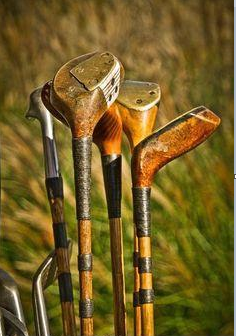 The United States Hickory Open Golf Championship is the signature event of the Society of Hickory Golfers. The Society was founded in 2000 by a likeminded group of golfers who shared a passion for the game’s history. This tournament is a tribute to history and the great champions of a game that has been lost through time. The roots of the Society of Hickory Golfers date back to 1970 when two fellows, Joe Murdoch and Bob Kuntz originated the Golf Collectors Society.

They soon found out that there were quite a few people who shared their enthusiasm for golf collectables and memorabilia. As the numbers grew several people started taking their venerable clubs off the wall to see how they performed on the golf course. Out of this shared experience grew the SOHG which now numbers over 1,000 members. Worldwide there are probably an estimated 3,000 hickory players. 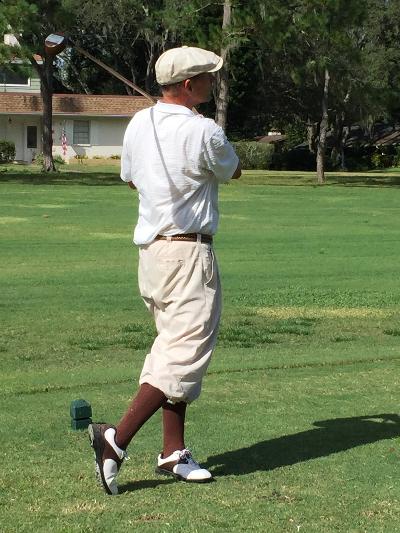 The Florida Hickory Golfers are captained by Mike Stevens, of Tampa, who is also the director of this year’s tournament. Stevens hails from Springfield, Massachusetts. He left the Bay State for sunny Florida to attend the University of Miami where he played his Junior and Senior years. Upon graduation he served two years in the Army. In 1997 he began a USGTF career at MacDill Air Force base golf course in Tampa. It was while there that he became familiar with the Golf Collectors Society and participated in the first National Hickory Championship at Oakhurst Links in White Sulphur Springs, West Virginia in 1999. He would go on to win three titles as his passion for the original game grew. He was the first American to participate in the World Hickory Championship in Edinburgh, Scotland finishing 5th on two occasions. In 2020 he was inducted into the Hickory Golf Hall of Fame located in Omaha, Nebraska. 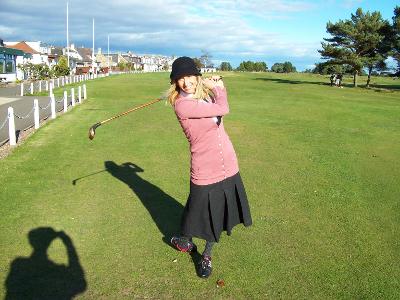 If you’re looking for a chance to watch a fun, one-of-a-kind golf tournament that will bring you back to yesteryear, the 2022 U.S. Hickory Open is it. The golfer’s apparels, golf clubs, conversations, and their respect for the game will all be. Parking is free for cars (and horses).