MARION, Mass – Jeff Wilson seems to be amateur golf’s version of Michael Phelps or Carl Lewis in that he likes to collect medals. The Northern Californian added to his vast collection on Sunday at The Kittansett Club shooting a second-consecutive 1-under-par 70 to share medalist honors in the 67th U.S. Senior Amateur Championship.

Wilson, 59, of Fairfield (CA), posted a 36-hole total of 2-under 140, which was matched by first-round leader Miles McConnell, 56, of Tampa, Fla. The co-medalist honor gives Wilson seven of them in his USGA career, along with low-amateur medals in both the U.S. Open and U.S. Senior Open.

Sean Knapp, the 2017 champion from Oakmont, Pa., finished one stroke back at 141. They were the only three competitors to finish in the red during stroke play.

Bob Royak, of Alpharetta, Ga., the 2019 champion, bogeyed his final hole to finish at even-par 142, along with two of the field’s youngest players who just recently turned 55: Jon Brown, of Adel, Iowa; and Canadian-born Daniel Neveu, of Pinehurst, N.C. Brown became age-eligible one day before the championship, on Friday.

In 2018, Wilson became the first player in USGA history to earn medalist honors in the U.S. Amateur, U.S. Mid-Amateur and U.S. Senior Amateur. He now has two each in the Amateur and Senior Am and three in the Mid-Am. Of course, he’d like to finish off this year’s championship the same way he did four years ago at Eugene (Ore.) Country Club when he captured his lone USGA title. Coincidentally, he shared medalist honors that year with Gregory Condon.

Wilson, who owns a Toyota dealership, knows the difficult challenge of winning any USGA championship. Only twice in the last 37 years has the medalist/co-medalist won the U.S. Senior Amateur: Wilson and John Richardson in 1987 at Saucon Valley Country Club. Last year’s top seed, Tim Hogarth, lost in the opening round in extra holes. 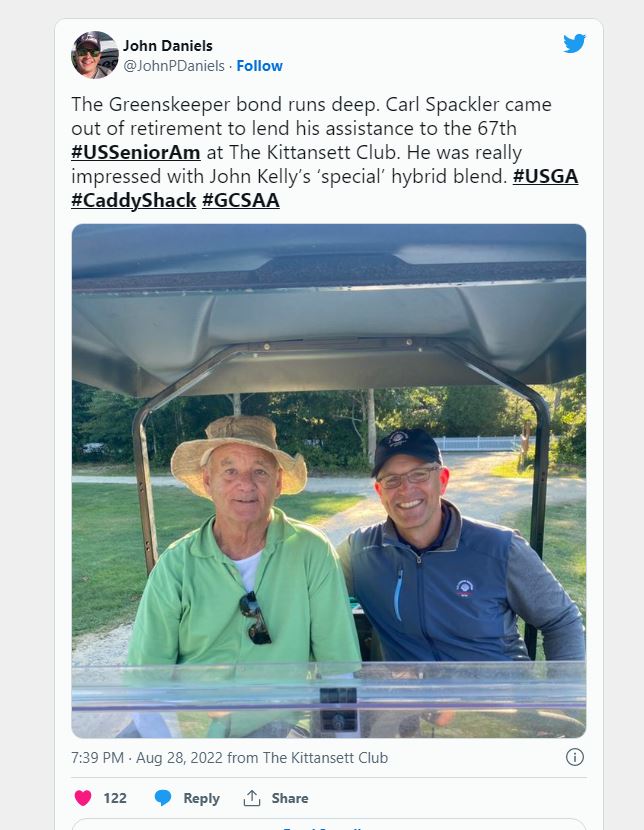 “Yesterday, I played a really good round; today I was a little sloppy,” said Wilson, who is joined by Marvin “Vinny” Giles as the only players to earn low-amateur honors in a U.S. Open and U.S. Senior Open. “I made some bad swings today. But anytime you shoot under par out here, it’s a good score.”

The Canadian-born McConnell, who moved to Florida in grammar school and later attended the University of South Florida, appeared poised to take solo medalist honors before making a triple-bogey 7 on the fourth hole. He followed with a bogey on the fifth, but rebounded with his fourth birdie of the round at the par-5 seventh to close with a 1-over 72.

“The wheels kind of came off there for a couple of holes,” said McConnell. “I hit a rescue club off the fourth tee and caught the fairway bunker with a really awkward stance. I completely shanked the wedge shot I was trying to play and it went into the hazard – it went from bad to worse pretty fast. But I bounced back with some solid swings and a birdie on the last four holes.”

Now he’ll look ahead to match play, where he fell in the Round of 64 in his U.S. Senior Amateur debut last year. McConnell, the 2021 Florida State Golf Association’s Senior Player of the Year, advanced to the quarterfinals of the 1987 U.S. Amateur, losing to eventual champion Billy Mayfair at Jupiter Hills Golf Club.

Two-time champion Paul Simson, 70, of Raleigh, N.C., made match play for the 14th time in 15 starts. He’s a perfect 13-for-13 in opening-round matches in the championship with an overall record of 34-11, which is four shy of the all-time wins mark owned by Lewis Oehmig. 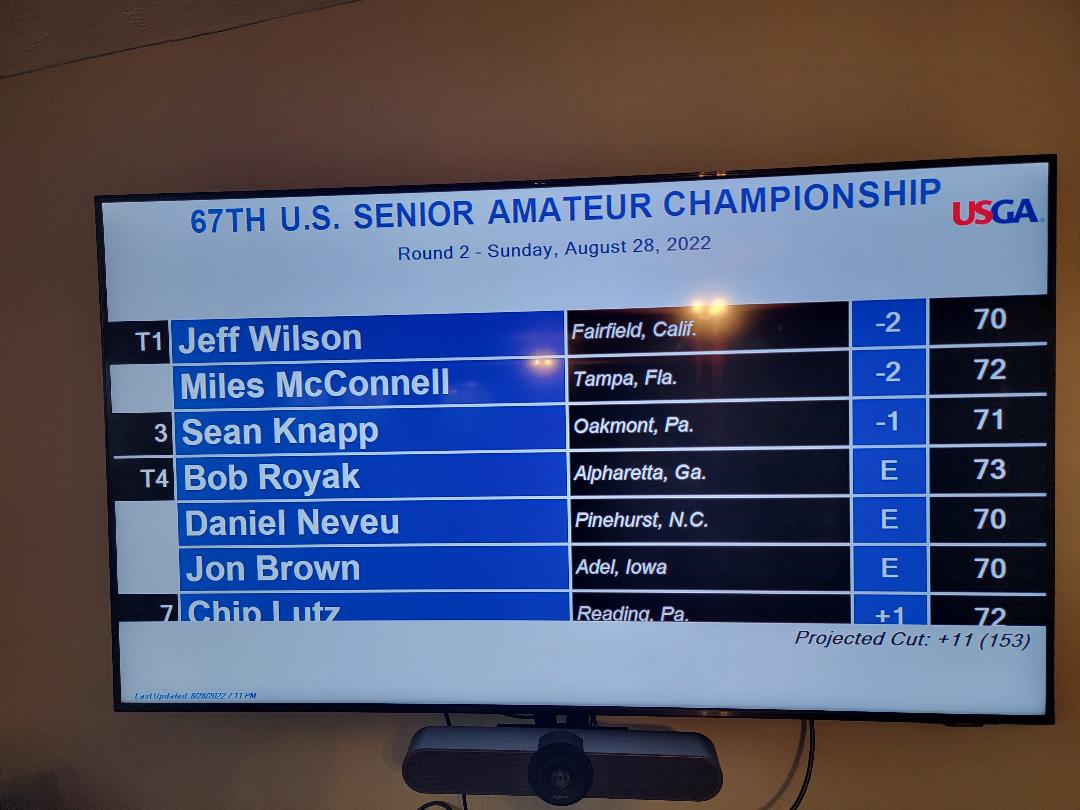 From the four Bay State golfers competing one qualified and one will try to earn their way into the top 64 playing in a 14 for 5 playoff. Fran Vana, a Massachusetts Golf Hall of Fame member and nine-time player of the year, fired a 75 on Sunday to advance with a 36-hole total of 151. He finished T-41 and will square off against Curtis Skinner at 9:12 a.m.

The public is invited to attend. Parking is free. Admission is free. the finals match is scheduled Thursday Sept. 1 at 8 a.m. 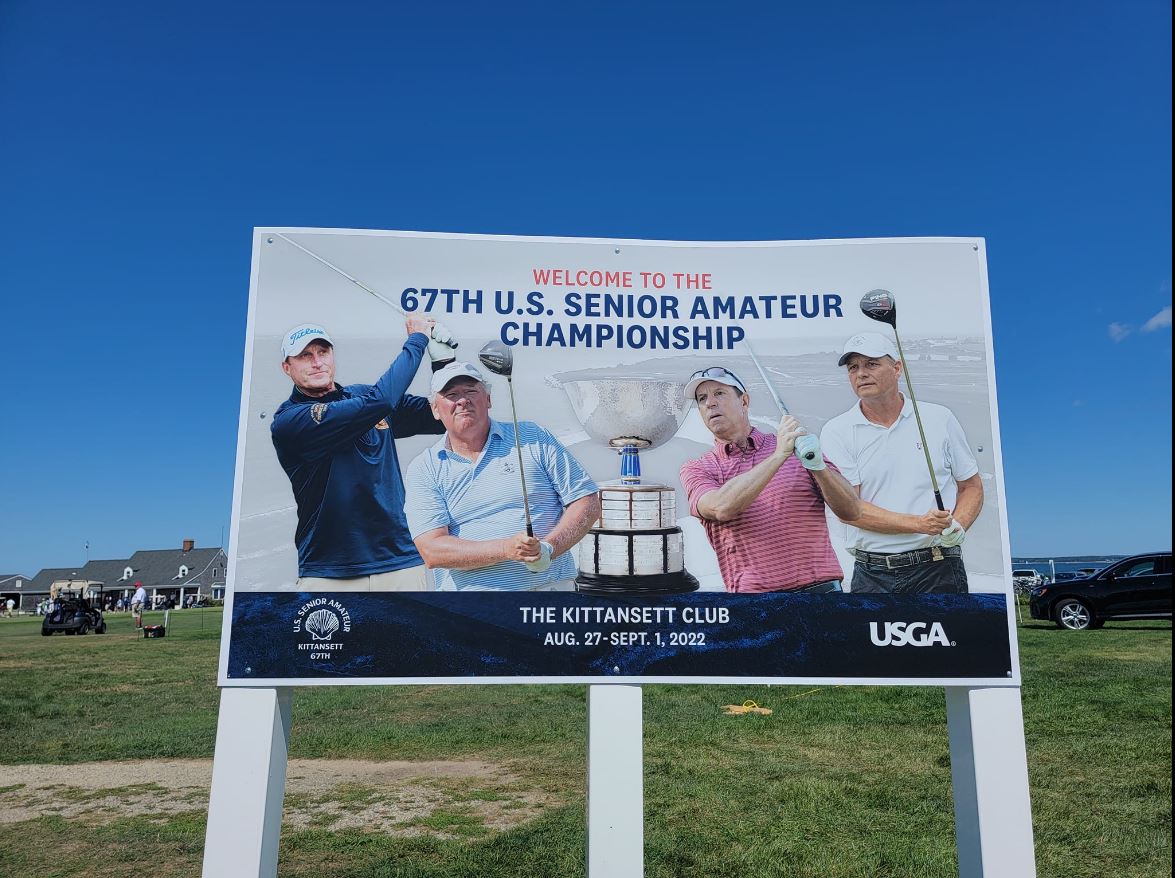