WORCESTER, Mass – Not many golf clubs have the impressive history of Worcester Country Club. In fact, only Pinehurst No. 2 in North Carolina and Hazeltine National Golf Club outside Minneapolis do, but you could make the argument that Worcester CC tops them all.

They are the only three golf clubs that have hosted the U.S. Open, the U.S. Women’s Open and the Ryder Cup. Worcester CC, however, was the first club to do it and hosted the inaugural Ryder Cup. 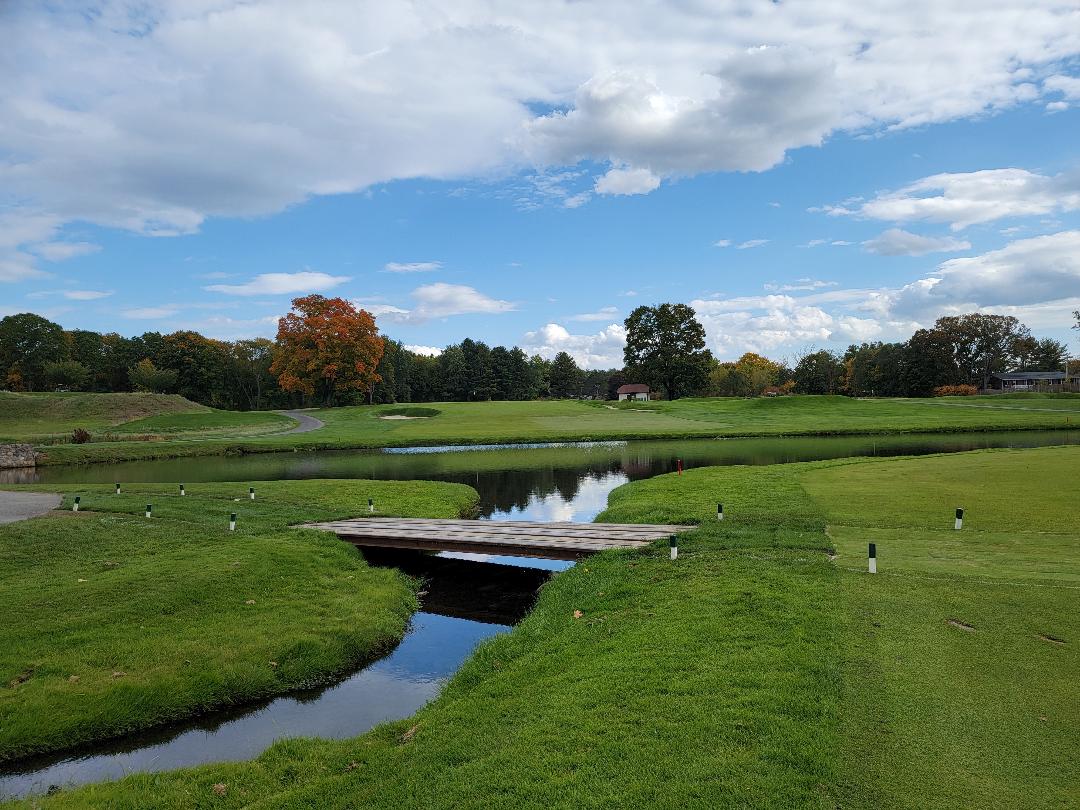 “It’s overwhelming,” second-year Worcester CC head pro Andy Lane said. “It’s very humbling to be here every day. When you pull into the driveway, I envision all the history every single day I come here. It’s one of the big things that attracted me to the club.”

Bobby Jones lost the 1925 U.S. Open at Worcester CC in an 18-hole playoff against Scottish golfer Willie Macfarlane. Jones could have won the championship if he hadn’t called a penalty stroke on himself during the opening round. Jones saw his ball move slightly in the rough on the 11th hole after he touched the grass with his club. No one else saw his ball move so tournament officials left it up to Jones to make his own ruling and he assessed himself a penalty stroke. 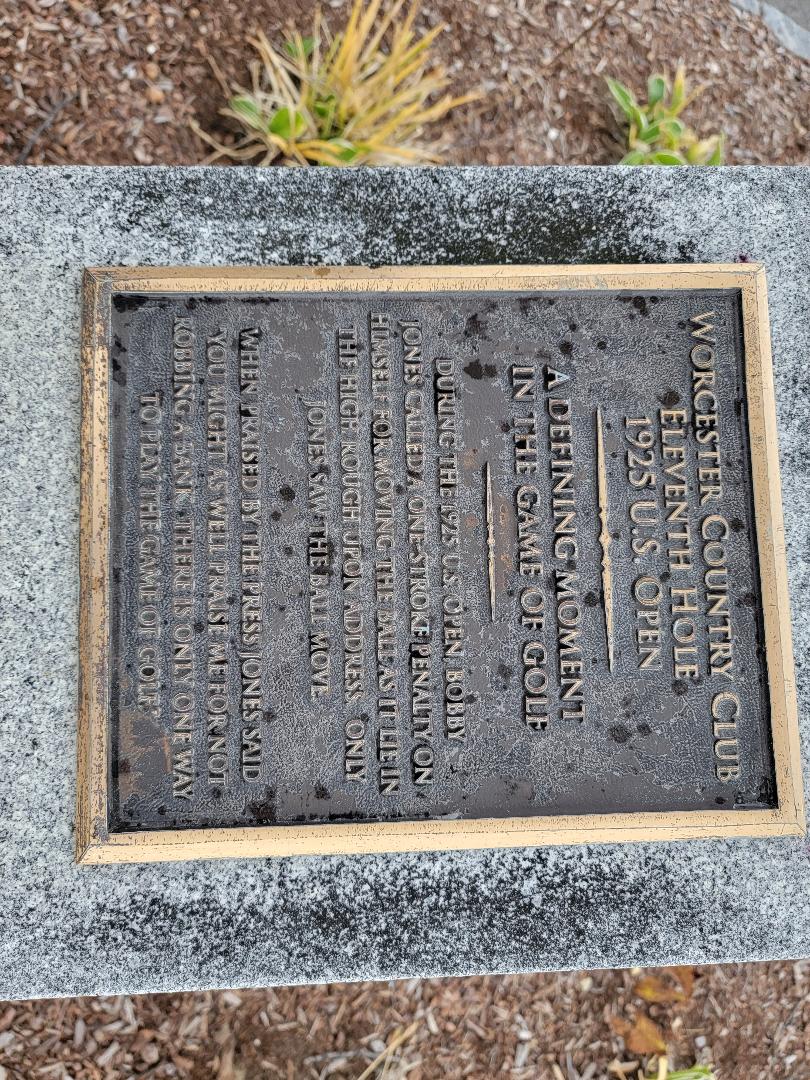 When the media praised Jones for his sportsmanship, Jones answered with one of the best known quotes in golf: “You might as well praise me for not robbing a bank. There is only one way to play the game.” The quote is printed on a monument near the 11th tee.

“Not enough people talk about or are aware of it,” Lane said. “In some regards, that changed the integrity of the game and it’s lasted 100-plus years because of that one moment right up there on No. 11 at Worcester Country Club. It’s an iconic moment in the game that really helped shape the game. It’s not talked about enough, quite frankly.”

When the pro shop was remodeled last year, Lane framed and hung photos he found in the USGA archives, including one of Jones and Macfarlane playing the 18th green during the playoff. 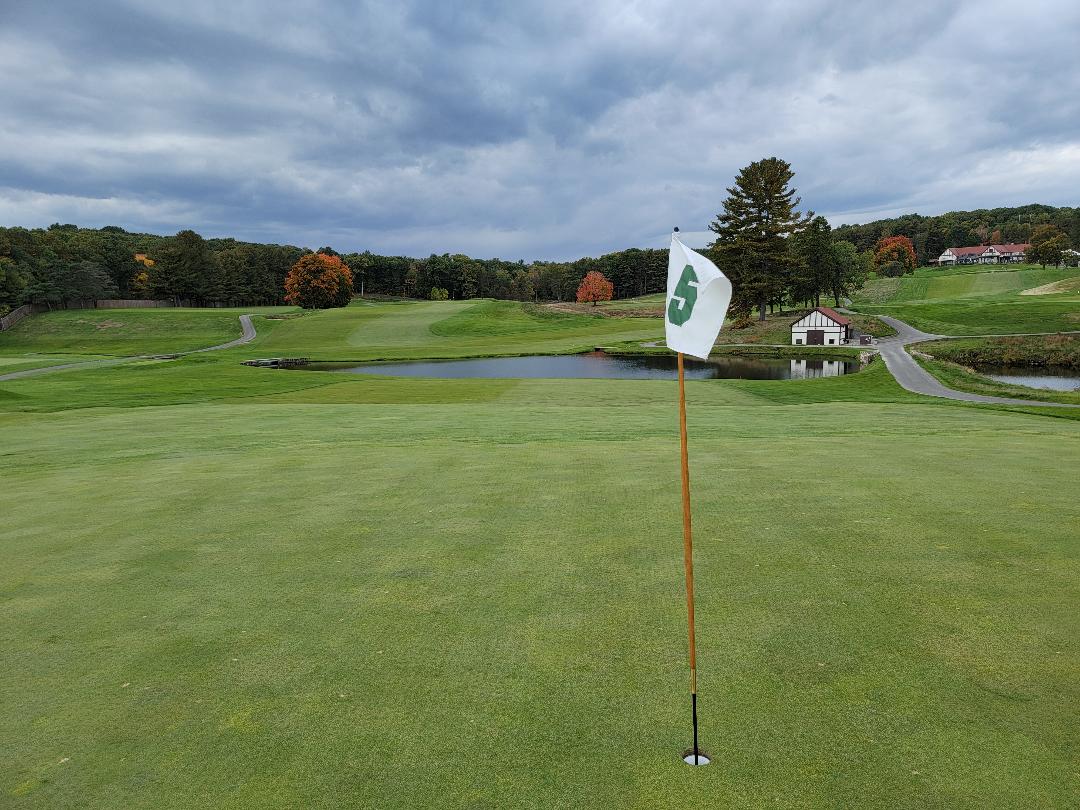 “I don’t think even some of the members who have been here for 50 years had seen these photos,” Lane said, “which is shocking to me.”

Lane especially likes the framed photo of Great Britain captain Ted Ray playing the 18th green with American Leo Diegel during the Ryder Cup because he feels a connection with Diegel. Lane was an assistant pro at Hillcrest CC in Los Angeles from 2015-2018 and Diegel won the 1929 PGA Championship there.

Replica trophies for the 1925 U.S. Open and the 1960 U.S. Women’s Open are on display in the clubhouse, but Lane had the replica trophy for the 1927 Ryder Cup moved to the pro shop.

Walter Hagen, another golf legend, carded his first hole-in-one during a practice round in the 1925 U.S. Open at Worcester CC. 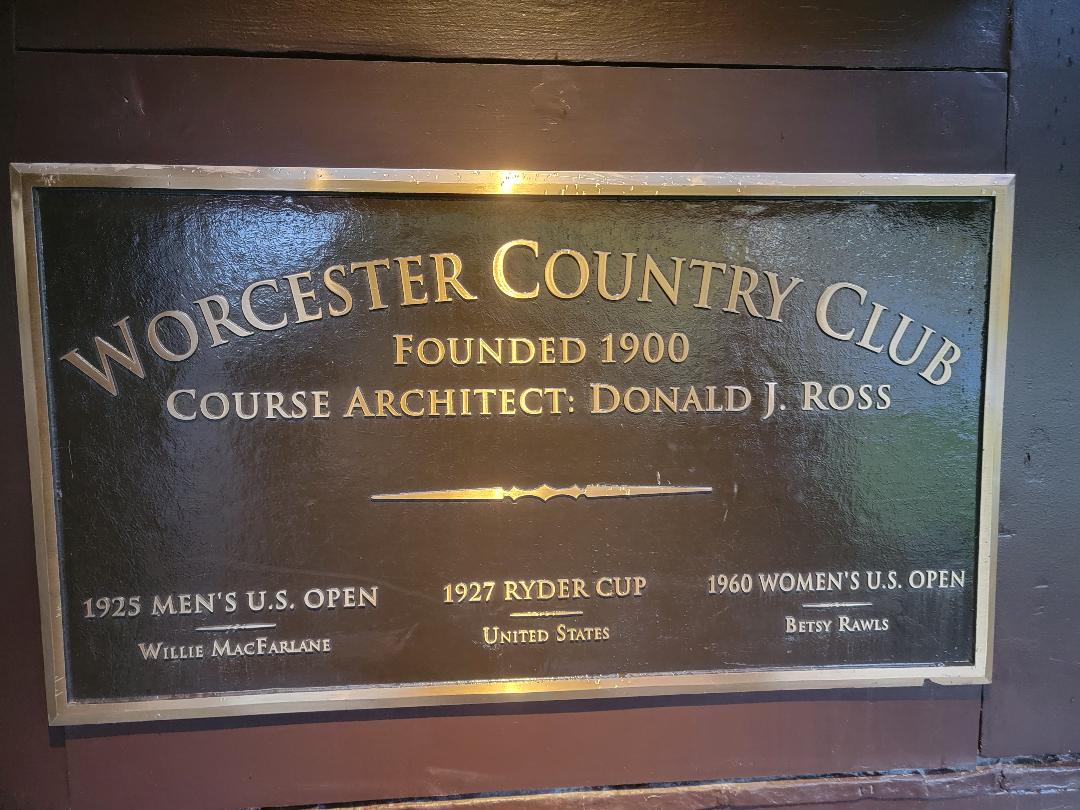 Scotsman Willie Ogg, who served as head pro at Worcester CC from 1920-1944, was instrumental in arranging for his club to host the inaugural Ryder Cup in 1927. Ogg was one of the founding members of the PGA of America, which administers the Ryder Cup, and he served as vice president. The U.S. team, led by Hagen and Gene Sarazen, defeated Great Britain, 9-½-2-½, at Worcester CC.

In 1960 at Worcester CC, Betsy Rawls won her fourth U.S. Women’s Open. Judy Rankin, then 15 and known as Judy Torluemke, was the youngest player to win low amateur honors. 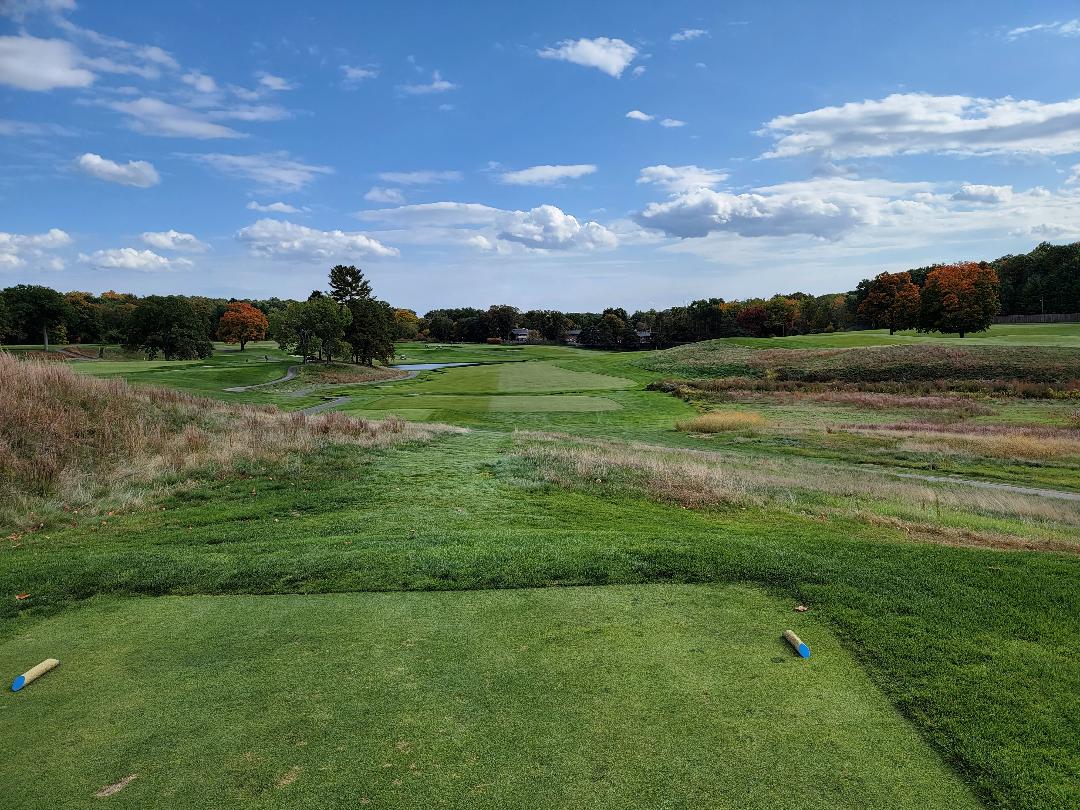 “To follow up the 100-year anniversary with the Ryder Cup would be pretty special,” Lane said. 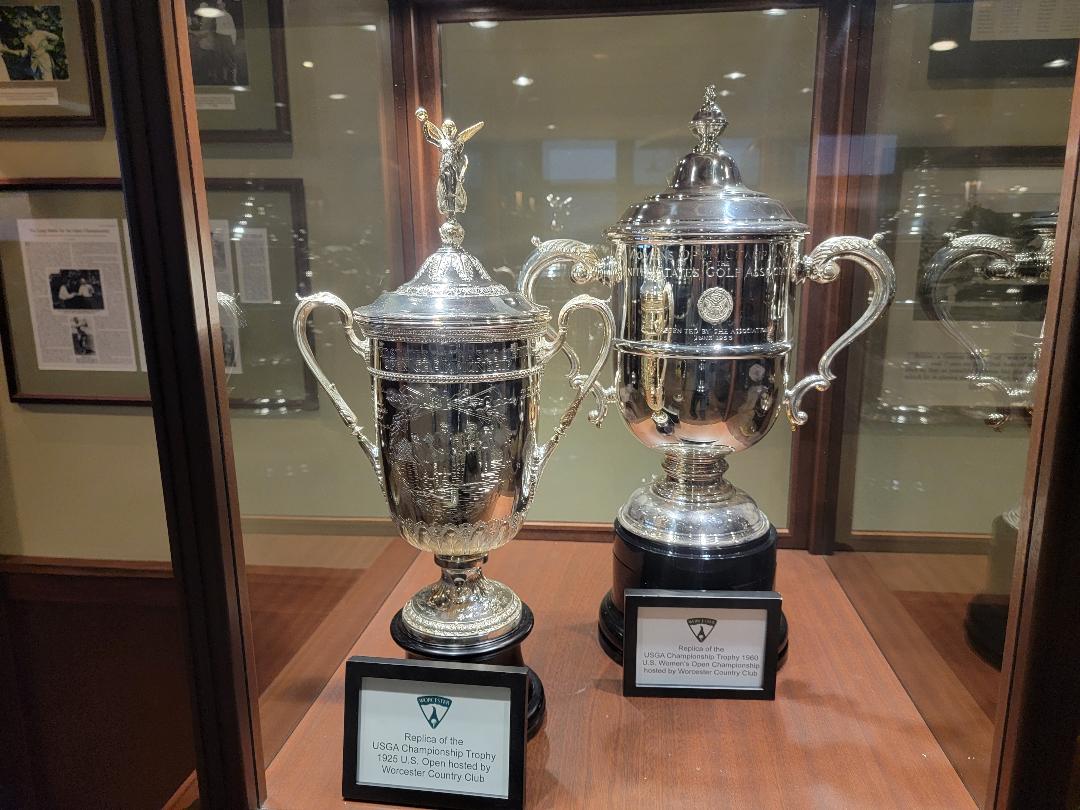 Worcester CC was founded as Worcester Golf Club in 1900 and relocated to its current site on Rice Street in 1913. Donald Ross designed the new, 18-hole layout for the private club and on Sept. 29, 1914, former President William Howard Taft hit the ceremonial first tee shot during the opening dedication. 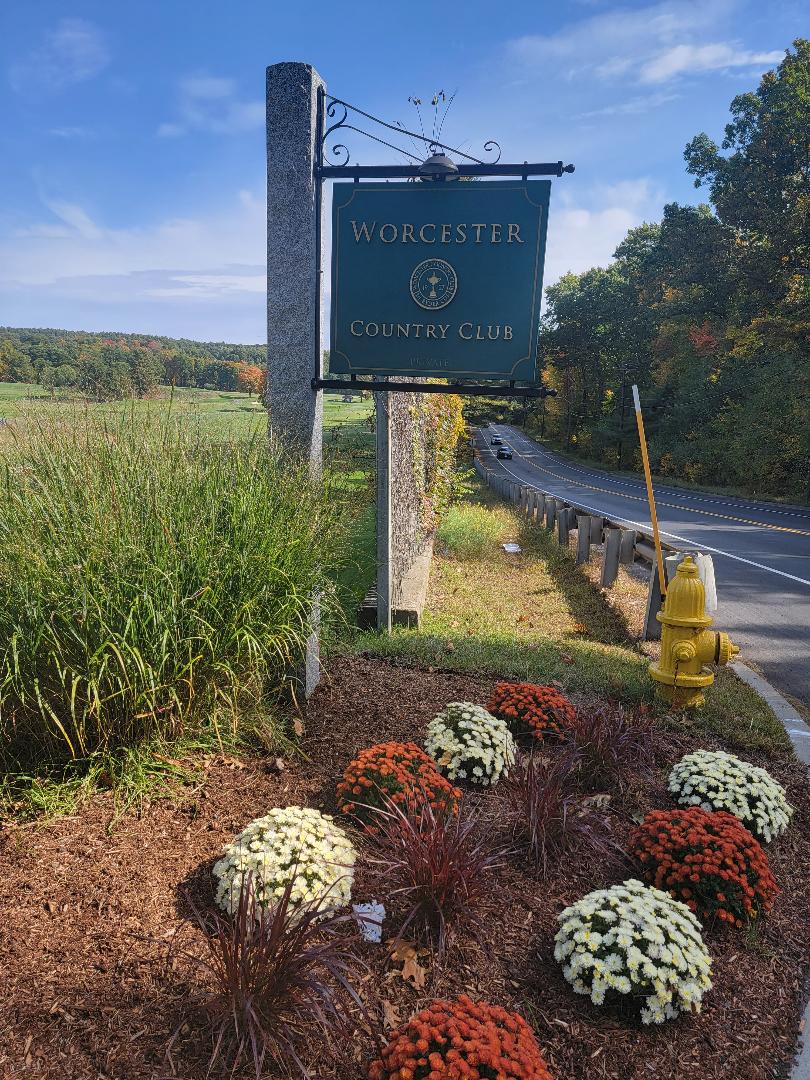 Worcester CC plays 6,711 yards from the tips and to a par of 70 with five par 3s, four of which play between 195-235 yards. Lane said the majority of members hit drivers on the 235-yard, par-3 fourth hole to an elevated green.

The layout is interesting and challenging, prompting the club to say on its website, “Boredom is not spoken here.”

“It’s probably one of the top courses in the state because of the variety of holes,” Lane said. “It’s challenging but it’s also enjoyable at every level. It’s an amazing piece of property that Donald Ross designed and we’re all gifted that we get to play it and look at it every day.”

Nevertheless, the club continues to try to improve. Next fall, noted golf course architect Gil Hanse will restore the bunkers and lower the 11th green to its original position.