The week started with news that Tom Brady, at age 45, will return at quarterback for one more year trying to lead the Tampa Bay Buccaneers to their second Super Bowl in three years.

For golf fans, the news is even better, since the PGA Tour is in town with some of golf’s biggest names teeing it up March 17-20 at Copperhead Golf Course at Innisbrook Golf Resort in the Valspar Championship.

Designed by Larry Packard, the 18-hole par-71 Copperhead Course features five tee boxes for golfers to choose from and runs nearly 7,300 yards during the Valspar Championship. Both the fairways and greens at Copperhead are made from Bermuda grass. Copperhead brings the natural landscape into play with fairways lined with pine trees, deep roughs, water hazards, and undulating terrain that continues to challenge golfers at all levels. The Copperhead Course quickly became one of the PGA’s most difficult courses with its famous “Snake Pit.”

Easiest Hole: The par-5, 11th hole, named “O’s Alley”, is a long and narrow track that runs 575 yards. Its scoring average at 4.668 is the lowest of any of the par-5’s on the Copperhead Course. This hole plays relatively straight and seems to carry your tee shots further once it hits the fairway giving you a good chance to pick up a stoke but watch out with the approach shot to a well fortified green with bunkers in front just waiting for a miss-placed long iron. The smallest percentage of bogeys on the course occur at this hole.

Most Difficult Hole: The par-4, 16th hole “The Moccasin”, this intimidating par-4 16th hole runs 475 yards. Its scoring average at 4.300 is the highest of any of the par-4’s, and it is the longest par-4 on the Copperhead Course. Water runs along the right side to about 90-yds from the green. Trees along the entire length of the lefts side of the fairways seem to be stretching their branches towards the fairway. It’s a challenging hole that requires two well placed shots. It is also the first of three finishing holes that are collectively called “The Snake Pit.” 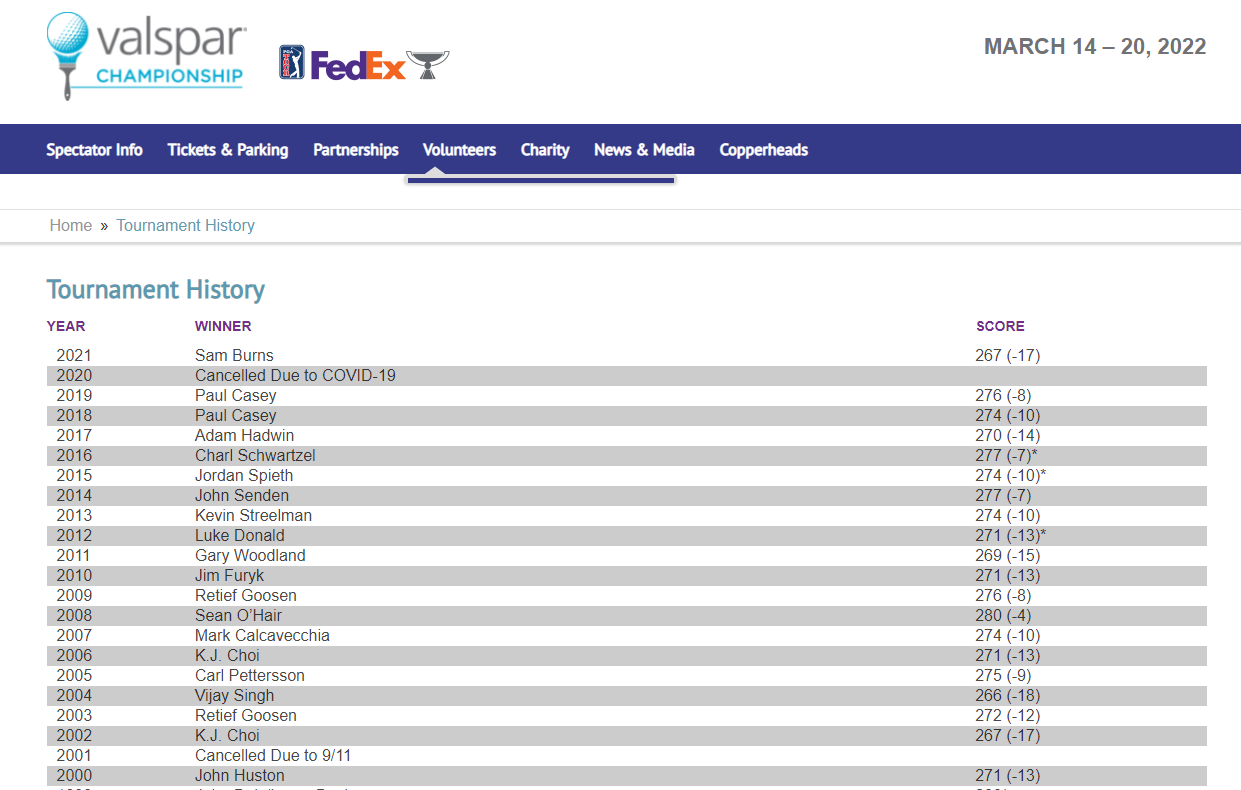 Sam Burns earned his maiden PGA Tour victory in 2021, where he finished three shots clear of Keegan Bradley. Burns fired a best of the week 63 (-8) in the second round en route to the title. He returns this week to defend.

Five of the top-10 in the Official World Golf Ranking are scheduled to tee it up at the Valspar Championship, led by second-ranked Collin Morikawa. The American is set to make his debut this week and will be looking to bounce back after a missed cut at the Players Championship.

Third-ranked Viktor Hovland, is also scheduled to take part. The Norwegian finished in a tie for third last year, only three shots back from Sam Burns. Hovland will also be buoyed by his T9 finish at the Players Championship, which saw him climb eleven places on the final day.

Xander Schauffele and former FedEx Cup champions, Justin Thomas and Dustin Johnson, are the other top-10 in the world scheduled to take part. Johnson finished T9 at the Players Championship after a course record equaling 63 in the final round. 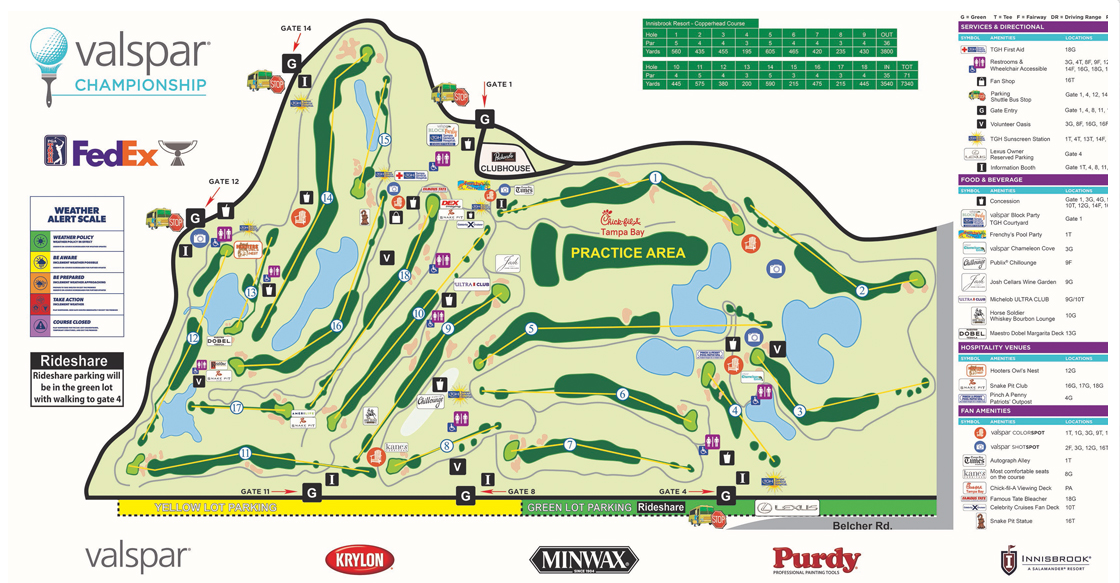 Alex Fitzpatrick, brother of Matt Fitzpatrick, has earned a sponsor exemption in the field after his victory at the Valspar Intercollegiate. Fitzpatrick is ranked No. 5 in the PGA Tour University Ranking and No.6 in the World Amateur Golf Ranking. He has represented Great Britain and Ireland in the Walker Cup twice.