In all, 46 different lofts of clubs in right-handed clubs and 20 lofts in left-handed models are covered in this massive launch by Tour Edge.

“To round out our biggest launch in our 34-year history, we have the Extreme Game Improvement spec 521 series made up of individual iron-woods and a complete iron set made up of those iron-woods,” said Glod. “These irons are at the top of the list for the easiest to hit irons in the game. There’s also an extreme game improvement E Series wedge in three lofts. On the Competition Spec side is the new Hot Launch C521 Irons, a traditional cavity back distance iron set.” 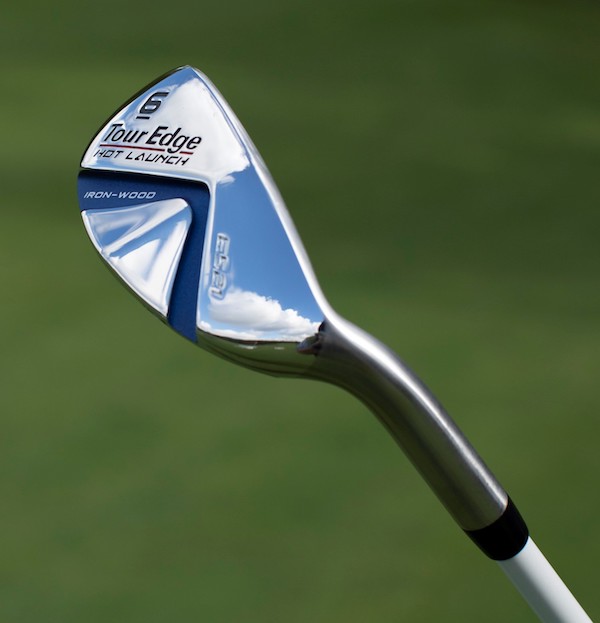 The 17-4 stainless-steel Hot Launch E521 Iron-Woods feature one of the lowest centers of gravity available in an iron design and boasts a thinner and lighter forged steel crown that increases ball speed.

Tour Edge iron-woods have been setting standards for decades as industry pioneers in hybrid club advancements. Glod coined and patented the “Iron-Wood” name in 1999 and is a leading designer in hollow-body iron designs.

The hollow-body Hot Launch iron-wood hybrid designs from Tour Edge have consistently ranked as the most forgiving and easiest-to-hit Super Game Improvement irons in golf.

The Hot Launch E521 iron sets come in the form of the complete set of iron-woods and are also available individually in every loft in both right and left-handed.

The complete set of Hot Launch E521 Iron-Woods is available as a 7-piece set and the customer and fitter will have the option to choose between a 12-club matrix to get into the correct lofts for the particular needs of the golfer.

For example, the complete iron-wood set could end up being 4-iron through Pitching Wedge or a 5-iron through Approach Wedge. The Hot Launch E521 Wedges covered below will also be available in the 12-club matrix as Gap, Sand and Lob Wedges. 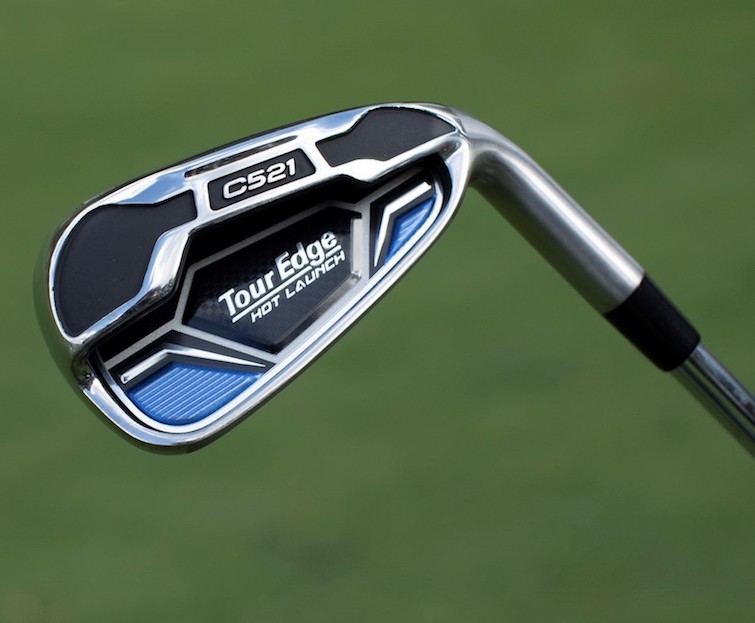 The Hot Launch C521 Irons are maximum distance and forgiveness irons in a traditional cavity back design. The C Series 521 irons are made with the extremely soft 431 stainless steel, providing the optimal feel for players of all levels.

The Hot Launch C521 Irons come as a 7-piece set with options from 4-iron to 9-iron, as well as a Pitching Wedge, Approach Wedge, Sand Wedge, and Lob Wedge. The entire set will be available in right and left-handed models.

The vast undercut cavity allows weight to be moved away from the face and into the sole for a higher M.O.I. and high Characteristic Time (CT) rating with faster ball speeds. The M.O.I. of the clubhead was increased by 10% for significantly improved forgiveness and dispersion.

Chamfered Face – A Chamfered Face around the topline and leading edge of the iron allowed for an increase in face height and topline thickness without affecting the traditional shape of the Hot Launch C521 Irons.

The Hot Launch E521 Wedge features a super-wide sole that puts more weight below and behind the ball, making it easy to get the ball into the air.

The dual-flange sole design features 14-degrees of bounce allowing the wedge to glide through the turf or sand without digging in and promotes extreme open-face wedge shots.

The wedges are also available as part of the Hot Launch E521 Iron-Wood set as the Gap, Sand and Lob Wedges.