KAPALUA, Maui – As with many golf courses created by the team of Bill Coore and Ben Crenshaw, the Plantation Course here is larger than life. Its wide fairways and severe elevation changes – as much as 500 feet – combined with the blue waters of the Pacific Ocean and the islands of Lanai and Molokai in the background, put the Plantation Course at the top of many golfers’ bucket lists. That’s without mentioning the whales, which rise like skyscrapers from the Pacific this time of year and are visible from almost every hole.

The enhancements Coore and Crenshaw have done the course, which re-opened this past November and had its coming out party this past week as host of the PGA Tour’s Sentry Tournament of Champions, have made the Plantation that much more a “must play’’ in Paradise.

Coore and Crenshaw each have a strong bond with the course – with good reason. The Plantation is the course that launched the duo’s career as one of the great design teams in golf history. It paved (or grassed) the way for such Coore and Crenshaw designs as the Red Course at Streamsong Resort in Bowling Green, Fla; Sand Valley in Nekoosa, Wis; Bandon Trails; Sand Hills Golf Club in Mullen, Neb; and Bandon Preserve and Bandon Trails in Bandon, Ore.

The course – spread over 107 acres of an old pineapple plantation – opened in 1991 to rave reviews that’s still receiving. But it was time, Coore said, to re-visit the Plantation’s original design. 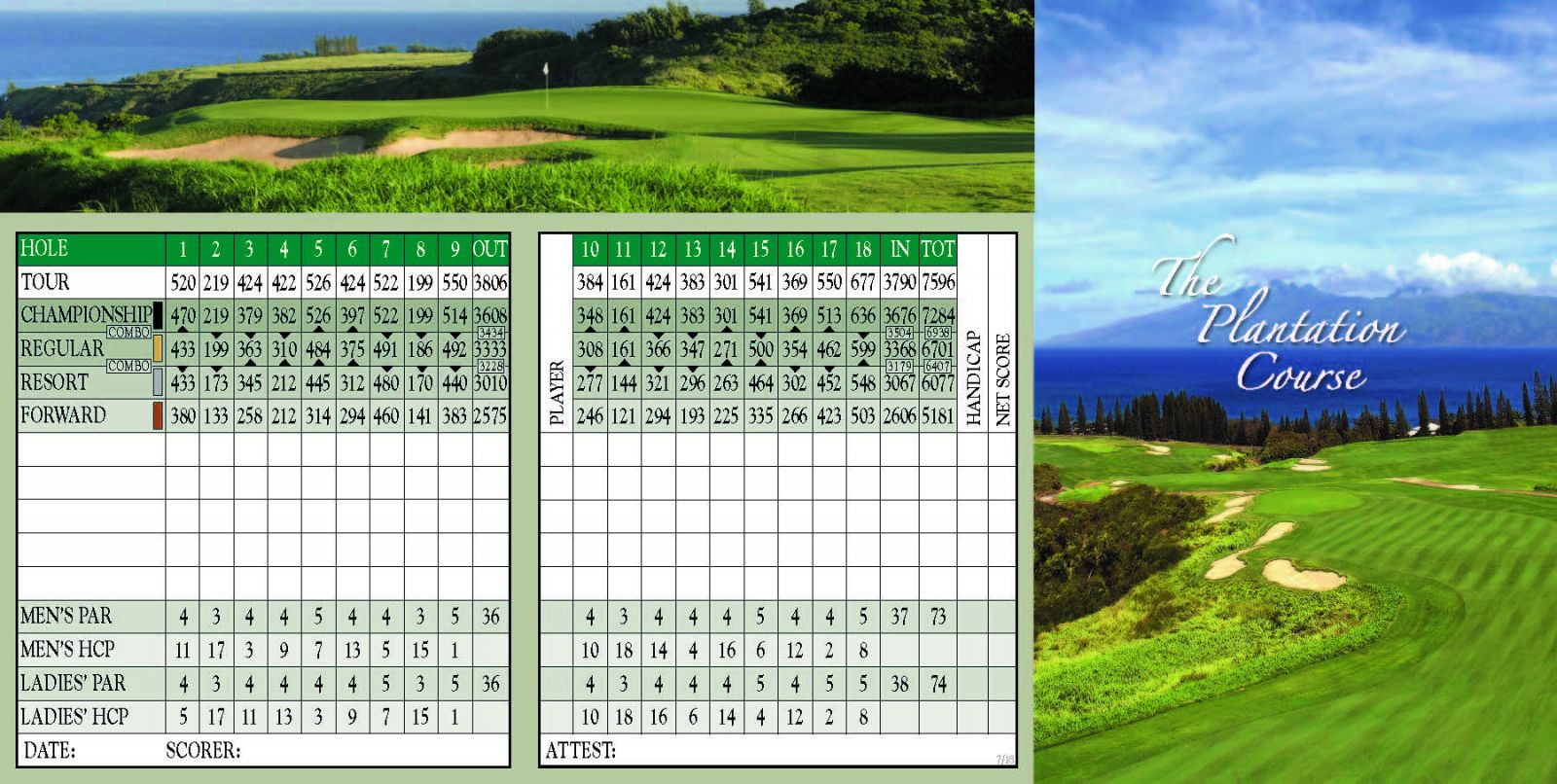 “As you might imagine, like all of us, Ben and I look different than we did then,’’ Coore said. “The golf course had been a living, breathing, growing thing for all those years, never having winter here, never with the grass going into dormancy. It was constantly growing. And through that process, the fairways got much softer, much slower. The golf course played considerably different, actually quite the opposite of its original intent, which was to be able to use the ground to access the greens, to get balls on the ground using the ground with the wind to get to certain positions on the greens.

“That had been lost, which in turn made it easier for the very best players in the world and more difficult, we thought, for the resort players who were coming here to have fun. That was one of our primary intents in this.’’

The Plantation’s original greens, for example, have been “calmed down a bit,’’ Crenshaw said, which allows for more pin placements, an important factor for any resort course.

“The No. 10 green and No. 13 green were probably the most two problematic greens on the course,’’ said Crenshaw, a two-time Masters champion and one of the PGA Tour’s all-time great putters. “No.10 was on a side hill, and 13 was, too, but it’s perched way up, so we broke them up into different contours. I think that they’ll be much more fun to play, and the ball will hold a little bit better in certain compartments.’’

While some of the world’s best players took aim at the Plantation this past week, Coore and Crenshaw renovated the 7,411-yard course (par 73) with resort players in mind.

“Every course that Bill and I do, you have to keep the average golfer in mind, those people who support the course whenever the Tour leaves,’’ Crenshaw said. “I will say this, that we would not have routed the course any differently than what it is now. Now, we made every effort to accommodate lesser handicapped people because of its width. First of all, we had to match the scale of the property.
The scale is enormous on this course. So to do anything sort of in a small endeavor wouldn’t look right. It wouldn’t fit.

“So yes, it’s accommodating, it’s inviting. We envisioned the ball running. And what that means is, we think that’s a great help to the average golfer if you can put the ball towards the objective and it can run on. I think an exciting thing for a lot of people who play here is to let the ball, whether they planned it or not, whether the ball goes towards the objective and lands 40 yards out in front or runs up there and runs up by the hole, I don’t know what could be more exciting that way. Yeah, it takes a little getting used to, but that’s the nature of this property.’’