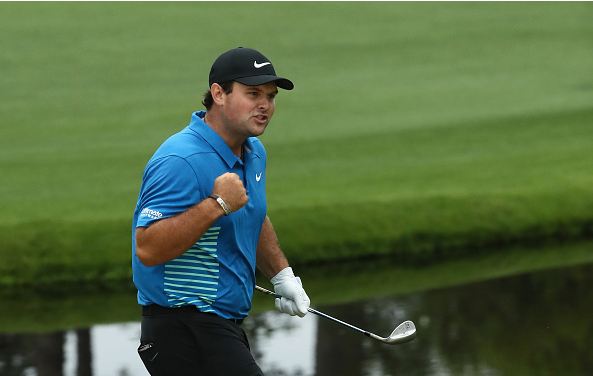 (Editor’s Note: This article was written by Jeff Smith for Pro Golf Weekly.)

Patrick Reed shot a 5-under 67 on Saturday and will take a three-shot lead over a hard-charging Rory McIlroy into the final round of the Masters Tournament.

Reed finished his third day at Augusta National with four birdies, three bogeys, and a pair of eagles en route to a third-consecutive round in the 60s to reach 14-under par.

In a rematch of their historic Ryder Cup match, Reed will be paired with McIlroy in Sunday’s final group. This time they’ll be playing for a green jacket.

“I think the biggest thing is just going out and playing golf, trying not to let the moment take over me,” said Reed, who could become the first player in Masters history to shoot all four rounds in the 60s.

“I just need to hit golf shots, play the game and not worry about anything else. I’m just going to do my thing, stick to my game plan and go out and enjoy Sunday.”

McIlroy started the day five off the lead, but quickly found himself tied for the lead after a six-hole stretch (Nos. 3-8) comprised of three birdies and a chip-in eagle. A back nine of seven pars and two birdies, including one on the 18th, saw McIlroy signing for a tournament low 7-under 65 and a three-day score of 11 under. “Patrick has a three-shot lead, and all the pressure is on him,” McIlroy claimed. “I feel I can go out and play as if I have nothing to lose. But this isn’t a two-horse race.”

Just two back of McIlroy and five from Reed was Rickie Fowler, who also shot a bogey-free 65 to sit solo-three at 9-under par, one clear of Jon Rahm (65).

Fowler entered last year’s final round tied for third only to end up T11 after a 76 on Sunday. He’s hoping for better results tomorrow.

“The big thing is sticking to what we have been doing all week and not getting any more aggressive or defensive, especially on the first nine,” said Fowler.

“I need to continue to stick with our game plan and go through the process like we have been doing all week, not getting too quick and making sure we’re staying patient and that I am ready to commit and hit each shot. And if I make a bad swing, I need to deal with the consequences and then move on.”

Henrik Stenson was seven shots back at 7-under par after a third-day 70.

QUOTABLE
“It’s the last round of a major championship, and we’re both going for … Patrick is going for his first and I’m going for something else. It’s going to be good fun.”
– Rory McIlroy

Jeff Smith is a Producer for Pro Golf Weekly.