BALTIC, Connecticut – Over the past 50 years, Ron Garl has designed or remodeled close to 300 golf courses worldwide with emphasis on worldwide.

He’s also designed or remodeled courses in Puerto Rico and 18 states in the U.S., including more than 100 in his home state of Florida, second most in the Sunshine State to Tom Fazio.

Mohegan Sun Golf Club, however, is the first course he’s remodeled or designed in New England.

A handful of years ago, Krick approached Garl about building an additional nine holes at Mohegan Sun GC. That project hasn’t happened yet, but Krick recommended Garl to remodel the existing 18 holes.

“Obviously,” Krick said, “Ron is one of the most reputable golf course architects in the world. What impressed me with Ron is his approach to projects. He truly wants to understand the ownership’s interests and goals. It’s not about Ron’s ego. It’s really about the success of a project and development. He understands the big picture.”

Unlike the case with some other well known golf course architects, there is no typical Garl design. Each design is different and fits the landscape.

“Mother Nature is the best architect there is,” he said. 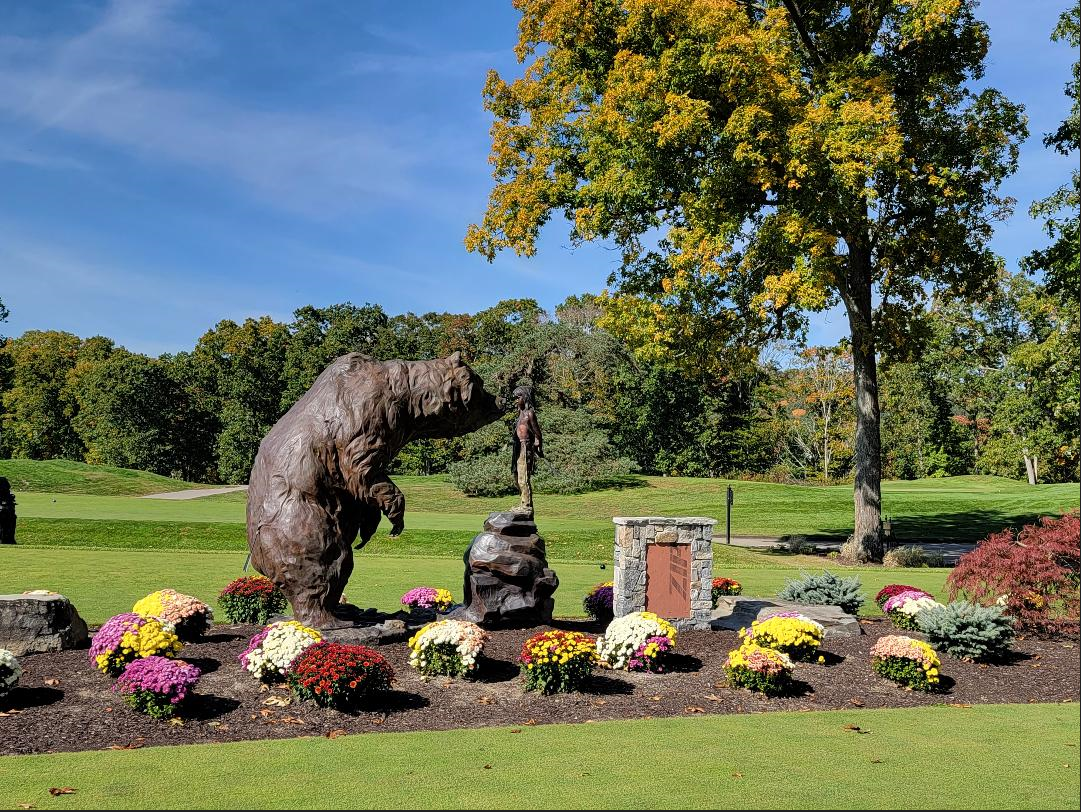 He believes that a golf course should “sit softly on the land.” He doesn’t try to bulldoze everything.

“Once in a while I get a great site and I do my best not to mess it up,” he said.

Garl also believes in environmentally friendly projects that maximize and enhance the land’s natural characteristics. Due to his environmental work, in 1995 the Indian River Club in Vero Beach, Fla., was the first course to receive Audubon International’s highest award, the Audubon Signature Cooperative Sanctuary Status.

Garl understands the goals of golf course owners because he owns two golf courses and owned six at one time. He’s also a passionate golfer.

Garl was once a scratch golfer who won a number of local events in Florida when he was young. His brother, Richard, became a club pro in Florida, but he preferred working on the grounds crew. He grew up close to a golf course and he mowed greens as a teenager and fell in love with it. Then he got into design.

Maybe most important of all, Ron Garl listens to his customers.

“We listen a lot,” he said. “Unfortunately, most people in the golf business don’t listen enough. Let’s listen to what the players want.”

Garl meets with men’s groups and women’s groups at clubs to learn which improvements they’d prefer. He makes golf courses more enjoyable and fun to play because market studies have shown that’s what most golfers want.

“Long, hard and mean,” Garl said. “That was the Pete Dye era, but that is dead and gone.” 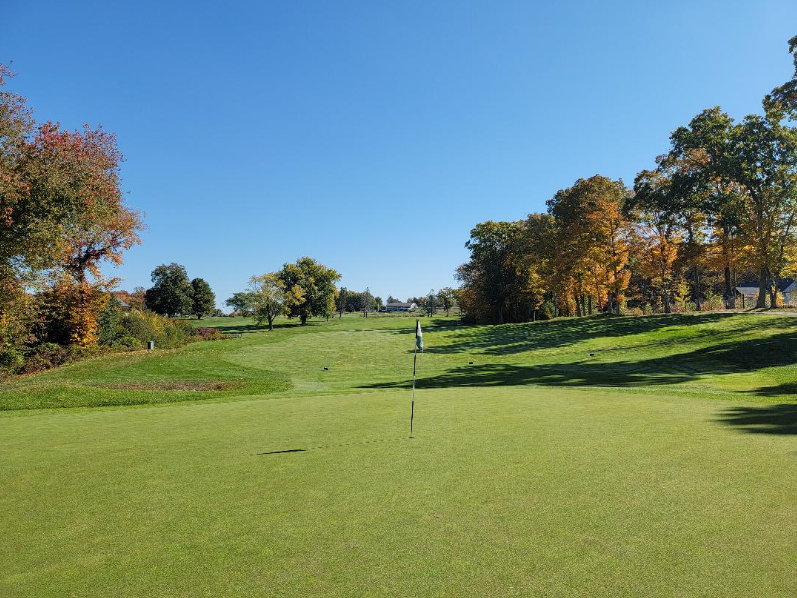 This will be the second winter that Garl will renovate Mohegan Sun GC, which is located about a 20-minute drive from the casino and hosts 26,000 rounds a year. He’s removing some fairway bunkers that penalized only high handicappers and some other bunkers from in front of greens to make them more accessible for the average players. He’s raising some bunkers that were too deep and renovating every bunker on the course.

“We’ve made it so that people play faster, make it more enjoyable and people will want to come back,” he said. “That’s what golf is really about today.”

This winter he plans to build new, less sloped greens on the third and 12th holes. Garl was at Mohegan Sun GC this week and he expects to finish his work by the spring of 2024.

At the University of Florida, he received a Bachelor of Science degree with a specialization in turf grass and in 2003 he received the university’s Distinguished Alumnus Award. He earned the first full-ride college scholarship from the Florida State Golf Association and went on to serve as the association’s youngest president in 1979.

In addition to his design work, Garl has been a longtime visiting professor at the University of Florida and he’s also taught in Costa Rica, Colombia and China.

“I love teaching,” he said, “because you get to share your experience. Most people learn out of a book and most teachers don’t have real world experience.”

Tiger Woods earned his first international victory in 1998 in the Johnnie Walker Classic on a course Garl built from scratch in Thailand, the Alpine Golf and Sports Club. Woods played in the event in part because his mother, Kultida, was born and raised in Thailand. 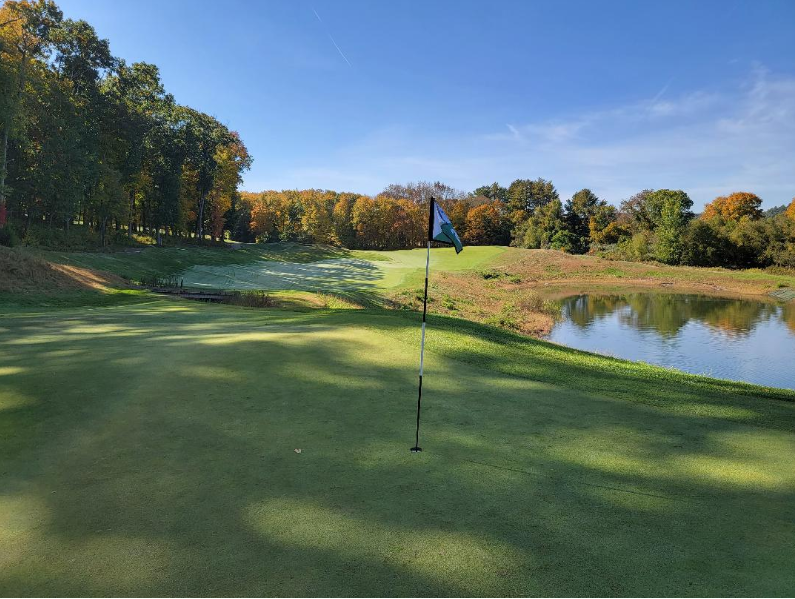 When it was suggested that Woods owes his success to him, Garl laughed and replied, “He had a little bit of talent.”

This year, two prestigious events were held at courses Garl designed in Fort Myers, Fla. In February, the LPGA Tour held a tournament at Crown Colony Golf and CC and last month the U.S. Women’s Mid-Amateur was contested at Fiddlesticks CC.

Garl is proud that the PGA Tour, LPGA Tour, PGA Tour Champions and PGA Tour Canada have held events on 36 of his golf courses.

In the first year after he renovated the Links Course at Longboat Key Resort Club near Sarasota, Fla., in 2015, 155 new members signed up and each paid a $100,000 initiation fee. That amounted to $15.5 million for the club before annual dues were even paid. 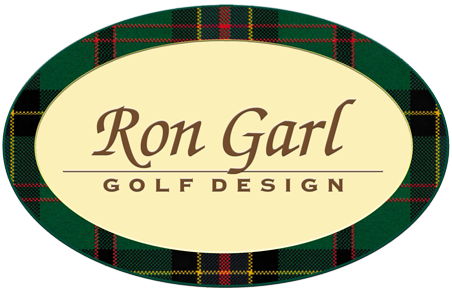 His successful career has enabled him to afford his own airplane. One night in the 1980s he flew over Grenelefe Golf and Tennis Resort in Haines City, Fla., and he radioed a friend who shined his car lights onto the driving range so he could land on it.

“The next day when I went back and looked at it, I said, ‘I’ll never do that again,’” he said with a laugh.

Pautipaug CC was designed by Geoffrey Cornish and opened in 1960. Mohegan Sun Casino bought it in 2008 and renovations by Robert McNeil were completed by 2011. Ron Garl is the first to remodel the course since.