THE VILLAGES, Florida – Playing golf an average of 200 times a year here in The Village’s and other Central Florida Golf Courses, I feel confident that my observations of what constitutes a good round of golf, a properly maintain golf course, and Rangers who do their jobs are based on facts not fiction.

I also know that on most courses that the levels of a golfer’s abilities can run the gamut from beginners to a low handicap golfer. This mixture of golfers, all playing on the same 18 hole course, is a long day of golf in the making. The combination of skill levels, coupled with golf courses shorting the time between starting times (to increase revenue), is a disaster waiting to happen.

Let’s take a look at some of the slow play issues that occur on most golf courses. 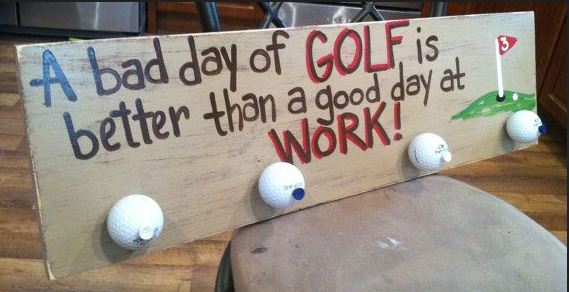 There is nothing more tedious than waiting shot after shot, hole after hole, because some golfer in front is too busy answering his mobile phone to get out of the cart and play his shot when it’s his turn. Or the The guy who stands on the green marking his card after putting out. Or how about the guy who is not happy with his shot so he puts another ball down and has another go… yes, we all do it from time to time, but not when someone is waiting behind you.

And then of course there is the guy who is obviously playing in the US Open, given the amount of time he takes over every shot. Seriously, those eight practice swings really aren’t going to make difference. A lot of golfers do not know how to play out of a golf cart efficiently. That is, they will drive to one side of the fairway, look for a player’s ball, that player will finally decide how to play the next shot while the other is just sitting there. Then they will drive across the fairway to the other player’s ball and go through the same routine. It can easily add five minutes per hole – which is an hour and a half for the entire round if done on every hole!

Or they will park their cart well short of a green, finish out the hole with however many bunker shots or chips or putts it takes, then walk back to their cart enjoying the scenery and trying to find the right slots for a hand full of clubs. Most golf courses have Rangers constantly moving around the course to insure that golfers abide by the posted rules and regulations of the course and to monitor the pace of play. Unfortunately, whenever there appears to be a major disruption with pace during a round a conversation with a Ranger in most cases goes like this:

After a recent round, I noticed that none of the bunkers had rakes. I addressed this situation with the General Manger as a follow up to an article I was writing about the course. He responded “I was afraid you were going to ask me that question. We only put rakes in the bunkers during tournaments. We don’t put rakes in the bunkers at any other time. Without rakes we have shortened the time it takes for a hole to be played, we have increased the pace of play across the entire course, and are able to add 6-8 additional foursome to our course each day.”

So what’s the answer to these issues that crop up during a round? How do we fix the problem with PACE so that everyone is moving in an organized manner throughout all 18 holes?

Patience might be a start because that’s a virtue that should always be carried in a golfer’s bag.