ORLANDO, Florida – The limited edition PXG 0811 X and 0811 X+ prototype drivers are being offered at a discounted price on www.PXG.com

First seen on the PGA Tour in the bags of Ryan Moore, Pat Perez, and Wyndham Clark the limited edition 0811 X and 0811 X+ proto drivers are now available to the public. Selling for $495 which is significantly lower ($200) than the $695 “list price,” the new drivers reflect what seems to be a change in the company’s pricing philosophy.

Promoting the design and exclusivity of their drivers and irons since introducing their first models in 2016, PXG has consistently priced their clubs 30 percent or more than competitive brands. Now however all their drivers and most of the iron models, not just these new limited-edition drivers, have been cut in price. To illustrate, 0811 X GEN2 driver has been reduced $300 to $295 and the 0311 GEN3 irons are $340 each rather than the original $425.

In the case of the 0811 X and X+ drivers the $495 price tag puts them below the current retail of the Callaway Mavrik driver ($500) and the TaylorMade SIM driver ($550) and $45 above one of this season’s most popular drivers, the Cobra KING SpeedZone which lists for $450. 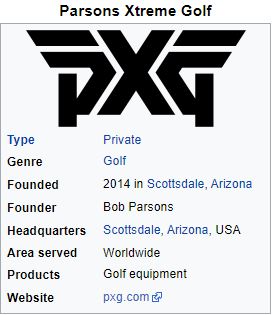 PXG has not said whether this new price structure is permanent, a move in preparation for new model introductions or merely a reflection of the poor economic conditions.

The 0811 X Proto driver with the center of gravity (CG) placed low in the clubhead is billed as a help for players who have a steep angle of attack and the X+, with the CG closer to the middle of the head, is for those with an upward attack angle. Both make use of the familiar PXG interchangeable sole weights with the stock configuration being one heavy weight and three light weights.

“We’re excited to offer a limited number of our 0811 X and X+ Tour Prototype Drivers to PXG’s customers,” said CEO Bob Parsons. “We believe we’ve created something special and are looking forward to getting feedback from average golfers, like myself, in the coming weeks.”