BOSTON, Mass – In case you haven’t heard any good news lately, you’ll be pleased to know that the Francis Ouimet Scholarship Fund’s annual banquet will be telecast LIVE in virtual reality on the Ouimet Fund’s web site www.ouimet.org Thursday May 21 at 7 p.m.

The Ouimet Fund’s Annual Banquet has become a tradition in New England, not only to kick off the golf season, but also to honor one of golf’s greatest and well-respected figures for their contribution to the game. Since 1977 when inaugural recipient Arnold Palmer set the stage, there have been 22 others to accept the Francis Ouimet Award for Lifelong Contributions to Golf.

The Ouimet Fund’s purpose is to help deserving young men and women, who have worked at golf courses in Massachusetts, obtain a college education. The Fund provides need-based college scholarships, which are renewable and worth an average of $30,000 over the course of four years, with some students receiving as much as $65,000.

“This year under special circumstances I am personally inviting you, your family, friends, and fellow club members to tune in Thursday night May 21 at 7 p.m. to our website at Ouimet.org,” said Ouimet Fund Executive Director Colin McGuire. “This event and the support from our many sponsors and bag tag clubs are so important right now since our scholars are facing difficult financial & academic decisions this summer. Frankly, without each of you college may not be possible for these deserving scholars. We hope to see you May 21.”

The Annual Banquet typically turns out about 1,200 attendees, each paying $250, earning the title of “America’s Largest Golf Dinner.” The 2020 banquet was originally scheduled April 2 at the Westin Copley Hotel but was canceled due to COVID-19. Last year with support from dozens of corporate sponsors and auction the total raised was about $1 million.

The fundraiser must go on and the 2020 virtual telecast will pay tribute to Mac Brawn who will accept the Richard Connolly Award for Distinguished Service. And, all eyes and ears will be tuned in to student scholar Jerome Sullivan, who will tell his story in a dramatic, inspiring and and motivating speech. 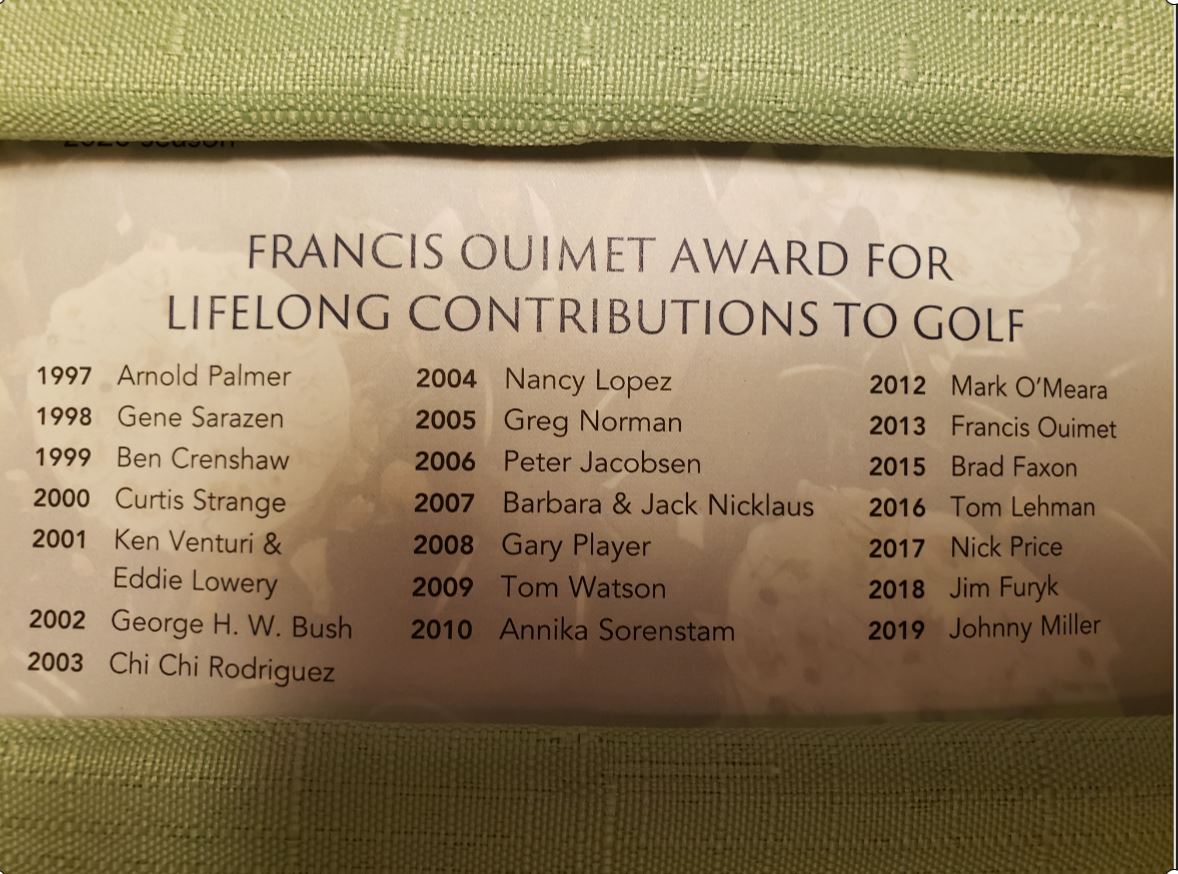 Tom Kite, the 1992 U.S. Open Champion & member of the World Golf Hall of Fame will be honored with the Francis Ouimet Award for Lifelong Contributions to Golf. Mr. Kite will be the 23rd recipient and joins many of the game’s great players, such as Jack Nicklaus, Gary Player, Greg Norman, Annika Sorenstam and last year’s honoree Johnny Miller.

Dave Marr, who currently hosts his own show “Mornings with Marr” on SIRIUSXM PGA Tour Radio, is the Master of Ceremonies. Mr. Marr, returning as MC for the third time, is a well-known figure in the golf industry, working for many years with the Golf Channel and play-by-play host for the PGA TOUR Champions tournaments. The virtual event will showcase a fireside chat between Hall of Famer Tom Kite and the Banquet MC Dave Marr.