For example, Pine Needles Lodge and Golf Club in Southern Pines (No. 3) and Charlotte’s Quail Hollow Club (No. 5), respectively will host the U.S. Women’s Open on June 2-5 and the Presidents Cup on Sept. 23-25.

“Longtime North Carolina residents who love golf know how blessed we are to have so many great courses at our fingertips,” said Kevin Brafford, the panel’s executive director. “The exposure we’ll receive from the top men and women in the world playing these iconic courses further elevates the game in our state.” 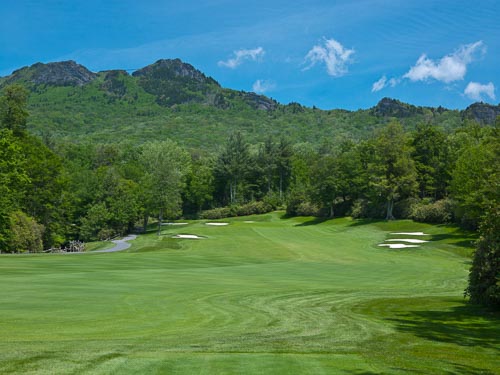 As has been the case since the panel’s inception in 1995, Pinehurst No. 2 occupies the top spot in the rankings. Grandfather Golf and Country Club in Linville is ranked second for the sixth consecutive year. Sandwiched between Pine Needles and Quail Hollow is the Dogwood course at the Country Club of North Carolina in Pinehurst.

This year marks the 150th birthday of Donald Ross, the Scotsman who in 1900 was hired as the golf professional at Pinehurst Resort. It was shortly after he settled in the Sandhills that his course design work began in earnest.

Founded by the late Bill Hensley, a Hall of Fame writer and publicist, the N.C. Golf Panel has approximately 175 members from the mountains to the coast. The annual rankings, which debut each April in Business North Carolina magazine, are determined by a scoring system in which panelists consider these factors, among others: routing, design, strategy, memorability, fairness, variety and aesthetics. Panelists can vote only for courses they’ve played.

In addition to the Top 100, panelists also vote on the Top 50 “You Can Play,’’ plus the best dozen courses in each of seven regions in the state. This year’s specialty categories highlighted the Best Resorts in the state, plus the Best Short(er) Courses (at less than 6,500 yards from the championship tees).