WORCESTER, Mass – Tommy Nevue has played on amateur golf tours, but he believed he could run a better one.

So get ready for the New England Amateur Golf Tour, which launched in 2018 and will be bigger and better than ever when it starts up again in April and concludes with the playoffs in October. Nevue said 50 events are already booked and he expects that number to grow to 70 or 80. If it does, there will be three or four events per week.

“I think our members are going to be super, super excited,” Nevue said, “having 70-plus golf tournaments in Western Mass. and Connecticut that they can play for a fair price and play competitive golf.” 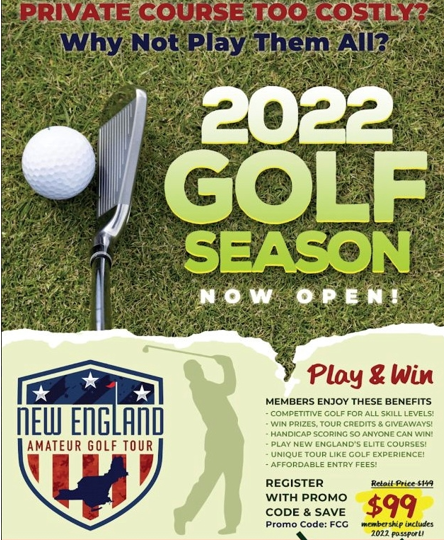 Men and women of all handicaps are welcomed to register.

Nevue said he gets bored playing the same course all the time and he believes he’s not alone. So the New England Amateur Golf Tour will allow golfers to play several different courses.

“Plus, you meet a lot of great people, you have a lot of fun,” he said, “and you can make some money.”

It costs $99 to join the New England Amateur Golf Tour. Tournaments will cost from about $60 to $200, including greens fee, cart, lunch and cash prizes. Skins will cost extra.

Nevue, 37, of East Longmeadow, Mass., played professional indoor soccer for the Massachusetts Twisters in West Springfield before breaking a leg and teaching himself to play golf. Now, he’s a club fitter and a teaching pro at his golf simulator company, MassConn Golf, in the MCU Training Center in Agawam. He currently plays to a 2-handicap and plays most of his golf out of Wilbraham CC. 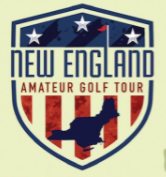 Nevue promises a well organized tour that will pay out more money than others. He said his tour will play such private clubs as Country Club of Farmington, Lake of Isles, Springfield CC and Wilbraham CC, and such high-end public courses as Oak Ridge and The Ranch.

Nevue said most amateur golf tournaments hold single-day, single-player events, but he noticed that many golfers would prefer to play with someone they know. So he plans to add some two-day best-balls, two-player alternate shot events and four-player scrambles. There will be match play events as well.

The New England Amateur Golf Tour will award cash prizes for each event and also for a season-long points race. Winners of regular-season events will automatically qualify for the playoffs.

Nevue plans to play on his tour, but won’t accept prize money. He just likes to play and hopes he can make it fun for anyone who joins their tour.

Nevue is exploring the possibility of merging with another Massachusetts-based golf tour in order to offer a larger number of venues, but either way he expects his tour to provide a competitive, but fun experience.