LPGA prospects from over 40 countries will compete on the 105-year-old El Campeon course.

HOWEY-IN-THE-HILLS, Florida – For casual golf fans and astute followers of ladies professional golf, you’ll be pleased to know that the LPGA’s Epson Tour is returning to central Florida over Memorial Day weekend May 27-29.

The Beucher family and Mission Inn are no strangers to golf. For more than 40 years, they have loved and supported the game. During a recent media day to promote the event, Bud Beucher, Vice President and General Manager, spoke about his family’s commitment to golf.

“We came here in 1964, and what you are seeing here today is our life’s work,” said Beucher. “The Epson Tour showcases women’s golf as they continue their journey to the LPGA and we are pleased and proud to host this event and assist in the journey of these talented female golfers.”

This will be a great opportunity for central Florida golf fans to “save the date” for everyone to watch these aspiring golfers as they “put it all on the line” to earn their place on the LPGA tour. The event is free.

The Epson Tour is the official qualifying tour of the LPGA Tour and enters its 43rd competitive season in 2022. With the support of its umbrella partner Symetra, the Tour’s mission is to prepare the world’s best young women professional golfers for a successful career on the LPGA Tour.

Since Symetra’s inaugural sponsorship year in 2012, the Symetra Tour has grown from 16 tournaments and $1.7 million in prize money to $4 million in prize money awarded over the course of 24 tournaments. The purse for this weekend tournament is $200,000.00. The Symetra Tour is the official developmental golf tour of the LPGA Tour. Tour membership is open to professional women golfers and to qualified amateurs.

Several of this year’s participants have been making their presence felt as they continue to maintain their high level of success playing against some of the finest young female golfers in the world.

Currently, there are several golfers who are fighting for a spot at the top on the money list heading into their appearance here in Central Florida. This tournament could very well be a turning point in this race as players face both stiff competition and a golf course that will test their stamina and patience over the entire 54 holes. 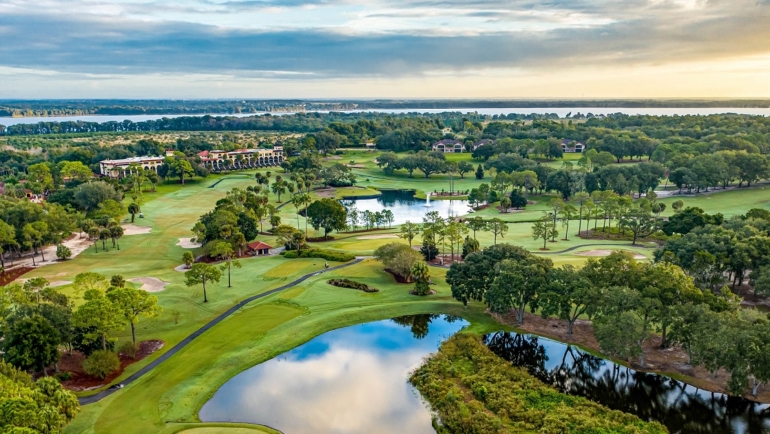 The El Campeon course is renowned for its picturesque rolling hills, orange groves, and shimmering lakes, and is surrounded by the region’s expansive natural beauty.

El Campeón is one of the South’s oldest golf courses and blends unusual Central Florida elevation changes of more than 85 feet with features of traditional golf design, including spectacular rolling fairways and undulating greens.

The course’s signature hole is the par 5, 17th hole – which features a long double dogleg that has more obstacles than some entire courses! Golf Advisor called El Campeon a top 25 U.S. course ranking it No. 9 in 2016.