NORTON, Massachusetts – It’s November, so the Massachusetts Golf Association a/k/a Mass Golf golf season is officially over. The New England golf calendar has shut down due to daily inclement weather conditions and entered the dead zone, and for the next five months there’ll be no more tournaments until April 2020!

The next big event on the Mass Golf calendar is scheduled indoors for the organization’s annual Champions Dinner on Tuesday January 14, 2020 at Wellesley Country Club.

The organization has tallied all the points for each competitor this year and have announced the recipients of its 2019 Player of the Year awards and the winners are:

Matt Parziale -The Richard D. Haskell Player of the Year.

The awards recognize the top performers in Championship and Women’s Championship events from 2019, as well as to recognize Mass Golf competitors for their play in regional and USGA events. The awards are based on the final tallies of the respective Mass Golf Player of the Year point systems.

“With their top play, all four competitors continue to represent Mass Golf with class in events across the Bay State, New England and the United States,” said Jesse Menachem, Executive Director/CEO of Mass Golf. “We are thrilled that we get to honor all of these players for their hard work.”

Here are this year’s award recipients and their respective resumes:

MATT PARZIALE
Richard D. Haskell Player of the Year
Brockton’s Matt Parziale, 32, of Thorny Lea Golf Club, has earned the Player of the Year award for the fourth straight time and sixth overall since 2009. Parziale won the Norfolk Country Classic and competed in the U.S. Amateur Four-Ball, U.S. Amateur and U.S. Mid-Amateur championships. He only trails Frank Vana Jr. (9) for the most Player of the Year titles since the award’s introduction in 1976. 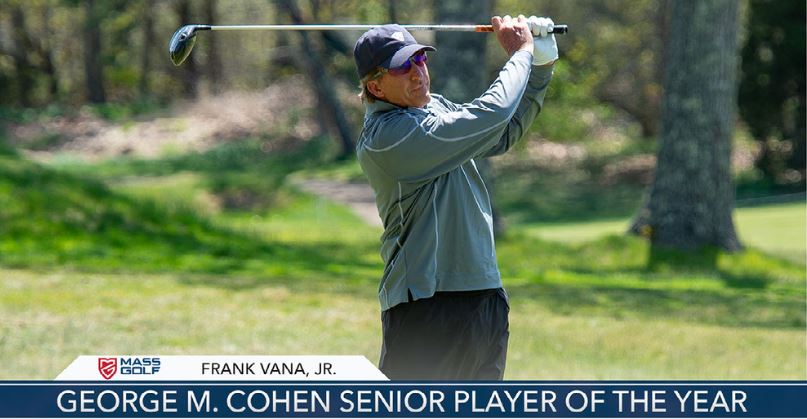 FRANK VANA JR.
George M. Cohen Senior Player of the Year
Boxford’s Frank Vana Jr, 57, of Marlborough Country Club, has earned his third straight Senior Player of the Year award since becoming eligible for the category. Vana won both the Senior Division of the Norfolk Country Classic and Amateur Invitational at New England Country Club, made the round of 32 in the U.S. Senior Amateur and had top-five finishes in the Mass Senior Amateur, Mass Mid-Amateur and Ouimet Memorial Tournament. 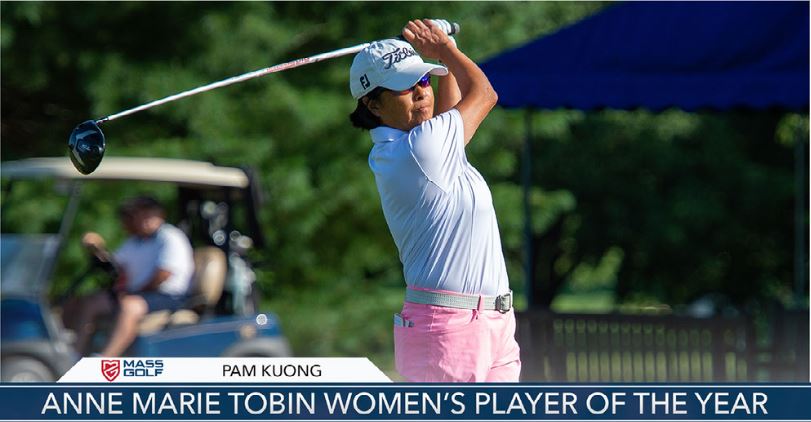 PAM KUONG
Anne Marie Tobin Women’s Player of the Year & Women’s Mid-Amateur Award
Wellesley’s Pam Kuong, 58, of Charles River Country Club, has earned the Women’s Player of the Year for the second time. She first won it in 2012. Kuong advanced to the round of 16 in the U.S. Women’s Senior Amateur and to the round 32 in the U.S. Women’s Mid-Amateur. She also won the Mass Women’s Senior Amateur and advanced to the semifinals in the Mass Women’s Amateur.

JAMES IMAI
Christopher Cutler Rich Junior Player of the Year
Brookline’s James Imai, 18, of George Wright Golf Course, has earned the Junior Player of the Year for the second straight year and third time overall. In 2019, he became the first three-time champion of the Mass Junior Amateur and also won the U.S. Challenge Cup Invitational (Boys Division) and the Hornblower Memorial Tournament. He also advanced to the round of 64 in the U.S. Junior Amateur.