OCEANSIDE, California – Of all the Marine Corps bases in the world, Camp Pendleton has the most intriguing past, filled with historical charm and vibrancy that includes Spanish explorers, colorful politicians, herds of thundering cattle, and tough Marines, all contributing to its legend.

Camp Pendleton is the Marine Corps’ largest West Coast expeditionary training facility, encompassing more than 125,000 acres of Southern California terrain. Nestled amongst the rolling foothills and mature trees of Windmill Canyon is the Marine Memorial Golf Course which is ranked the No. 1 military golf course in California. 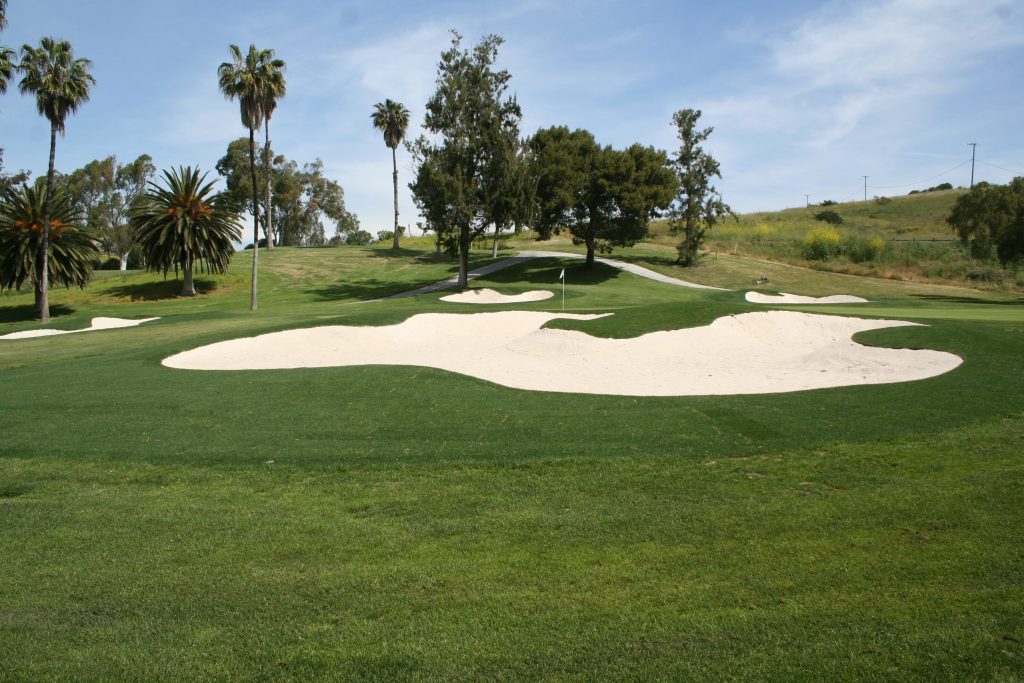 A grass driving range, practice putting green, sand bunkers and chipping areas give golfers an opportunity to ready themselves for a challenging round on this legendary course. Marine Memorial is Bell’s finest 18-hole championship course that offers a challenge for the seasoned golfer, yet playable for the high handicapper.

The course measures 6865-yards from the tips with a slope rating of 130 and a 72.5 USGA rating, with four sets of tees. This par 72 layout takes full advantage of its secluded natural setting. Marine Memorial is not just a golf course, it honors the United States Marine Corps (USMC) with each of its tee box markers highlighting USMC history and battles, from the birthplace of the Marine Corps to the Battle of Ramadi. 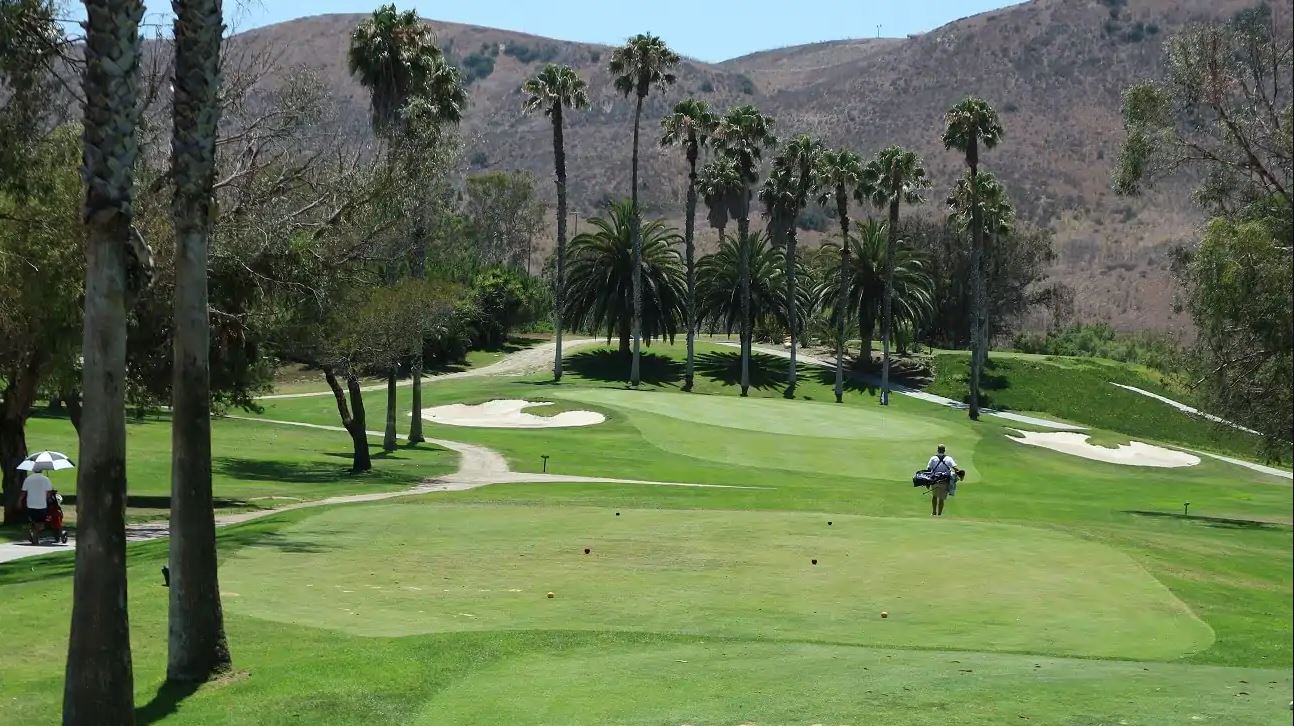 Here are a few holes on the front and back nine that provide a glimpse of what to expect at this Parkland style course that measures 3,195-yards on the front and 3,248 on the back. The front nine is relatively flat with tree-lined fairways. The back nine has many changes in elevation and will give you a good look at a golf course built around the Southern California foothills.

Hole No. 1 – This Par 5, 508-yards The opening tee shot on this Par 5, 508-yard hole offers a wide-open fairway that allows you to “lock and load.” There are two small bunkers on the left that should be avoided. Your second shot will introduce you to a tree lined fairway with bunkers lining the left and right side of a fast Poa annua green.

Hole No. 4 – The Par 3, 148-yards brings you to your first “Eagle’s Nest” hole. Be careful with your tee shot to avoid a large tree on the left side of the fairway and a bunker protecting the front and left side of the green. Think long here when selecting your club.

Hole No. 5 – This Par 4, 380-yarder is the No. 1 handicap hole. It has a tightly tree-lined fairway requiring a well-placed tee shot and a “perfect” second shot to have a chance for a decent score. Added to the challenge is a raised green with large bunkers lining the left front of the green.

Hole No. 9 – The Par 4, 388-yards hole plays almost the exact opposite of the first. A good drive on this hole leaves you with a wide-open fairway leading to a relatively large slightly undulating green. Bunkers are located on both the left and right front but an approach shot to the center of the green leaves you with a birdie putt here.

Hole No. 10 – This Par 5, 509-yards hole is a slight dogleg right off the tee. The remainder of your shots on this hole will be straight up hill to a small front slanting green. A bunker to the right front is the only problem reaching this green.

Hole No. 11 – This Par 4, 399-yards signature hole is worth the visit to Marine Memorial. Your tee shot is from the highest elevation point on the course. A large mountain runs along the entire right side of the fairway. The fairway slopes sharply from right to left sending most tee shots on a long downhill run towards the lower left side of the fairway. A well-played approach shot here is a birdie in waiting!

Hole No. 14 – The Par 3, 173-yards hole offer another stunning view with a tee shot that demands accuracy and distance. The carry on this hole is deceptive even to the locals. Any shot heading or bouncing right will require a chip shot back to an elevated green. An errant shot will raise both your score and blood pressure.

Hole No. 18 – This Par 4, 407-yards finishing hole is a dogleg right leading to a front-sloping two-tiered green. A bunker guards the right corner of the fairway requiring a risk-reward decision on your drive. Tee shots to the left of the fairway will leave a long second shot. Pins located either on the lower or upper tiers are easier putts as long as your approach shot lands on that tier.