LONG ISLAND, New York – If the past two seasons are any indication, the 39-player field entered in the Sentry Tournament of Champions better come prepared for a shootout over the Plantation Course at Kapalua in Maui, Hawaii, starting Thursday, Jan. 5. The Plantation Course is the only par-73 layout on the PGA Tour and it stretches out to 7,596 yards, but thanks to several elevated tee shots, generous landing areas and sprawling greens, it actually has been the easiest course on Tour in terms of scoring and birdies the past two years.

A year ago, three players shot better than 30-under par topped by winner Cameron Smith, who shot 34-under for the first of five world-wide wins in 2022. The defending champion will not be at Kapalua because he has joined the LIV Golf League, but runnerup Jon Rahm, who shot 33-under last year for his fifth straight top-10 finish at the Tournament of Champions, is back and figures to be the heavy favorite after two wins in Europe late in 2022.

Coming off a six-week hiatus from regular PGA Tour events, the Tournament of Champions figures to provide an exciting start for the New Year, and it offers a multitude of opportunities for bettors. As a result, NewEngland.Golf is offering a new golf gambling column that debuts this week and will feature coverage of the four Major championships and The Players Championship along with several other high-profile events throughout the season.

The emphasis in this opening gambling column is on players with a proven track record at Kapalua because five of the past 10 winners have gone off at 14/1 or less, and players who performed well in the first nine official events of the 2022-23 PGA Tour before the break also received strong consideration based on form and their fit at Kapalua. There is no 36-hole cut, which eliminates a major variable, but this is the first of 17 events with what the PGA Tour describes as an enhanced purse. It has gone from $8.2 million to $15 million, which might test the nerves.

Jon Rahm is the prohibitive favorite. Three others who will go off at 20/1 or less include Patrick Cantlay, Justin Thomas and Xander Schauffele. Those four are no-brainers if you simply are trying to pick a winner. Thomas won at Kapalua in 2017 and 2020. Schauffele won in 2019. Cantlay had a win and second-place finish in his final three appearances in 2022 and he’s second in driving distance and fifth in driving accuracy, which means he’s going to have the green light to go for a lot of pins. The highest-ranked player in the field is No. 2 Scottie Scheffler, but he tailed off a bit toward the end of a four-win 2022 season.

One good bet in this category is Sungjae Im. He finished in the top 10 in each of his two previous appearances at Kapalua and was second in three of his past eight events. Another is 20-year-old Tom Kim, whose two wins in 2022 made him the youngest multiple winner on the PGA Tour in 90 years. He is fourth in FedEx Cup points and had one of his wins near the end of 2022, but this will be his Kapalua debut, which is cause for caution.

Some bettors are trying to pick winners, but many are trying to fill out six-man teams with a $50,000 budget in various Draft Kings pools. You can’t pick all favorites, so here are a few lower-priced candidates: Keegan Bradley has a 2022-23 win and is second in FedEx points; Matt Fitzpatrick is No. 9 in the world and has a driving length and accuracy combination that fits the bill; MacKenzie Hughes has a 2022-23 win and is third in FedEx points; Seamus Power has a 2022-23 win, is first in FedEx points, has three top-10 finishes in 2022-23 and has generous 4,000-1 odds, and Aaron Wise has 4,500-1 odds and is one of top four players with stats that fit Kapalua.

Six-player team – Add Power, Bradley and Hughes to the top three. That team costs $49,600 on DraftKings and the last three are the top three in FedEx Cup standings. 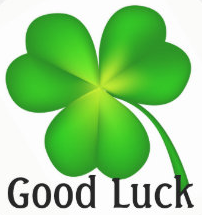 (Greg Logan, a New York-based sports writer, provides regular golf gambling advice for those who like to bet on golf. But, past performance does not guarantee future success. Greg’s email: logannday@aol.com.)