BRATTLEBORO, Vermont – One person not terribly upset over Phil Mickelson’s no-show at the 2022 PGA Championship at Southern Hills in Oklahoma is the 2011 Masters winner, Charl Schwartzel. When the PGA of America announced Mickelson’s withdrawal on Friday the 13th, Schwartzel had the good luck to slide into the vacant slot.

For fans of Phil, it wasn’t good news that Mickelson would be the first major champion in about forever to not defend his title for reasons other than injury. And what a title win it was last year, Mickelson prevailing against all odds, it seemed, becoming the oldest major championship winner.

What a difference a year can make! Of course it could be said that Michelson did injure himself, simply by opening his mouth—first in his remarks about the proposed Saudi tour and the “leverage” it could give him over the PGA Tour. And then in a wincingly disingenuous letter of apology in which he said he was withdrawing from golf for a time to become the man he wanted to be. 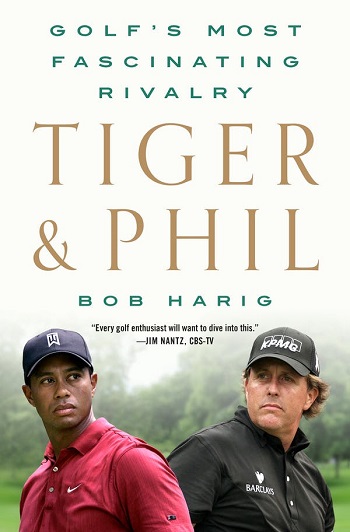 What man that may be is a mystery that Alan Shipnuck tries to get at his new book, Phil: The Rip-Roaring (and Unauthorized!) Biography of Golf’s Most Colorful Superstar (Simon & Schuster, $30)

Excerpts from the book before it was published propelled much of the subsequent events, and its official release on May 17 may have been just too much uncomfortable timing for Mickelson. His appearance at the Championship would surely have lit a fuse for an explosive line of questions he just didn’t want to face.

I reviewed the book in Golf Oklahoma’s special 2022 PGA Southern Hills Special Preview Issue, along with Bob Harig’s Tiger & Phil—more Phil!—and Rick Reilly’s terrific new book So Help Me Golf. You can read all three reviews here,
http://theaposition.com/tombedell/golf/personalities/9026/getting-your-fill-of-phil – but here’s an excerpt from the Shipnuck section, in which I note that his book is about as rip-roaring as the title promises:

… Most of the more recent inflammatory material about Mickelson comes in the last chapter, along with instances of Phil telling Shipnuck he was wary of the author’s effort.

But other than the Saudi material, Mickelson didn’t really have that much to worry about. Sure, Shipnuck offers plenty of instances of Mickelson being his own worst enemy in shooting his mouth off without pondering the ramifications. (Example: The 2014 Ryder Cup press conference, when Mickelson raked captain Tom Watson over the coals.)

His personal style carried over to his swashbuckling play, brilliant when it worked (Augusta National, hole 13, 2010 Masters) calamitous when it didn’t (Winged Foot, hole 18, 2006 U.S. Open). But it’s a Hall of Fame career by any reckoning, starting with 45 wins, putting him in a tie for eighth on the all-time PGA Tour list with Walter Hagen.

Shipnuck covers Mickelson’s off-course gambling as well as on, the boastful Mickelson, the trash-talking Mickelson, while blowing up some of the hoary Mickelson legends (fathering a black baby, he and Amy swinging with other couples).

A lot of this is revealed in a brilliant first chapter in which Shipnuck asks a single question, “What’s your best Phil Mickelson story?” and then unfurls two and a half dozen answers from other players, athletes, writers.

Shipnuck’s Mickelson contains multitudes. It’s a portrait of a clearly complex character, one who, as Stewart Cink puts it in that first chapter, is all about “juice.” I’d call it a largely admiring portrait, with plenty of juice of its own.