SAINT JOHN’S, Florida – It’s been a long time since I last wrote a story on a new course opening on the First Coast of Florida. From the Georgia border and the beautiful Amelia Island resort area, including World Golf Village (WGV), PGA TOUR Headquarters, World Golf Hall of Fame and the famed TPC Sawgrass, the home of the Players’ Championship March 8-13, the First Coast with all its growth stood still with its golf offerings since 2004.

Finally, Lennar is developing a new active adult community in St. Johns called Stillwater that will be home to a Bobby Weed-designed golf course. Weed, an ASGCA member who was the lead designer for many of the TPC golf courses and co-architect on the Slammer & Squire at WGV with Gene Sarazen and Sam Snead, and Dye’s Valley at TPC Sawgrass, has his offices locally in Ponte Vedra Beach, a short drive to Stillwater.

The golf course is scheduled to open in May and stretches out to 6800 yards with a par of 72. “It’s a sensitive piece of property and we respected that,” said Bobby Weed of the 148 acres that contain the course. “It’s very linear with a lot of wetlands and the overall site was a challenge. But we think it looks like it just settled into the property. It looks like it belongs here.” 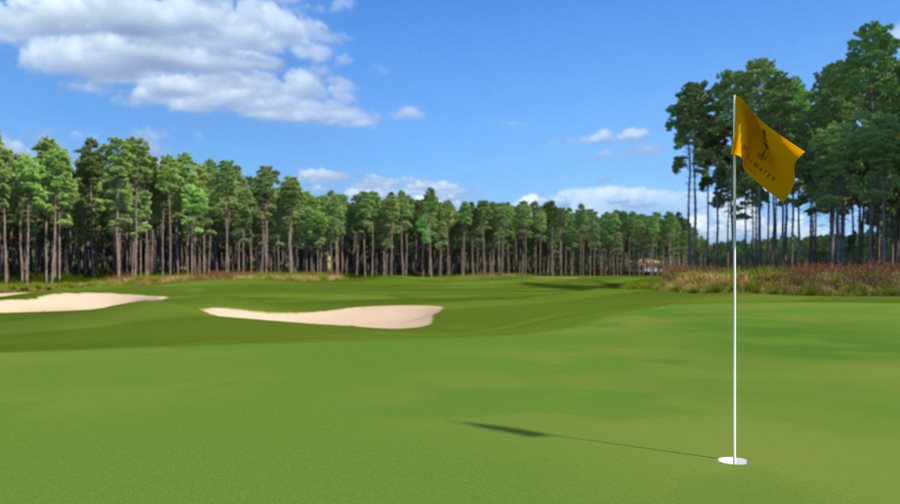 Built for a retirement community that has already sold out its first phase, Stillwater Golf Course is not overly long, doesn’t have many forced carries, and has drought-tolerant “Tiftuf” Bermuda grass fairways that melt into Tifeagle Bermuda greens, enabling players to utilize run-up shots and use their putter often from off the green. The fairways are generous, depending on how risky or conservative a golfer wants to play. There are few doglegs, but there are subtle movements throughout. The manicured greens are modestly sized between 5,000 to 6,000 square feet that Weed describes as “more strategic than penal.”

Numerous moguls, mounds, waste areas and pot bunkers offer most of the challenges and more importantly, increase the options of how to play a hole. Weed added.” I’ve never been a fan of a golf course that you can play one or two times and think you’ve got it figured out. Here, we have options and they create interest.”

While the course is a bit short it does have one drivable par 4 at #3 with 333 yards from the tips. There is no hole that takes the driver out of play for low-handicappers however, the fairways do narrow for the big hitters where the trouble come into play.

The natural look of Stillwater might be old-school, but there are some design innovations that are new to the First Coast.

* The ‘Eco-bunkers’ are built by putting layers and layers of artificial sod for the front face. While they look steep, they are angled at about 55 or 60 degrees. The advantage is that the bunkers don’t need nearly as much maintenance as traditional sod bunkers, which is good for the environment and costs.

* The bunkers are also filled with ‘G-angle’ sand with angled particles which cuts down on drifting under windy conditions and the possibility of ‘fried egg’ lies.

* Departing from Bobby’s mentor, Pete Dye, who used railroad ties that were vertically installed as bulkheads for water hazards, Weed simply uses planks of treated lumber that angle from the playing area to the water called ‘laydown walks.’

* Further reducing maintenance costs are crushed shell cart paths. Giving more visual contrast from the fairways and greens will be native areas planted with centipede grass which has a red tinge, and banks of water hazards planted with bahia.

There is a 16-acre lighted practice facility including a huge “Himalayas” putting green and Toptracer technology in the hitting areas, where players can get immediate readouts on their distance and swing data, especially important when they receive instruction from the professional staff under General Manager Michael Monahan, a former Palencia Club Assistant Professional.

Speaking of Palencia Club in St. Augustine, the last course to open on the First Coast, where I played with golf course architect Arthur Hills and PGA TOUR Professional Rocco Mediate at the grand opening. Palencia and Stillwater are managed by Jacksonville-based Hampton Golf, one of the leading management companies. When the golf course opens this spring, it will be open for outside play while the residential sales continue with a plan to make it private for a membership that will enjoy a clubhouse and fitness center with pool, pickle & tennis courts, bocce and assorted activities for the young at heart.