BROOKLINE, Mass – Boston sports fans wake up every day with multiple choices, but today is different and few saw this coming? The sports needle does not get any higher than what’s going on today LIVE and LOCAL.

Sports euphoria, sports nirvana, call it what you want. It’s going to get crazy around here starting today, and that’s a good thing because Boston sports fans are noted for creating memories that last a lifetime.

Today at 1:30 p.m. the Boston Red Sox play a home game against the Oakland Athletics at beloved Fenway Park in front 37,000-plus fans.

Tonight at 9 p.m. the Boston Celtics take on the Golden State Warriors in a crucial Game 6 at T.D. Garden in the finals of the World Championship, seeking title No. 18.

This morning in Brookline at 6:45 a.m. the first shot was fired at The Country Club in the 122nd edition of the United States Open Championship.

All of these events are within 5 miles of each other. 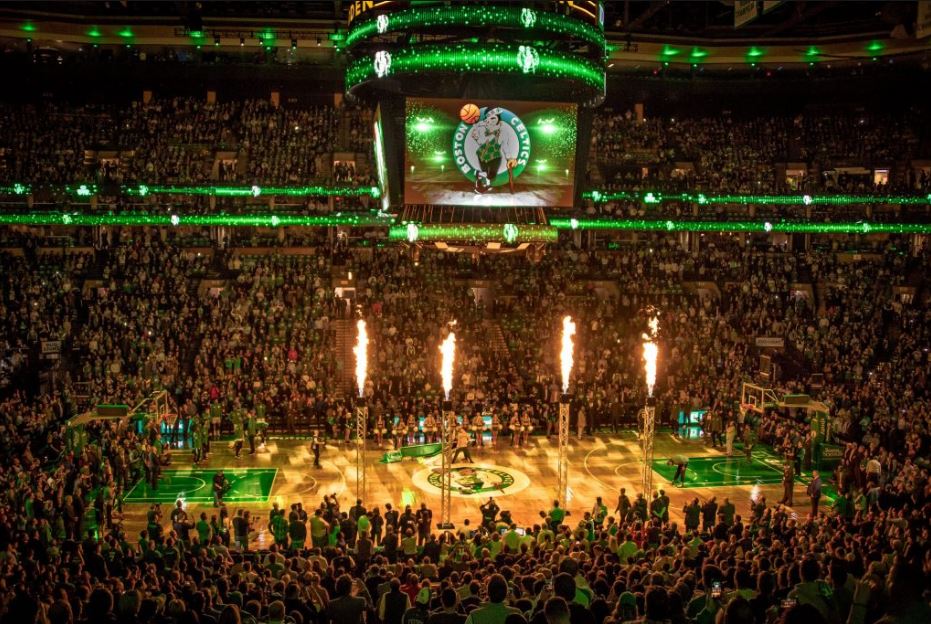 “Today’s sports agenda is made in heaven for Boston sports fans,” said Jay McHugh, LAER Realty Partners, with 45 offices throughout New England and Florida. “In the long, storied history of sports in Boston, there has never been a week like this of live sports to attend. Boston sports fans get jacked up for big games so this is awesome.”

In Boston folklore, one sports day might rival today. On Patriots Day April 2004, the Boston Marathon was held, as well as the customary 11 a.m. Red Sox game. Also, on that infamous trifecta day of sports, the Boston Bruins squared off against the Montreal Canadiens at the then-Boston Garden in a conference championship hockey game.

It will get very, very loud in New England tonight about 9 p.m. The T.D. Garden will be rocking like never before. Over 20,000 hard-core Boston Celtics fans will gather to watch the Green Team face their third elimination game in four weeks. Enroute to the finals the Celtics pulled off Game 7 wins against the Milwaukee Bucks and Miami Heat.

Should the Celtics play a Game 7 pandemonium will set in. The tip off is scheduled Sunday June 19 Father’s Day at 8 p.m. ET in San Francisco. That would be two hours after the U.S. Open is scheduled to end, but a playoff could extend golf at The Country Club until much longer. Each of the previous three U.S. Open championships held at TCC required playoffs.

The 122nd U.S. Open is underway at The Country Club in Brookline with a 156-player field of the world’s top golfers. The last time the U.S. Open was played at TCC was 1988, won by Curtis Strange in an 18-hole playoff over Nick Faldo. The field will be cut to top 60-players and ties over the weekend. The U.S. Open has been six years in intricate planning by USGA, Town of Brookline and TCC.

Needless to say that mobile devices, computers, Wi Fi connections and Hi-definition TV’s will all be maxed-out! ENJOY!