ORLANDO, Florida – When Walt Disney sketched his original plans for the Central Florida resort that opened in 1971, he set aside a large area and simply labeled it as “golf.” While not a golfer himself, Disney recognized the game would have an important role as he created a new family destination to build on the success of California’s Disneyland, which did not have a golf amenity.

Through ties with Arnold Palmer that began in that first year and continues today through Arnold Palmer Golf Management, the resort now sees upwards of 200,000 rounds played annually at its four courses.

Disney Golf is celebrating its 50th anniversary along with Walt Disney World, and while the sport is just one of the resort’s many amenities and activities, it has played an integral role in the guest experience over the past five decades.

Arnold Palmer’s ties actually extend back to when the resort opened in 1971, when he served as a consultant for the Walt Disney World Open Invitational, a PGA TOUR event that would first be held at the property later that year and then continue under various formats and names(most commonly as the Walt Disney World Golf Classic) for 42 years.

Palmer even took an inaugural test ride on the Disney monorail on the same day he became a consultant. Jack Nicklaus won the first three titles, starting a legacy of champions that would include winners such as Tiger Woods, Payne Stewart, Raymond Floyd, Ben Crenshaw, Vijay Singh and David Duval.

Disney’s three championship 18 hole golf courses originally designed by Joe Lee include the Palm, which was renovated and reimagined by Palmer in 2013 and shortly thereafter earned industry recognition as the U. S. renovation of the year. The Magnolia, the site of the Disney Classic, and Lake Buena Vista courses both have bunkers shaped like Mickey Mouse’s head. The 9-hole Oak Trail is a family friendly layout that’s particularly conducive to walking beginners, seniors and those with time constraints. The Disney Golf resort has been ranked by Golf Digest as one of the top destinations for a family golf trip.

“We have a commitment to being guest-centric creating an all-encompassing experience that is uniquely Disney while providing the opportunity to play where champions were crowned,” said General Manager Bruce Gerlander, PGA. “We task ourselves with melding the flair of the resort with upholding the classic traditions of the game of golf that our founder, Mr. Arnold Palmer, stood proud and tall for, every day of his life.”

For guests( and families) overwhelmed with luggage, Disney Golf rents golf clubs as well as golf shoes, and there is complimentary transportation to the courses from the Walt Disney World Resort hotels. Disney Vacation Club members have access to a low-cost membership that includes eight rounds of traditional golf( four at Oak Trail and four twilight rounds), eight rounds of Foot Golf, and complimentary buckets of range balls.

While the courses at Disney World are challenging enough for the game’s best golfers, they’re also friendly enough to accommodate players of all abilities. It’s another reason the Disney Golf courses have become known as “The Happiest Place on Turf,” a nod to Disney’s official tagline of “The Happiest Place on Earth.”

“Obviously playing and winning there is great, but it’s mostly about the family,” Davis Love III, another former winner during the PGA TOUR’s 42 year run at Walt Disney World. “We played the parent-child tournament, and the kids looked forward to it. We rode the monorail and staying right there at the golf course is just so much fun. I have great memories of Disney golf.” 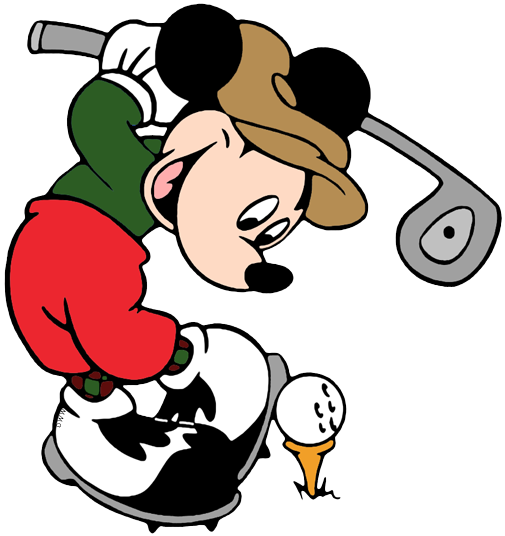