ORLANDO, Florida – When the PGA TOUR arrives for the 14th playing of the Puerto Rico Open March 3-6, not only will many of the best players in the world be competing on the Championship Course at Grand Reserve Golf Club, but they’ll be kicking off the first of several elite championships that are combining to make Island golf history.

Following the Puerto Rico Open, the U.S. Women’s Amateur Four-Ball Championship will be played at Grand Reserve, April 20-24, 2022. This marks the first time a United States Golf Association championship is being held outside of the U.S. mainland in a U.S. territory.

Making it three extraordinary golf events in less than 12 months will be the 2023 Latin America Amateur Championship (LAAC), to be held Jan. 12-15 at Grand Reserve. Like the USGA Women’s Four-Ball, this will be the first time the LAAC will be held in Puerto Rico. The tournament champion will receive an invitation to compete in the 2023 Masters Tournament at Augusta National Golf Club and the 151st Open at Royal Liverpool in England. 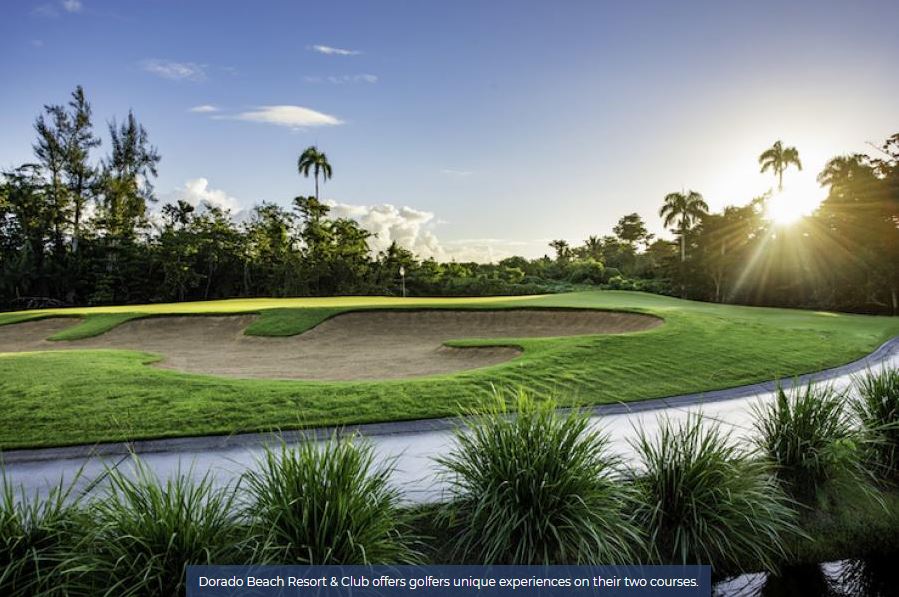 Meanwhile, the 2022 Puerto Rico Open is poised to crown yet another exceptional champion amid the Island’s tropical splendor. Some of the PGA TOUR’s biggest names and rising stars have won or finished runner-up here. These include Bryson DeChambeau, Viktor Hovland, Jordan Spieth, Daniel Berger, Jason Day, Tony Finau and Retief Goosen, all either winners of Major Championships or currently ranked in the top 20 of the Official World Golf Ranking.

The tournament will be contested on the Championship Course (Tom Kite design) at Grand Reserve, an amenity of the Hyatt Regency in Rio Grande. Among other events, two Pro-Am competitions – in which amateur golfers play with the PGA TOUR professionals – will take place prior to the tournament, which will be played March 3-6. The Puerto Rico Open prize purse increased to $3.7 million this year.

The Island’s own Rafa Campos nearly set off a country-wide celebration in last year’s Puerto Rico Open. Leading after three rounds, he narrowly fell to eventual champion Branden Grace of South Africa. Perhaps this will be Campos’ year. He’d be a hugely popular and fitting champion.

“The PGA TOUR is home to the world’s greatest players, and Puerto Rico is a wonderful setting for them to showcase their talents while basking in our Island’s welcoming culture and sun-kissed weather,” said Brad Dean, CEO, Discover Puerto Rico. “Our Destination Marketing Organization’s mission is to highlight Puerto Rico’s global brand, and the PGA TOUR, USGA, Latin America Amateur Championship and Golf Channel coverage will help golfers throughout the world learn about our courses and golf resorts, miles of beaches, and many other attributes.”

Campos and will strive to add to Puerto Rico’s rich golf history. Island native and legendary champion Chi Chi Rodriguez won eight times on the PGA TOUR. He designed El Legado, a popular 18-hole course in Guayama, within minutes of the ocean on the south coast. It is one of Puerto Rico’s 18 golf courses, including four of the top 50 rated courses in the Caribbean, Mexico, Central America, and the Atlantic Islands (source: “Golfweek’s Best Courses You Can Play”).

Golf courses are located throughout the Island with many in the Northeast near San Juan. Puerto Rico is an enchanting destination where history, gastronomy, nightlife, and natural wonders abound. It requires no passport for American citizens, is bilingual, uses the U.S. dollar for currency, and is the air hub of the Caribbean. There are more than 4,000 restaurants, and lodging options range from top hospitality brands to being named a top 10 Airbnb world destination.

Players, fans and Golf Channel viewers will get to see why Puerto Rico has received numerous accolades as a top golf and travel destination, including being highlighted in LuxeGetaways, Golf, Golfweek, Golf Digest, NY Times, Coastal Living, Forbes, Vogue, and many more.

The Puerto Rico Open is airing on Golf Channel Thursday through Sunday of tournament week. Specific times to be announced closer to the tournament.