NAPLES, Florida – Former World No.1 David Duval will make his tournament debut when he tees it up alongside major champions and Hall-of-Famers at the 2022 Chubb Classic, where legends of the game will come together to celebrate the tournament’s 35th anniversary as Naples’ flagship PGA TOUR Champions event, Feb. 14-20 at Tiburón Golf Club’s Black Course.

They will join a 78-player field competing in the 54-hole championship Friday – Sunday, Feb. 18- 20, for a share of the $1.6 million purse. GOLF Channel will televise live all three rounds of the Chubb Classic.

“The Chubb Classic is a mainstay in Naples and Southwest Florida, and we are excited to be celebrating the tournament’s 35th anniversary with a world-class field, giving fans the unique opportunity to watch the legends of the game play in one of the top golf destinations in the country,” said Sandy Diamond, executive director for the Chubb Classic.

Furyk, a 17-time PGA TOUR winner, including the 2003 U.S. Open and three-time PGA TOUR Champions winner, will make his debut at the Chubb Classic. Els, a World Golf Hall-of-Fame member who has recorded more than 70 professional victories worldwide including four major championships, will be making his second consecutive appearance in the Chubb Classic. Goosen, a two-time U.S. Open champion, joined the PGA TOUR Champions circuit in 2019, the same year he was elected to the World Golf Hall of Fame. Langer, who captured his sixth Charles Schwab Cup season-long points title in 2021 at the age of 64, is a three-time winner at the Chubb Classic (2011, 2013, 2016). Montgomerie, one of the most decorated players in history hailing from Scotland, is a seven-time PGA TOUR Champions winner and won a record eight European Tour Order of Merit titles.

To celebrate the tournament’s 35th anniversary as the longest-standing PGA TOUR Champions event to be contested in the same metropolitan area, tournament organizers will welcome back fans to the 2022 Chubb Classic with a variety of ticket options that are now available and can be purchased exclusively at www.ChubbClassic.com. 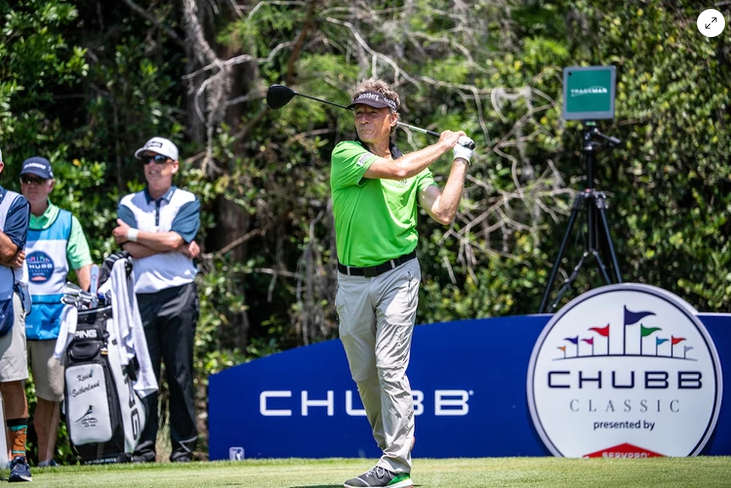 Tournament officials also announced that all service personnel, including military (active, retired, reserve and veteran), fire, police, EMS and front-line healthcare workers (doctors and nurses) and their immediate family (up to four tickets) will receive complimentary admission to the 2022 Chubb Classic and to the Hero Outpost on the 17th green, compliments of SERVPRO.

Tiburón Golf Club, the only facility to host a PGA TOUR, PGA TOUR Champions and LPGA Tour event in the same calendar year, features two 18-hole Greg Norman-designed golf courses, The Gold and The Black. The Black Course, which opened in 2001, has a very distinctive look with its pine straw-lined fairways, crushed coquina waste areas and undulating greens nestled amidst acres of pine trees and native Florida foliage. The Black Course is designated as a Certified Audubon Cooperative Sanctuary by Audubon International to protect and enhance its natural surroundings.

The 2021 Chubb Classic was contested in April at The Black Course at Tiburón Golf Club, where Steve Stricker captured his sixth PGA TOUR Champions victory by one stroke over Robert Karlsson and Alex Cejka. Round 1 pairings here: https://www.chubbclassic.com/_files/ugd/0d46f9_14fca470f18c4cb58835aa8631a5eb10.pdf