HARTFORD, Conn. – Being a member of the United States team in the Junior Presidents Cup was already the greatest golfing accomplishment of Ben James’ young life.

Sinking lengthy putts to clinch two team wins Saturday elevated his experience and feelings for his international debut, and though he lost his singles match Sunday, the U.S. team held on for a 13-11 victory over the International side at Royal Melbourne Golf Club in Victoria, Australia.

James, 16, a sophomore at Hamden Hall Country Day School from Milford, was the youngest player on the American team after putting together arguably the best year for a junior player in Connecticut golf history. Maxwell Moldovan, the 2019 Rolex Junior Player of the Year, U.S. Junior Amateur champion Preston Summerhays and Vishnu Sadagopan, a Rolex Junior All-American with whom James spent a lot of time before the competition, also swept their opening-day matches as the Americans built a 9-3 advantage.

In the Saturday morning four-ball, James made a 35-foot birdie putt on the 17th hole to cap a comeback that gave he and Sadagopan, of Pearland, Texas, a 3-and-1 victory over Kartik Sharma of India and Andi Yu of China. Then in the afternoon foursomes, James sank a 60-foot birdie putt on the same green as he and Alexander Yang of Carlsbad, Calif., rallied to notch a 2-and-1 victory over the Australian duo of Joshua Greer and Karl Vilips, ranked No. 1 in the Golfweek/Sagarin Boys Junior Rankings and a Stanford commit.

James, a second-team Rolex All-American who has committed to the University of Virginia, lost 3 and 2 in singles to Bo Jin, the U.S. Junior Amateur Championship runner-up from Beijing, China, who will play collegiately at Oklahoma State University. The 24 players had to play the final day in what the locals call “a hot northerly” that blew in temperatures of more than 100 degrees accompanied by 40 mph winds.

“Ben said it has been like a dream,” Don James, Ben’s father, said Monday. “The golf course is amazing and really hard, especially around the greens, which are so firm there aren’t any ball marks, even on wedge shots. And the bunkers are cut right into the greens, so a mishit shot doesn’t stop until it reaches the sand.”

The teams got to mingle Monday with the U.S. and International teams that will play in the 13th Presidents Cup on Thursday through Sunday. Tiger Woods will be the first playing captain for the U.S. since Hale Irwin in the inaugural event in 1994. Ernie Els will captain the International side, which is 1-10-1 in the biennial competition, the only victory coming at Royal Melbourne in 1998.

“Ben said the camaraderie has been tremendous,” Don James said. “There was a blind draw for the four team matches, but most of the kids have known each other for many years, so it was easy for them to play with each other. And (U.S. captain) Justin Leonard said, ‘It’s going to be a little bit of a letdown when the kids go from this to their next high school or junior tournament. But this is the real Presidents Cup. The only difference between this and the actual Presidents Cup is the grandstands aren’t full. Christmas for these 24 kids started on Dec. 6 in Melbourne, and it’s been going for four days now.’ ”

James was the last player to qualify for the U.S. team after winning state, New England and national titles. The event included players from 10 states, Australia, China, Chinese Taipei, India, Korea and South Africa, several of whom competed in the Boys PGA Junior Championship at Keney Park Golf Course in Hartford in July.

James tied for ninth as the best Connecticut finisher in the PGA of America national championship and was the only member of the 2022 high school graduating class on the U.S. team. He finished second by a shot in the American Junior Golf Association Wyndham Championship in Charlotte, N.C., won the AJGA Killington Junior Golf Championship in Vermont, rolled to four easy win in five matches in capturing the Connecticut State Golf Association Junior Championship, finished third and low amateur in the Connecticut Open and shot 6-under 134 for 36 holes to win his second consecutive Northern Junior Championship at New Haven Country Club by five strokes.

James then shot 7-under 203 for 54 holes to win his second consecutive title in the 50th New England Junior Championship at Mill River CC in Stratford, leading Connecticut to its second straight team title with a 15-under 1,035 total that outdistanced runner-up Massachusetts by 17 strokes for the second year in a row. James won the New England individual title by a shot over teammate Chris Fosdick of Middlefield and Massachusetts phenom James Imai, the 2017 winner whose closing 66 nearly caught the champ.

CSGA executive director Mike Moraghan said James deserves all the rewards he gets before he starts his college career at the University of Virginia. 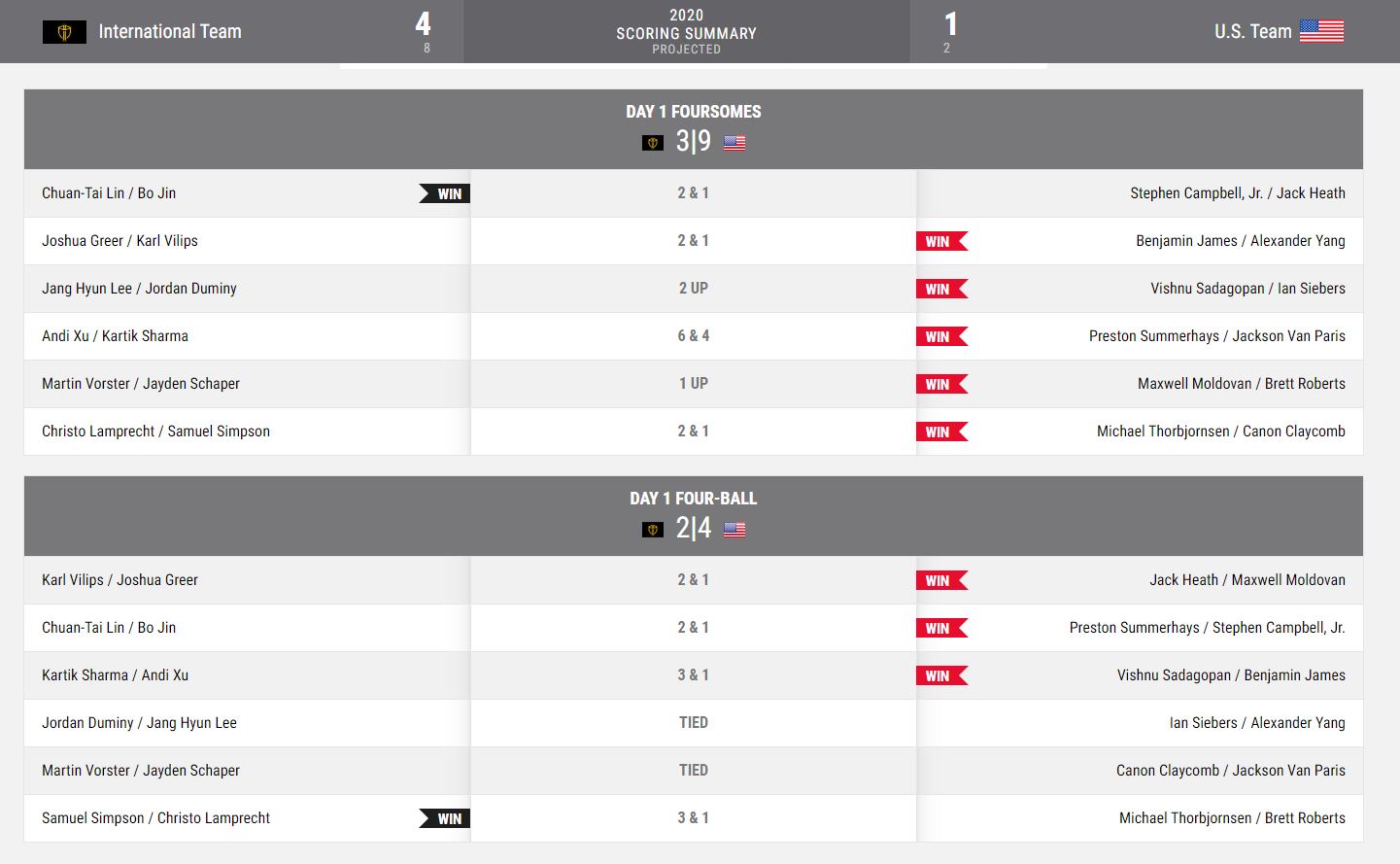 “I think Ben James could be the best junior golfer in Connecticut history, and I don’t know if any junior has had a better summer than Ben did,” said Moraghan, the University of Virginia men’s golf team coach from 1989 to 2004 who helped James get a scholarship with the Cavaliers. “It’s been fun to watch Ben grow and develop. I remember looking over at our table of boys at the New England dinner (in 2016), and Ben was half the size of some of our guys. He looked like a little kid next to boys like A.J. Ouimet and Jason Liu, but he really fit right in and had everyone’s respect.

“It was obvious even then that Ben was mature beyond his years and had all the qualities you want to see in a champion golfer. He is patient, focused, thoughtful in his decision-making and never seems to be overwhelmed by the moment. And he loves to play and compete. Combine his mental strengths with physical talent and you have a very special player.”

And that special player is enjoying a mighty special experience Down Under after barely being old enough to drive.