THE VILLAGES, Florida – Even the game’s greatest golfers must make adjustments and accept changes in their game as they grow older. They swing slower, don’t hit it as far, in some cases lose balance and the nerves aren’t as steady as in their heyday.

But with a few tips that take your senior status into account, you can continue enjoying the game and playing well.

Here are 10 tips that will help:

Graphite shafts are lighter than steel shafts. They will increase your swing speed and help you hit it longer. If you need to hit a 7-iron from 130 yards, it’s time for graphite.

Getting a putter with the right length will allow you to set your eyes over the ball. It will also help with distance control and alignment. Let’s face it, you’re never going to hit it as long as the young bucks anymore, but when you’re on the green there is no reason why you can’t compete equally with them.

Most golfers are playing with a putter that is too long. Get fitted for the right length, and then get out there and start practicing.

It’s tough enough for those in their 20s and 30s to solidly hit 3- and 4-irons (We won’t even mention 2-irons), but playing with long irons at an advanced age is not a good idea. Long irons require terrific swing speed to hit solidly, while hybrids are easier to hit and much more forgiving.

Remove every club in your bag from a 5-iron on down and replace them with hybrids. It’s also important to carry several wedges of varying lofts. One pitching wedge in your bag as a senior is not sufficient.

Weight transfer is more critical than ever as you age. The better you get at transferring weight to your right foot and then back to your left foot, the longer you will hit it. Focus on turning your hips and shoulders in a compact fashion instead of swaying into the ball. 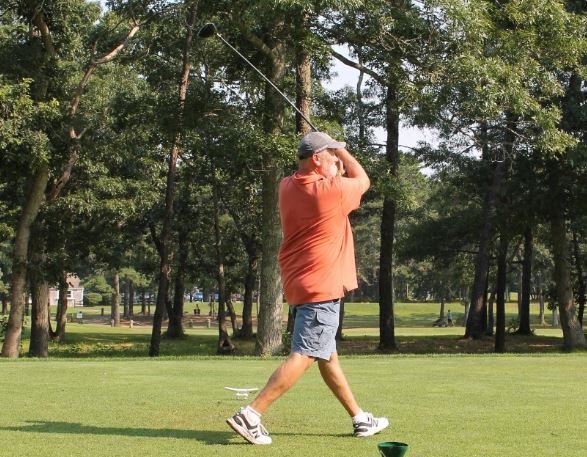 A lack of flexibility as we age is a big reason seniors have difficulty making a complete turn. One way to help is to turn your left foot out just a little bit, which will help release your body and turn through towards the target. When the left foot stays square, you may feel as though you are stuck when you swing through. The squared left foot also causes extra pressure on the knees, never a good thing for seniors.

A shorter backswing is a good idea for all amateurs, regardless of their age, but it is especially important for seniors. The longer the backswing, the more likely you will lose balance and the club will go off plane, resulting in wild shots and less distance.

Take the club back shorter, but make sure you follow through with your swing and accelerate through the shot. Any time you stop your swing prematurely, that motion usually starts before impact, which often leads to hitting the ball fat.

Chip shots require a simpler motion and keep the ball closer to the ground and rolling to the hole. Pitch shots fly high and demand more precision and touch. For all amateurs, but especially for seniors, chips are much easier to execute. 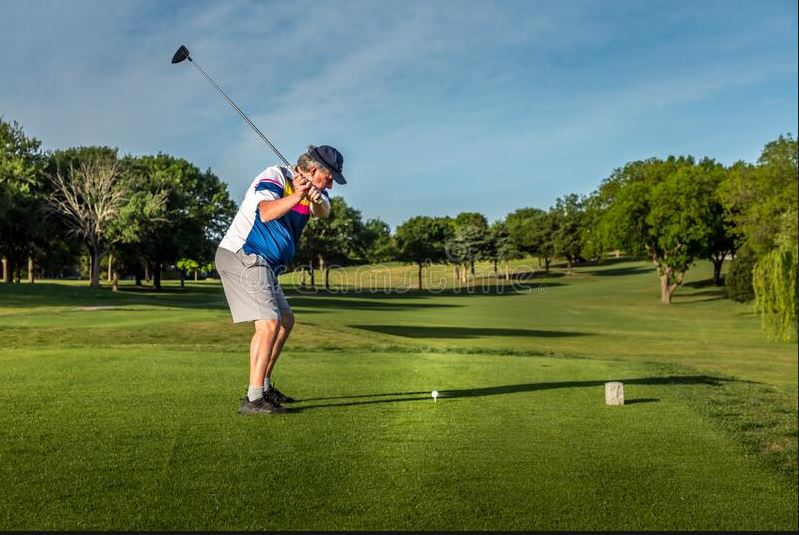 Accept who you are as a golfer and use it to your advantage. Don’t be embarrassed to lay up short of the water, and stop trying to hit your 6-iron 150 yards when it only goes 140. Figure out your new yardages and adjust your game accordingly. If you know reaching a par-4 in regulation requires your best drive and a great 3-wood, perhaps consider hitting 3-wood off the tee, two short irons to the green and hoping to one-putt for par. Acceptance of your limitations is the first step to better golf.

Making that step to the senior tees can be a traumatic decision, especially if your playing partners are still further back. Although there is no set rule for when to do this, a good rule of thumb is around age 70.

Playing from the senior tees is not cheating; it’s what makes the game fair for players of all ages. If you find yourself hitting woods, long irons or hybrids on every approach, while your short irons rarely see the light of day, it’s time to move up a tee. You’ll be playing the courses more as the architect intended.

And whenever you think you’re not playing the real course, remember the words a Scottish caddy once told a foursome that was insisting on playing the championship tees. “I’ll tell you what,” he said. “Why don’t we start out at the forward tee, and if we’re making too many birdies and having too much fun, we’ll move back.”