BOYLSTON, Mass – For the first time in the 106-year history of the New England PGA, the organization has its own building for its headquarters.

The NEPGA built a 5,000-square foot headquarters between the parking lot and the driving range at The Haven Country Club across the street from the clubhouse and golf course. The organization moved in in late July and held a ribbon-cutting ceremony on Aug. 10.

Mike Higgins has worked full time for the NEPGA for 25 years, the past 11-½ as executive director. During his time with the NEPGA, the organization has been housed in Boylston, first in the clubhouse at Cyprian Keyes GC, then in a building it shared with a post office and most recently in a strip mall on Route 140.

With his staff growing, Higgins checked out various possible sites for the new headquarters, but his first choice was to move to a golf course. He explored relocating to Green Hill Municipal Golf Course in Worcester before working out an arrangement with Regan Remillard, owner of The Haven CC, to lease land from the club.

On Sept. 27, Remillard sold The Haven CC to Invited, a Dallas-based company which changed its name from ClubCorp in April. Invited owns and operates about 200 golf courses.

Maurice Darbyshire, Invited senior vice president, said he’s looking forward to working with the NEPGA and considers the organization to be a great partner.

The NEPGA has been putting money aside for 30 years to build a headquarters and Higgins estimated the building has cost about $1.5 million so far. 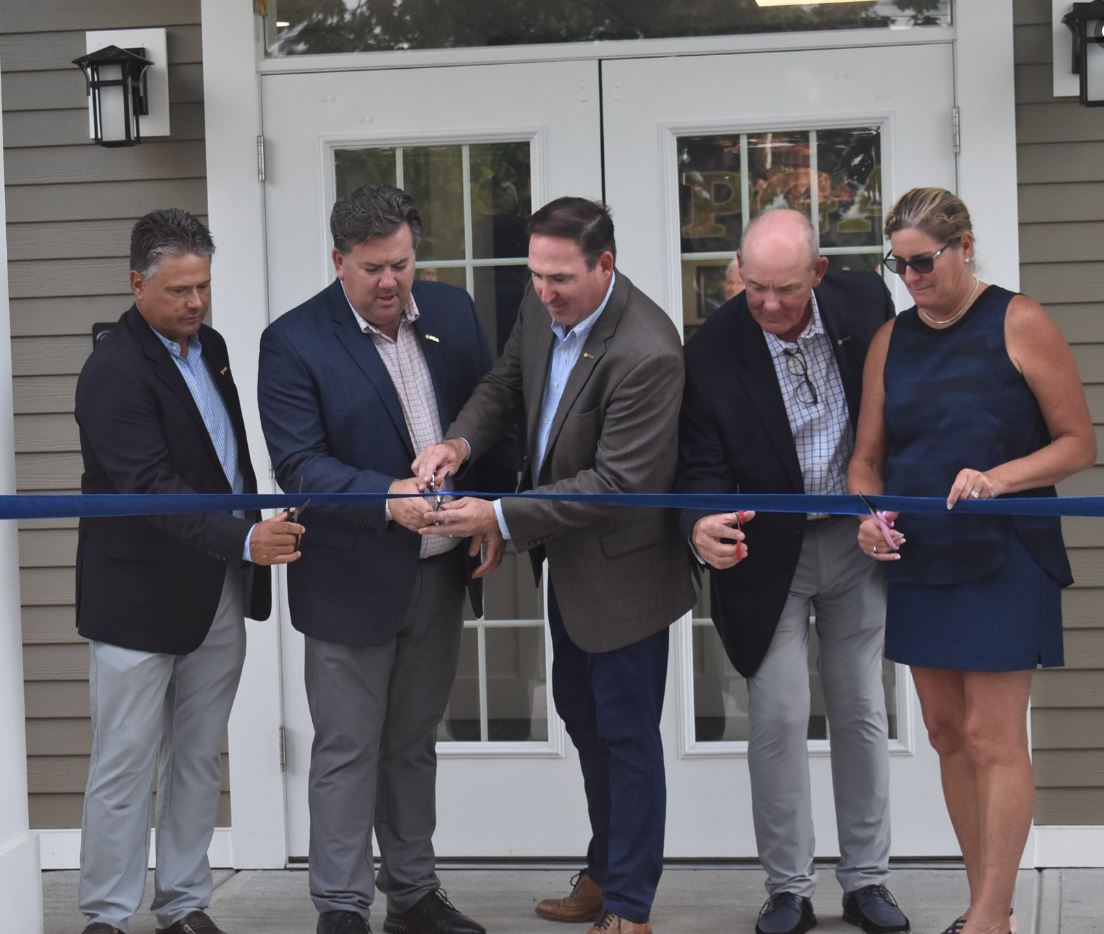 The NEPGA built stairs so The Haven members can walk up the hill from the parking lot to the range, installed a patio behind the building and landscaped the grounds.

“It looks like it’s been there forever now,” Higgins said. “It’s part of the course.”

The NEGPA already had a long-standing association with The Haven. The club has hosted the NEPGA Pro-Pro Stroke Play Championship for 55 years, which Higgins believes is the longest any PGA section event has been held at the same course in the U.S.

The new headquarters is nearly four times the size of the previous headquarters and has a boardroom and the technology to conduct remote meetings. There are also more than enough offices for all nine full-time staff members. Previously, there was no meeting room and only two offices. Six staffers had desks in a larger room. The headquarters has room for three more offices in case the staff expands.

The new headquarters also has ample storage and a sizable room on the second floor to house the NEPGA Hall of Fame. The previous headquarters had only enough room for the plaques of the Hall of Fame members to be hung in a hallway.

“We invited a lot of our Hall of Fame members to the ribbon cutting ceremony,” Higgins said, “and they were extremely impressed and satisfied and excited.”

The headquarters will house continuing education programs that are required of NEPGA professionals to stay current. A simulator is expected to be installed in the basement late this fall so the pros can record swing tips, film education series and give lessons during the winter.

“My goal and the current board of directors’ goal,” Higgins said, “was to leave future boards and future staff in a better place than we are today.”