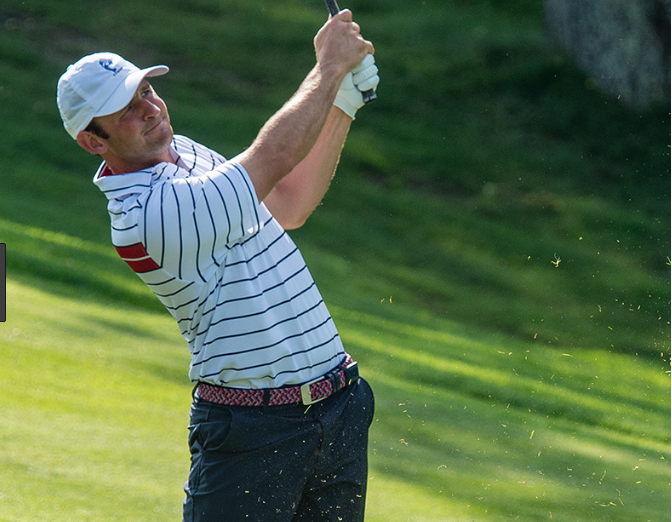 NORTON, Massachusetts – Mass Golf, the Bay State’s state golf association and the home for everything golf for all men and women across the Commonwealth, has announced a social media campaign to support one of its most successful competitors – Matt Parziale – who will be making his debut at the season’s first major championship.

Coming off a memorable season highlighted by victories at the 2017 Massachusetts Amateur Championship and 2017 U.S. Mid-Amateur Championship, the Brockton firefighter and four-time Mass Golf Player of the Year, Parziale will be making his inaugural competitive visit to the famous club on Magnolia Lane in Augusta, Georgia – competing in his first-ever major.

In support of Parziale, Mass Golf is taking unprecedented steps to recognize him for this accomplishment and cheer him on by unveiling the #MATTsters campaign. The social-media driven campaign will give supporters from across the world a chance to support Parziale as he competes on one of golf’s biggest stages in early April.

As part of those efforts, Mass Golf has unveiled several different ways in which individuals can get involved to show support for Parziale.

How to Get Involved

Here are ways that Mass Golf will be helping everyone get more involved with the #MATTsters campaign:

Family members, friends, fellow golfers from both Mass Golf Championships and events, as well as fellow members from his home club, Thorny Lea Golf Club, will be attending and cheering him on in person and wearing special #MATTsters memorabilia. There will also be local viewing parties being organized across the state.

Mass Golf will be sharing many of the posts of users who send messages with the hashtag #MATTsters. Individuals will therefore be able to see the wide array of users by searching the hashtag across all social media platforms.

Mass Golf encourages all individuals to record a short 15-second video wishing Matt good luck in his debut at Augusta. Send the videos to info@massgolf.org with the subject:
Matt Parziale Thank You Tribute and we’ll compile a good luck video that will be posted on our website, MassGolf.org and all our social media channels during our complete coverage of the event.