BELLINGHAM, Mass. – Maplegate Country Club has doglegs and cattails, the latter of which are located in wetlands that run across several fairways.

“We take them down once a year, but as the season progresses, they get taller,” assistant general manager Connor Donovan said.

Including ponds, water comes into play on 10 of the 18 holes. 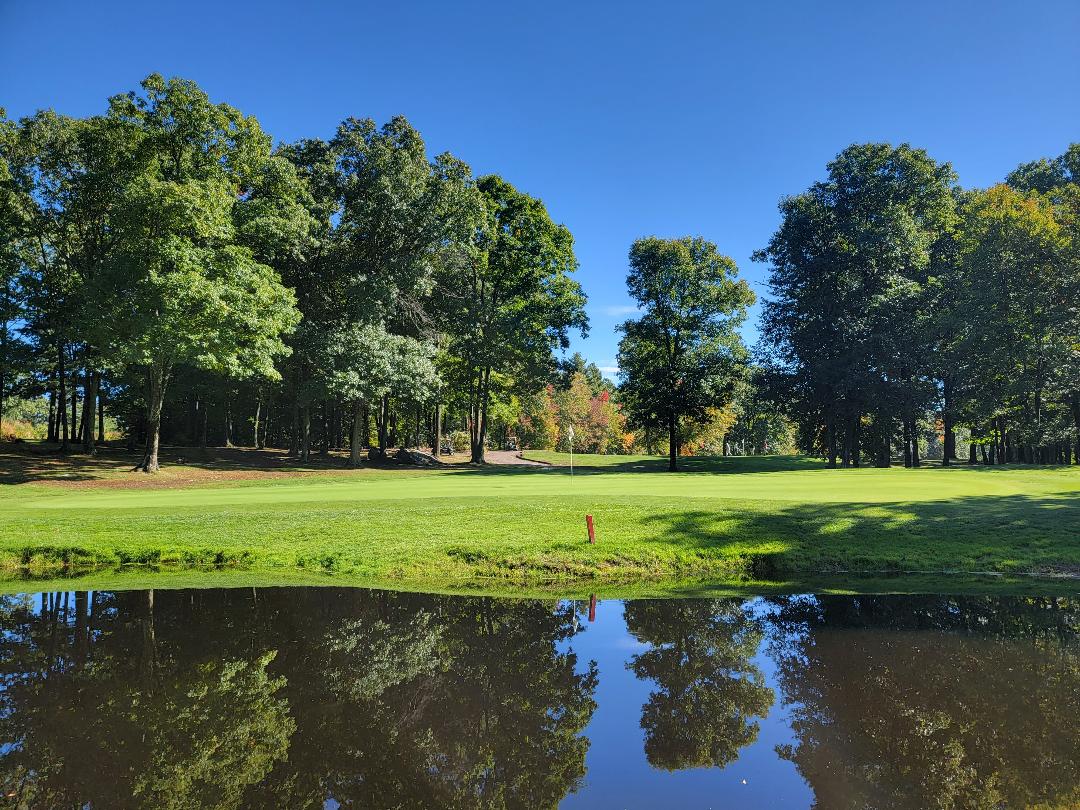 “You’re going to use every club in your bag,” Donovan said. “It’s a true test of golf. You’ve got to hit your marks out there.”

The par-5 16th is fairly narrow with several fairway and greenside bunkers, marshland running across the fairway, a pond to the front right of the green and a covered bridge. 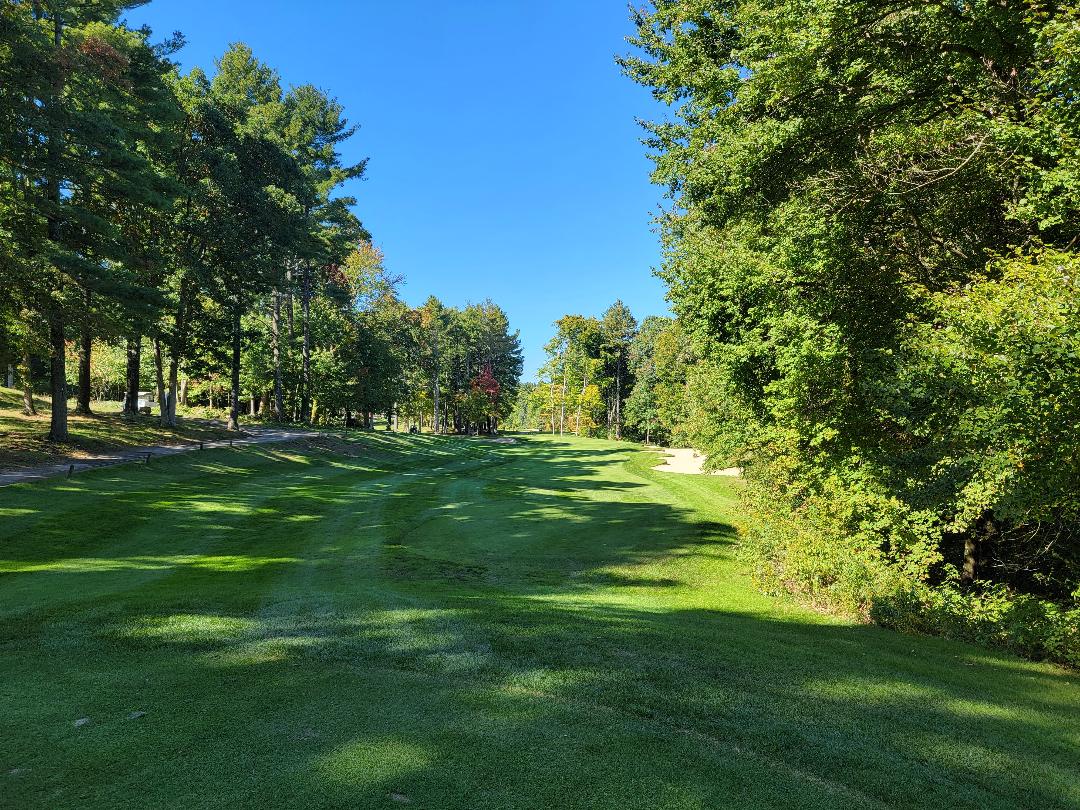 The long, par-4 18th has a bunker on the inside of the dogleg to the right and tall cattails running across the fairway. The green is surrounded by deep bunkers on both sides and a pond to the front-right.

“You’ve got to test them coming in, right?” Donovan said.

Some of the fairways are tight, but you should be able to find your ball among the trees on several holes. Maplegate is challenging, but fun. 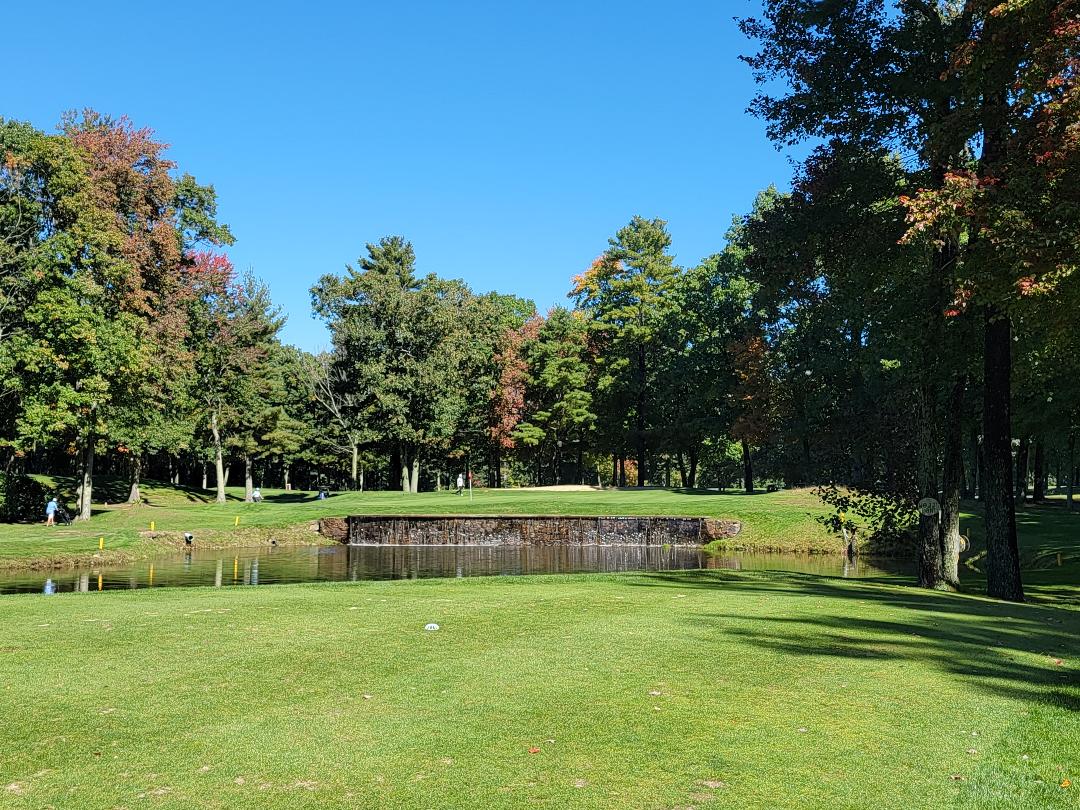 Maplegate has maple trees, of course, but it also has large pine, oak and beech trees along rolling hills.

Jim Renner, former state open champion in Massachusetts, Vermont, Rhode Island and Maine, shot an 8-under 64 from the gold tees many years ago to set the course record.

The par-3 eighth hole isn’t long, playing 145 yards from the tips to just 91 yards from the forward tees, but it stands out because a short waterfall pours into a pond directly in front of the green. 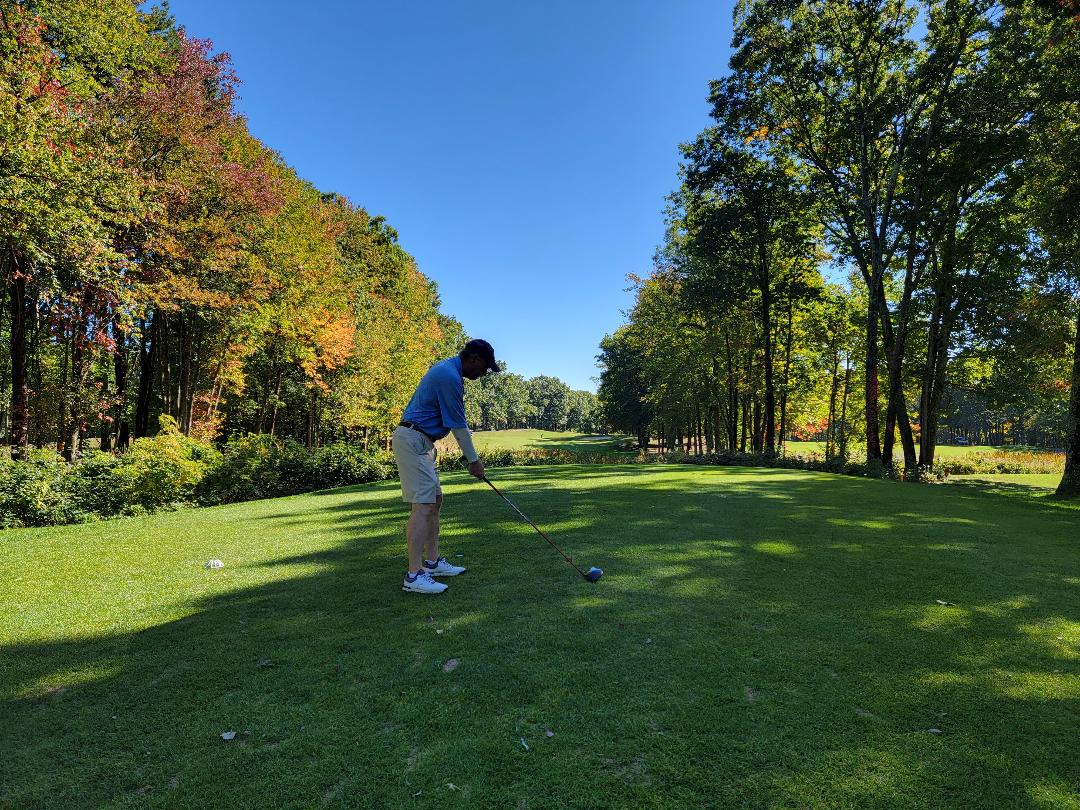 Donovan credited Jeff James with sprucing up the course in his five years as superintendent.

“He’s brought it back to a real, respectable place,” Donovan said. “He’s been a godsend. The difference from when he started to now is remarkable. Word of mouth has spread. The place is drastically transformed into a great true testament to golf.”

James did an especially good job on the tee boxes.

According to Donovan, Maplegate enjoyed its busiest June this year since it opened in 1990 and that business has been brisk in the ensuing months as well. The course was booked solid through mid-afternoon when the temperature reached into the 70s last Thursday and Friday. 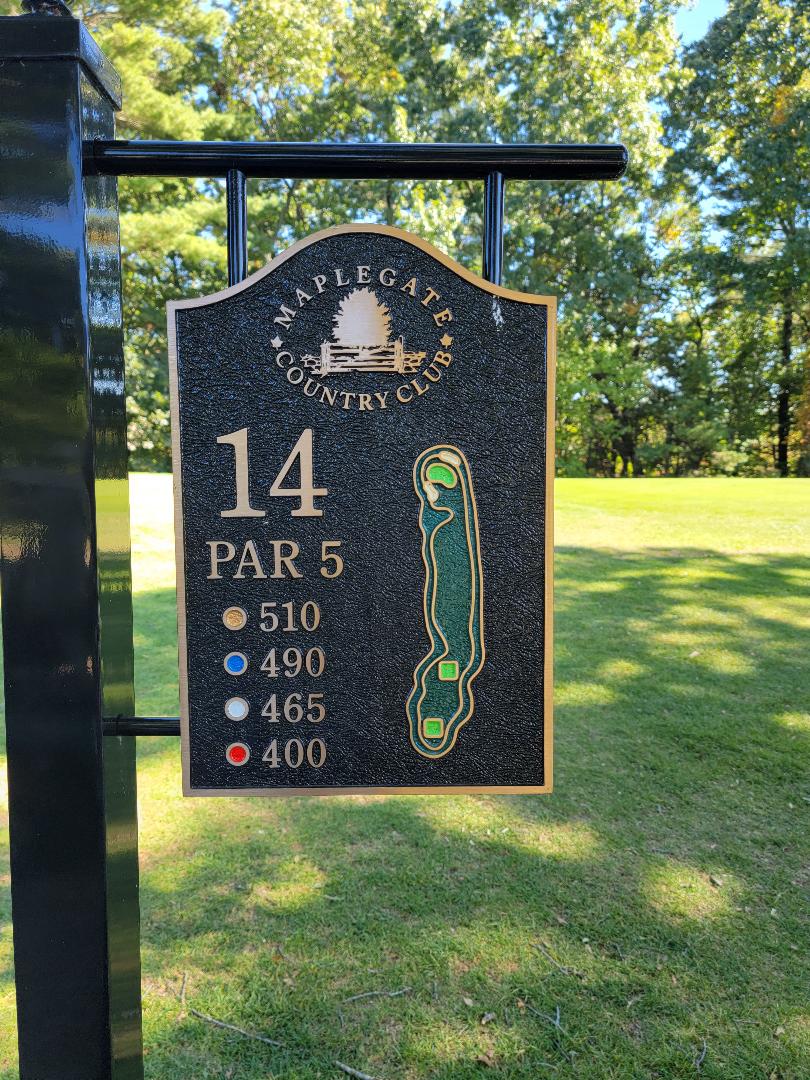 After aerating the greens, Maplegate recently dropped its rates to $49 to ride 18 holes. In the summer, it costs $69 to ride 18 Monday-Thursday and $88 Friday-Sunday and holidays. Donovan said golfers from Massachusetts, Rhode Island and even New Hampshire play the course.

Donovan, 32, started at Maplegate on the maintenance staff a decade ago and has been assistant General Manager for five years. So he knows the course well.

Lenny French, who died in 2017, designed and built Maplegate with his family. His widow, Shirley, and his children, Michael French, Sally Winters and Julie Evans, now own the course. His grandson, Peter French, won the 2017 Vermont Open. 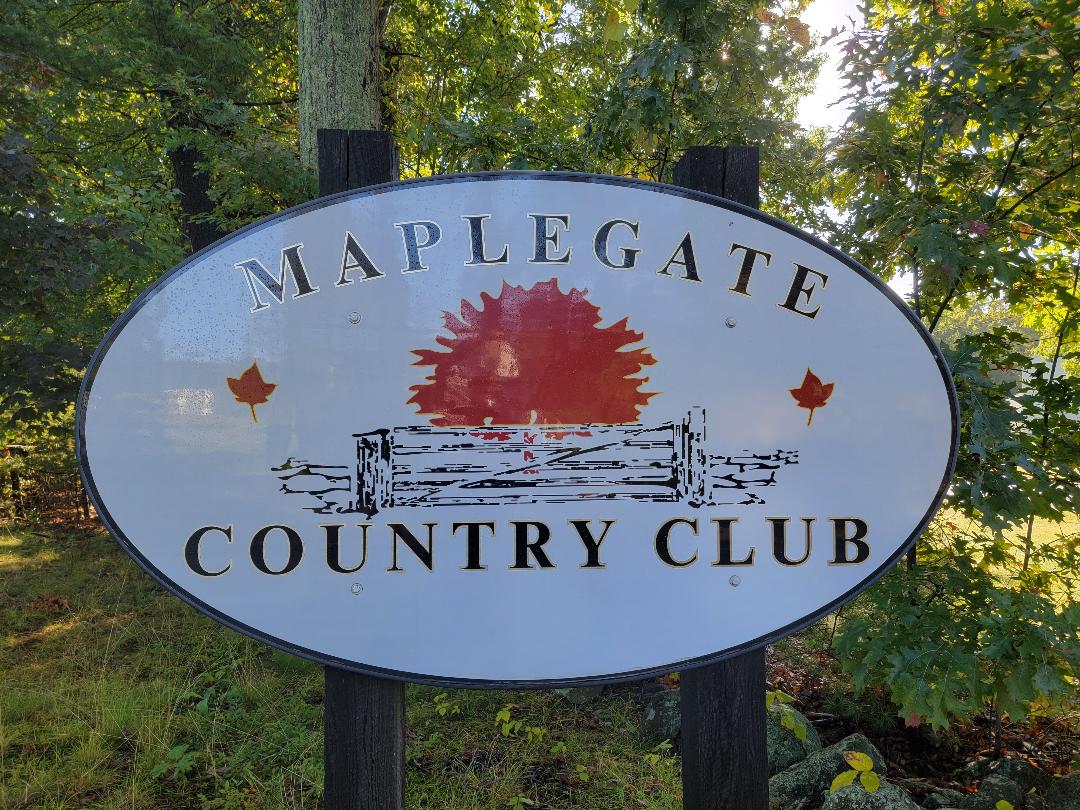