HARTFORD, Conn. – Jim Becker had as unique a start in golf imaginable.

As he approached 5 years ago, Becker’s older brother Michael made Jim a sawed-off 3-wood, 7-iron, 9-iron and putter with masking tape grips and set up holes near trees at three corners of their house in Windsor that ranged from 25 to 60 yards. Jim would chip taped whiffle balls about 150 yards around the house, usually making 2 or 3 on each hole.

A year later, Mike shaved areas of their lawn to make them resemble greens and sank Maxfli cans into the ground as cups. Jim later started playing at the former Millbrook Golf Course in Windsor and shot 61 in his first nine-hole round.

“That’s when I knew I wanted to play golf as a pro,” Becker recalled.

Six decades later and after playing and working at numerous levels and areas of the game, Becker received the ultimate recognition for his youthful decision when he and Mike Ballo Sr. were inducted into the Connecticut Golf Hall of Fame during the Connecticut State Golf Association’s annual meeting at Hartford Golf Club.

“I’m very humbled to have my name alongside the many memorable names in the Hall of Fame,” Becker said during the awards ceremony. “I’ve dreamt about being inducted for quite a while, and it’s definitely the highlight of my career. I’m not sure when it will sink in, though it’s starting tonight.”

Becker, 65, has traveled the globe competing and won more than 60 tournaments, including being the only amateur to capture the Connecticut Open back-to-back (1975-76) and only three-time Connecticut Senior Open champion. He played two years at Windsor High School before his family moved to Marietta, Ga., and after excelling in high school, Becker earned five full college scholarships and chose the University of Georgia, where he was an All-American and played with future PGA Tour players such as 1977 Greater Hartford Open winner Bill Kratzert, Scott Simpson and Chip Beck.

Becker turned pro in 1977, qualified for several PGA Tour events, including the GHO, and played nine seasons on the South African Tour. He said he’s happy to be the head pro and instructor at Blue Fox Run Golf Course in Farmington, where he and his wife, Geena, live.

“It’s great to have a chance to give back to the game,” Becker said. “I really enjoy helping people and have always told my students to tee up the ball because that’s what Tiger (Woods) and Jack (Nicklaus) always did.”

“I just love competing,” Becker said. “I love the thrill of competition, and I still think I can win tournaments and that is a great mindset to have.”

“Everyone always revered Jim’s game, and he always thanked whoever ran a tournament,” Caporale said.

Ballo, 80, began his golf career in 1947 as a 7-year-old caddie at Woodway Country Club in Darien, where he worked for 39 years before retiring in 2003. He never left the club except for the four years he spent in the Persian Gulf while in the Navy, and after returning from the service in 1964, he took the assistant’s job at Woodway and became the head pro in 1971. 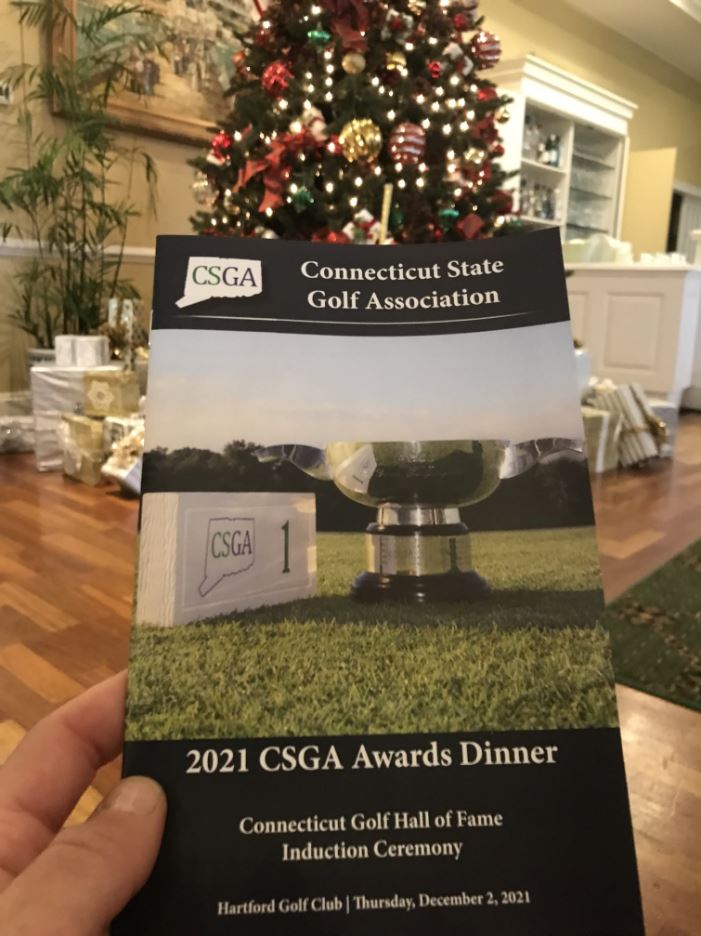 While at Woodway, Ballo made his mark in every aspect of the game. He was an instructor, served the members, groomed assistants into future head pros and played the game at an extremely high level. He won the Connecticut Open in 1969 and 1978, captured three PGA Westchester (N.Y.) Classics and played in three U.S. Opens, three PGA Championships, the 1988 PGA Tour’s Manufacturers Westchester Classic and the 1995 U.S. Senior Open, where he made the cut.

Ballo was also instrumental in tutoring his two sons, Mike Jr. and Peter, to become leading players in the Metropolitan Section PGA and national tournaments. Peter won the Westchester PGA Match Play Championship and Connecticut Open in 2021, making he and dad the only father-son duo to win the tournaments in the same year.

In October, the Ballos were finally honored as the 2020 Metropolitan Golf Writers Association’s Family of the Year. Ballo, wife Page and their sons were scheduled to be recognized last year, but the awards dinner was postponed because of the COVID-19 pandemic. Page was an All-American at the University of North Carolina whose teammates included future LPGA Hall of Famers Beth Daniel and Betsy King and is now a retired PGA of America Life Member who was one of the first 10 women to become a full-time member of the organization.

Physical problems prevented Ballo from accepting his Hall of Fame plaque, but after the ceremony, he said, “Being named is just so great no matter when it happens. And it’s great that the whole family are PGA members, and Peter winning the Connecticut Open was icing on the cake.”

Mike Ballo Jr., 33, the assistant pro at Westchester (N.Y.) CC, accepted for his father and said “his career goes far beyond his playing. It’s all about his contributions to the game.”

Stuart Waack of Silvermine GC in Norwalk, one of nine Ballo assistants at Woodway CC to become head pros, introduced his former employer.

“It’s hard to find someone with a better resume as a player and teacher of the game,” Waack said. “He has had a career of always inspiring others, and his legacy is as a player, golf teacher and his boys.”