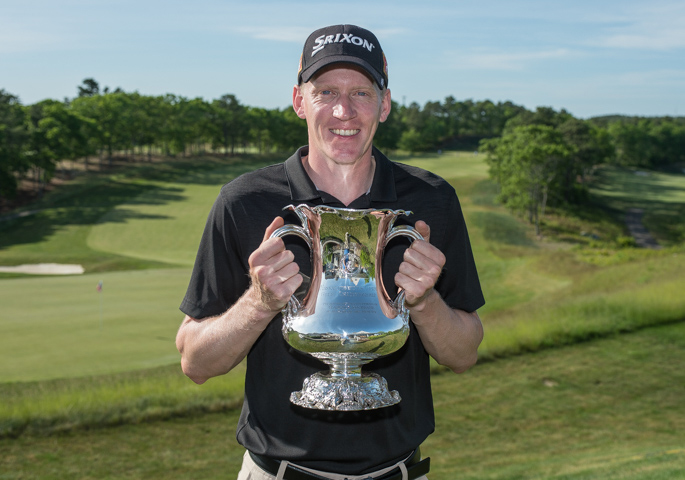 Thresher finished the tournament at 7-under 209, highlighted by 13 birdies. He becomes the first player to repeat since five-time champion Geoff Sisk captured his final two titles in 2006 and ’07.

Gloucester native Josh Salah (67), who now toils on the Asian Tour, and Chris Houston, of Gilford, NH, tied for second at 5-under 207.

“It’s a great field and probably the best field in New England to start off with,” said Thresher. “It’s three rounds and it comes down to a shot or two and you have to be mentally tough and really grind it out. I was in bad spots throughout the week, but I was able to get up and down a few times.”

Along with the Clarence G. Cochrane Memorial Trophy, Tresher takes home a check for $15,000.

For a second straight year, Jason Thresher is your #MassOpen champion. Final results, photos and highlights are now available at www.MGAlinks.org