PLYMOUTH, Mass – An elite field of 156 amateurs from all six New England states showed up at Plymouth Country Club with one goal – win the 58th edition the Hornblower Invitational and get their name etched on the prestigious trophy next to legendary names such as Bill Buttner, James Driscoll, Frank Vana, Matt Parziale and more.

The third time was a charm for Jared Nelson, a 22-year old young gun from Rutland Country Club (VT) who blistered the par 69 Donald Ross layout with a 36-hole score of 7-under par. The recent graduate of the University of Connecticut was crowned winner of the 58th Annual Hornblower Memorial Invitational Golf Tournament over a foursome of players who finished T-2 at 3-under: Jack Tobin of Marlborough Country Club, Cody Paladino of Hartford Country Club, Weston Jones from Charter Oaks Country Club, and Ben Smith of Penn State.

“Playing Plymouth Country Club is all about ball position and a very solid short game so that was what I worked on prior to the tournament,” said Nelson in a post-round interview with tournament committee member Joe Arsenault. “Everyone knows that the greens are lightning fast and even a slight miscalculation can result in a big score in no time at all. Fortunately, I didn’t have too many of those and was able to be successful.”

This was Jared Nelson’s third appearance in the Hornblower and he dominated winning wire-to-wire. After 18 holes, he was followed closely by Ben Smith and Ethan Whitney from Oak Hill who both shot 4-under 65. The three were paired together in the final round on Saturday June 4 where Nelson posted 68 while Smith scored 1-over 70. Whitney ended up with 73, for 4 under total and fourth place.

The second round was smooth sailing for Nelson until he reached the treacherous hole No. 7 where everything could have changed dramatically. He hit a massive drive only to find his ball coming to rest on a hard pan lie at the bottom of the hill below the green. His second shot flew the green leaving him with an almost impossible shot uphill shot to the lightning fast downhill green. Nelson’s pitch fell short and rolled back to his original position. Looking at an almost guaranteed bogey at best, Nelson dialed in and chipped in from that spot saving him from a potentially much higher score. 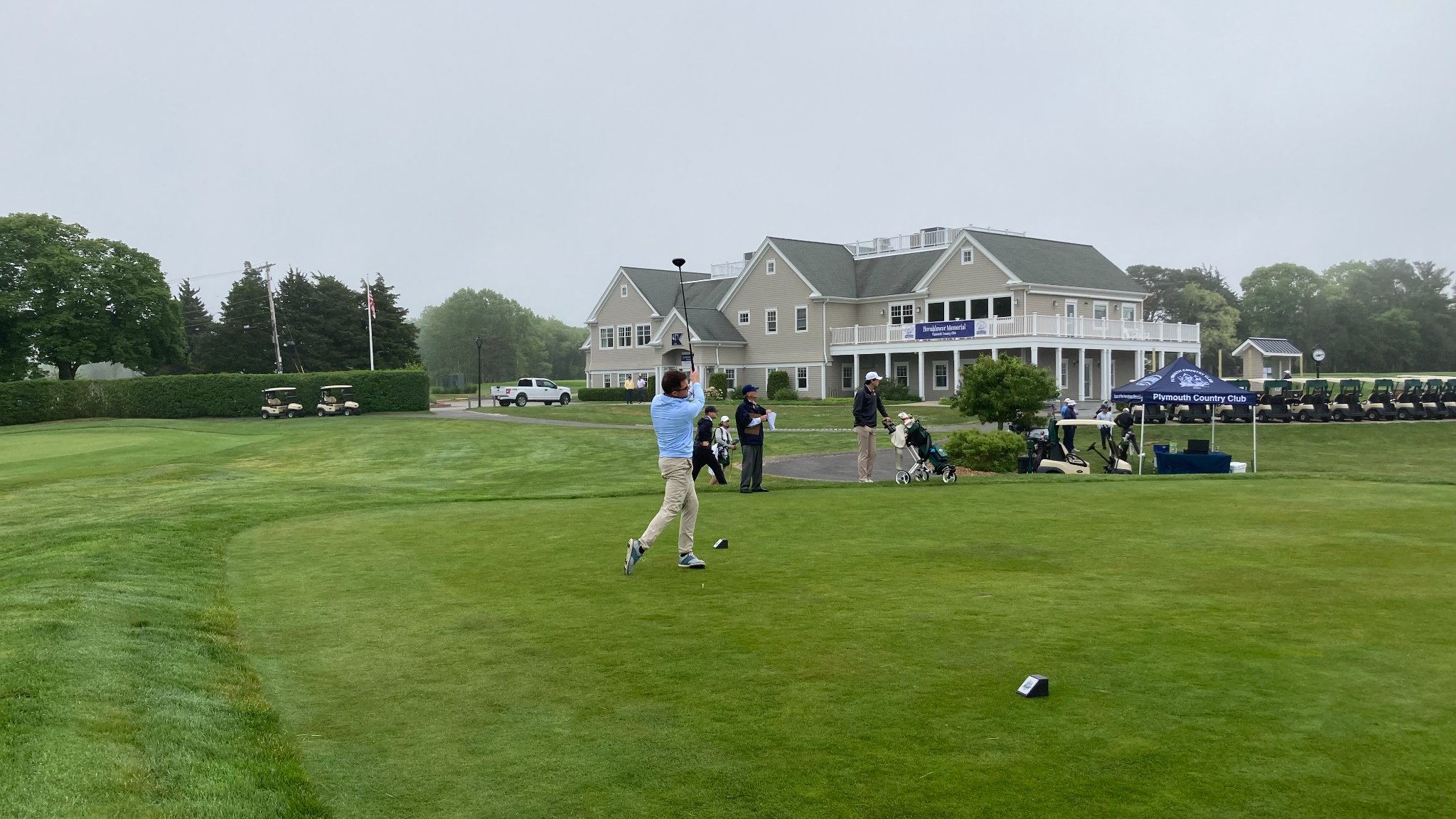 “The players are getting younger and better every year,” said Hornblower Director Mike Ellis. “I looked out at the warm up area this morning and frequent participant Jonathan Stoddard looked like the old man of the group and he is only 30.”

Ellis also gave special acknowledgement to Molly Smith, of Vesper Country Club, one of two female players, along with 2018 U.S. Mid Amateur champion Shannon Johnson who competed, but missed the cut with a 10-over 79.

“Molly Smith, a high school senior, scored a 74 on the first day from the same tees as the guys which in other years would have been good enough to make the cut but this year missed by one shot. She is a tough competitor and a great individual who we look forward to having back many times.”

Plymouth Country Club Director of Golf Operations Mike Roy had high praise for the field of players and the PCC staff for making the 2022 Hornblower Invitational another memorable tournament.

“The players were cooperative and respectful of the course and facilities,” said Roy. “They were clearly knowledgeable about tournament play which made the event run like clockwork. The conditions were particularly challenging on Friday but the pace of play was excellent and the scoring definitely amazing. The weather was better on Saturday for those who made the cut and the process of sending players off the first and 10th tee went off without a hitch. My staff always looks forward to the Hornblower and this year was no exception.”

For Jared Nelson, his trip to Plymouth – “America’s Hometown” – was historic. And his four-hour drive back to Rutland, Vermont was filled with nothing but happy reflections.