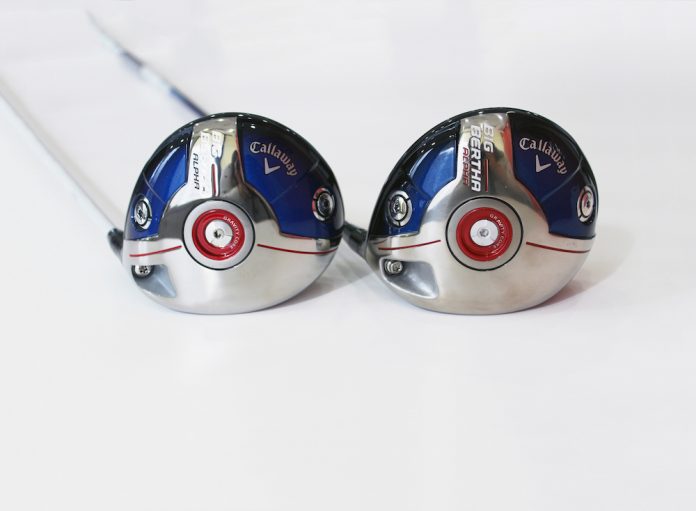 It was inevitable. As titanium drivers and other golf clubs became highly prized luxury items with ever-increasing price tags, so the counterfeiters moved in. Today, when authorities make a big arrest or locate a hidden stash of bogus equipment, the subject receives significant coverage. In the last year or two, however, reports of clandestine clubmakers being captured have slowed a little.

But don’t think for a second the problem has gone away. “Not at all, it’s an ongoing fight,” says Jason Rocker, spokesman for the U.S. Golf Manufacturers Anti-Counterfeiting Working Group, a collaboration among six of the biggest manufacturers (Acushnet, Srixon, Ping, TaylorMade, Callaway, and PXG) that was formed in 2004 with a mission to “Stop the spread of counterfeit golf products, and ‘Keep Golf Real.’” >>

To accomplish its goals and stamp out phony gear, the group partners with local authorities, especially in China where the majority of suspect items originate. “We’ve made considerable headway working with the authorities and private investigators in China,” says Rocker. “Cooperation has been instrumental in our successes.”

Most significant was the establishment, in 2016, of the Online Monitoring Program, which Rocker describes as a “two-front approach (China and the U.S.) where investigators watch dubious websites using a combination of individual and automated searching. The Titleist ball in the photo is counterfeit.

“On top of that, each manufacturer does its own monitoring,” he adds. “They set up keyword searches and use crowd-sourced intelligence to weed out the counterfeit listings.”

The initiative has been effective in shutting down hundreds of websites. In year one, there were 5,000 fewer online counterfeit listings; Rocker says that number now stands at well over 10,000.

Websites such as eBay and its Chinese equivalent Ali Baba (and its subsidiary Taobao) are popular with counterfeiters as their identities remain somewhat hidden and the sites’ counterfeiting policies aren’t always apparent. In a statement last year, Jud Hawken, Associate General Counsel for Ping, said consumers needed to realize the risks involved with all online retailers, but especially those “where both individuals and companies buy and sell products.”

So what are the risks, and how do you ensure what you’re buying is the genuine article?

The obvious risks are that you can’t try before you buy, you’ll be stranded once you’ve handed over your money, and you’ll end up with a shoddy piece of equipment that looks like the real thing but snaps after a few shots or performs nothing like the club you wanted.

Counterfeiters are criminals who may be very good at replicating the cosmetics of a certain club (look very closely and you’ll usually spot a minor dissimilarity), but who use cheap, poor-quality components to maximize their profit. “The only consistent thing about counterfeiting,” says Rocker, “is its inconsistency. We’ve found in 100 percent of cases if the deal sounds too good to be true, it’s a scam.” Notice the cavity on the authentic clubhead on the left

2. Look for price consistency. How closely does the price of the item you’re interested in match the MSRP or prices from trustworthy retail sites?

3. Always check where the item ships from. If it’s coming from overseas, especially China, that’s an immediate red flag.

There are plenty of legitimate sites from which to buy golf gear—Dick’s Sporting Goods, Golf Galaxy, PGA Superstore, TGW, and many more. Steve Scianna, V.P. of Sales and Purchasing at Globalgolf.com advises prospective buyers to look for what he calls “confidence builders.”

“Look for clickable customer reviews that generate results,” he says. “Does the company have legitimate contact information? Give them a call. Does the URL have a green lock icon? Make sure not every review gives a club five stars: That’s usually an indication it’s false.”