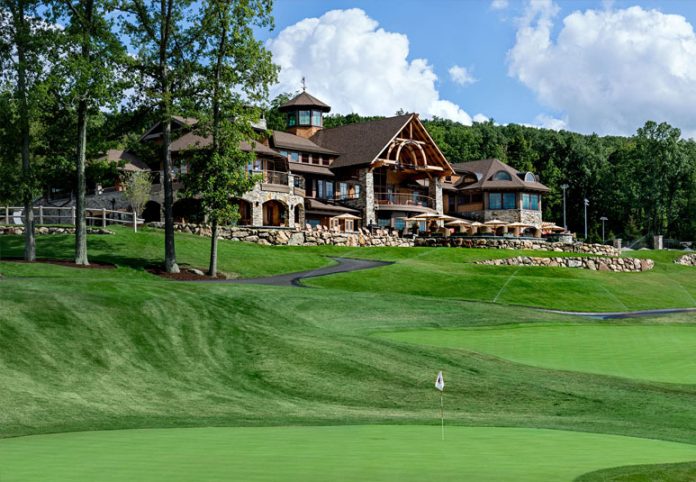 Hampden, MA – GreatHorse, the luxury golf and lifestyle club located in Hampden, recently announced that it will host its second annual Pro-Am playing experience in conjunction with the Travelers Championship on Wednesday, June 21st. Once again, GreatHorse will welcome golfers and PGA TOUR professionals for an exclusive and private day on the course.

“We’re delighted to host this event in conjunction with the Travelers Championship,” commented GreatHorse owner Guy Antonacci. “Excitement around GreatHorse continues to grow and this partnership is a recognition of GreatHorse’s status as the premier golf destination in the region.”

The day will include a chance to experience GreatHorse’s stunning clubhouse, golf, and dining facilities with a pre-round breakfast and post-round reception, along with a gift package and two Travelers Championship Michelob ULTRA 19th Hole Sponsor Club tickets.

“We received incredible feedback from both the sponsors and professionals who played in last year’s event,” said Nathan Grube, Tournament Director for the Travelers Championship. “We look forward to another successful Pro-Am and hope to continue growing our partnership with GreatHorse in the years ahead.”

The Travelers Championship is a professional golf tournament on the PGA TOUR. This historic tournament has been held annually in Connecticut since 1952, and will be held this year from June 19th-25th at TPC River Highlands in Cromwell, Connecticut.

All proceeds from the event will benefit Travelers Championship charities. In 2016, the Travelers Championship generated a record $2.8 million for regional charities. The primary beneficiary for the 2017 tournament will be the Hole in the Wall Gang Camp in Ashford, Connecticut. Founded in 1988 by Paul Newman, The Hole in the Wall Gang Camp provides “a different kind of healing” to more than 25,000 seriously ill children and family members annually – all completely free of charge.

Golfers interested in participating in the event can contact GreatHorse General Manager Bryan Smythwick at (413) 566-8010 or Jason Soucy from the Travelers Championship at 860-502-6811.

GreatHorse, on the former site of the Hampden Country Club, is celebrating its two-year anniversary after a complete course and facility rebuild. It is attracting national attention for its course design and the architecturally stunning lodge concept clubhouse. GreatHorse prides itself on shattering the mold of the traditional country club, offering instead a modern vision of relaxed, welcoming luxury. For more information visit GreatHorse.com.