PLYMOUTH, Mass – Doug Clapp of Olde Sandwich Golf Club, posted a 2-under par 67 to win the rain-shortened 2022 Senior Hornblower at Plymouth Country Club Aug. 23. The event was a scheduled two-day, 36-hole stroke-play, no-cut contest for players with GHIN index of 8.0 or less from Aug. 23-24. Only the first round score was used to determine the winner. 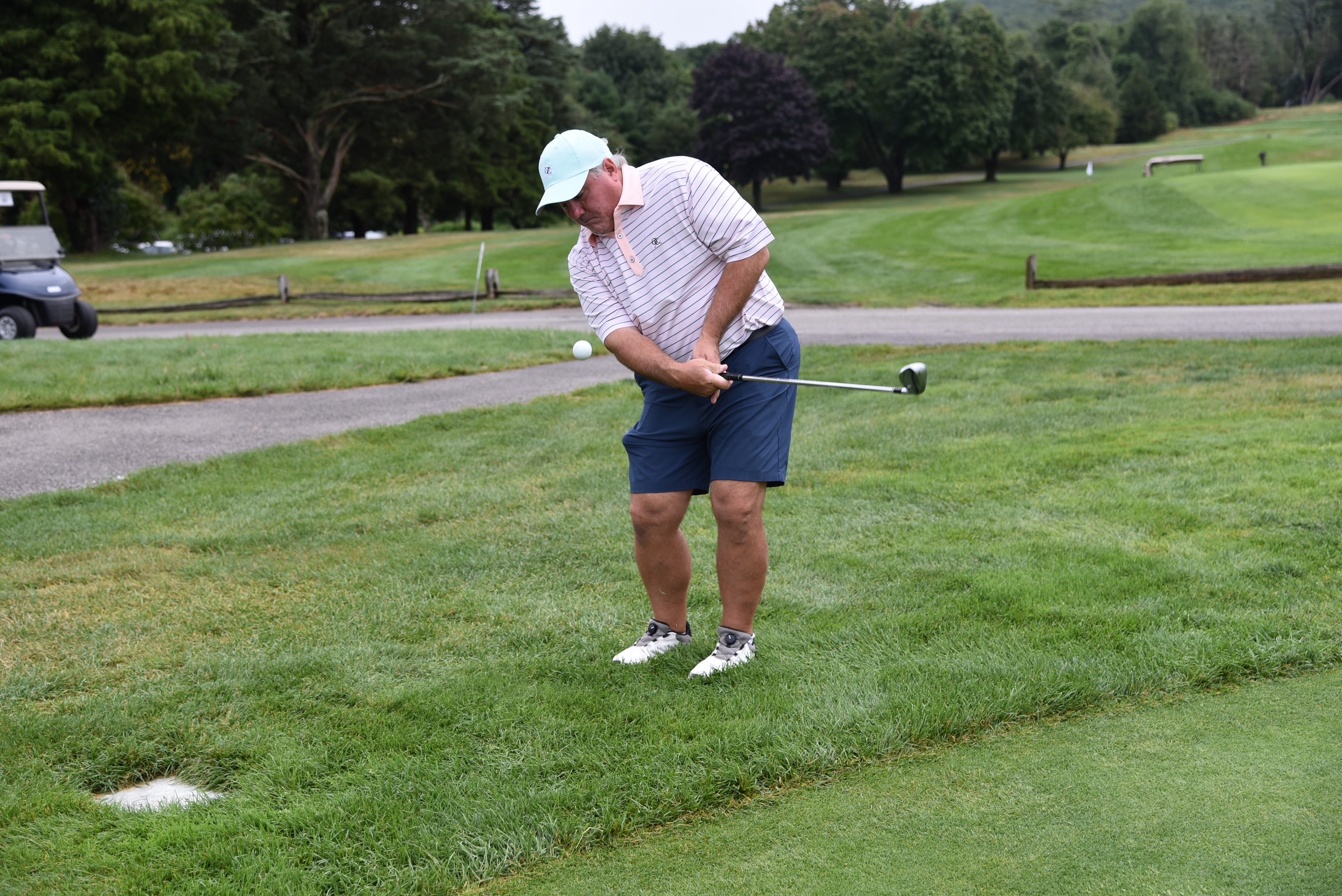 The tournament was shortened to one when heavy rain on Aug. 23-24 made the course unplayable.

“This is the second year in a row that the Senior Hornblower has been impacted by rain,” said Tournament Chairman Mike Ellis. “Perhaps we should consider also marketing it as a temporary solution for droughts. Congratulations to our 2022 winner Doug Clapp.”

Mike Ellis, Director of Operations Mike Roy, and Course Superintendent Ben Whiting began the day skeptical of the chances to complete play but hoped for the best as players began the round. According to Ellis “ things definitely didn’t look great in the beginning and it got worse, resulting in only the first two tee time groups able to complete play.”

Plymouth Country Club Director of Operations Mike Roy and Whiting were both out on the course during the storm making sure players got to safety while also assessing whether play would be able to resume. Superintendent Whiting said “the way it was raining, we were actually quite concerned as to whether or not we could get the course back into playable condition for the second round. Fortunately the rain stopped and my crew was able to do an amazing job of prepping the course for day two.”

“We hosted 120 golfers in 2022 and quite a few are regular participants who look forward to the tournament for the competition but also an opportunity to catch up with old friends,” added Mike Roy. “Everyone was cordial and patiently waited for a possible break in the weather to get back out on the course. When that didn’t happen they continued to cooperate as we regrouped for day two competition. There is usually an informal putting contest organized by some of the players the evening after the first round but the guys would have needed water wings to do it this year.”