Former University of Hartford teammates Tim Petrovic and Jerry Kelly sure made their presence known in the final round of the PGA Tour Champions’ second major championship of the year on Sunday, but Englishman Paul Broadhurst ruined their party.

Broadhurst missed only one fairway and one green in regulation in a bogey-free, 8-under-par 63 that began and ended with 40-foot birdie putts and gave him a 72-hole total of 19-under 265 and a four-stroke victory over Petrovic in the KitchenAid Senior PGA Championship at Harbor Shores in Benton Harbor, Mich.

It was the fourth Champions Tour victory and second major title for Broadhurst, 52, who got into contention Saturday with a 64, which tied the tournament’s third-round record, and then shot the fourth-round record a day later. And to think the Englishman had had his agent check on plane flights Friday morning after he shot an opening 72 that had him fearful of missing the cut. But Broadhurst closed 66-64-63 to add the Senior PGA Championship title to the Senior Open that he won in 2016. His 265 tied Rocco Mediate’s tournament record set in 2016, and the 63 was the lowest final-round score by a winner in championship history.

“It was a special weekend, and the key was spectacular putting, especially today,” Broadhurst said after he one-putted 36 of the 72 difficult, undulating greens and had only 105 putts for the week. “It’s difficult to compare this to anything else that I’ve ever done.”

What Broadhurst has done includes six European Tour victories, four European Senior Tour titles, being a member of the 1991 European Ryder Cup Team and representing England in the 1995 and 1997 World Cup. He also added a career-high $585,000 to his bankroll and a second victory in 2018 on Sunday. He teamed with Kirk Triplett to win the Bass Pro Shops Legends of Golf on April 22.

Sunday was uncharted waters for Petrovic, 51, whose numerous jobs while playing various mini-tours after graduating from the University of Hartford included working the overnight shift at a Pizza Hut in Tampa, Fla., with his wife, Julie. Petrovic didn’t earn his PGA Tour card until he was 34 after playing on several international tours and around the United States. Before Sunday, he had made 383 PGA Tour and 27 PGA Tour Champions starts with only one victory, in the 2005 Zurich Classic of New Orleans, coming in a playoff with Massachusetts native James Driscoll with brother Steve carrying his bag.

Petrovic, inducted into the Connecticut Golf Hall of Fame in November, tried to kill time waiting for a late tee time in the final group on the biggest day of his Champions Tour career washing his car and walking around a mall. He remained in the major championship hunt for the first time until a bogey at the 16th and Broadhurst’s red-hot putting decided the issue.

“It was a great week. We just got beat,” Petrovic said. “He deserves it. He made that putt in front of us on 18, and I almost started clapping in the fairway and waved the towel since it was so well deserved.”

Petrovic earned $347,000, his highest paycheck since he won $440,000 when he tied for second in the 2012 Safeway Open. His first runner-up finish this year in the Chubb Classic in February came thanks to a career-best 64.

Petrovic started the day tied for the lead with Scott McCarron at 13 under, two ahead of Broadhurst. Petrovic took the lead with a birdie at the first hole but made one of his only two bogeys at No. 2. He also birdied the fifth and seventh holes while McCarron was making bogeys at Nos. 5 and 6. Though McCarron birdied Nos. 7 and 8, continued problems on short putts led to bogeys at the 10th and 11th that dropped him out of contention. He ended up shooting 70 to tie for third with Kelly at 270.

Petrovic caught a major break on the par-4 seventh hole, where he pulled his approach 10 yards left into gnarly rough. But his ball ricocheted down a bank and rolled with 8 feet of the cup, and he made the putt for his third birdie in the first seven holes.

Petrovic then hit a brilliant shot at No. 8 after his drive rolled into the left rough. He lofted a wedge into a ridge in the middle of the green with his ball stopping 6 feet left of the cup. But he missed his birdie bid after McCarron converted from 15 feet.

Broadhurst tied Petrovic at 15 under with a 5-foot putt at No. 9, his fourth birdie in a 4-under 32 on the front nine. Moments later, Petrovic narrowly missed from 12 feet for birdie to make the turn in 34.

Broadhurst took the lead for the first time when he got up-and-down from short of the green for birdie 4 at No. 10. Petrovic was in similar position after his second shot, then chipped to 4 feet and made birdie to tie at 16 under. But Broadhurst reclaimed the lead for good when he hit his approach to 3 feet at No. 12 and tapped in for birdie. He then made a memorable par at the 13th hole, ramming in a 30-foot comeback putt after an awkward chip from the left fringe ran well past the cup.

Broadhurst’s lead suddenly tripled when he made an 18-foot birdie putt at the 17th hole to get to 18 under moments after Petrovic hit his approach into a bunker and missed a 20-foot par putt at No. 16. Petrovic lipped out a 50-foot birdie chip at No. 17 and then made a routine par at the 18th for 68.

“I thought I was going to pull my Tom Watson on 17,” Petrovic said, referring to Watson’s famous chip-in at No. 17 that led to a victory over Jack Nicklaus in the 1982 U.S. Open at Pebble Beach in California. “But in hindsight, I think it was all for naught. He was just so far ahead, and hat’s off to the guy.”

Despite a closing 74 that dropped him into a tie for 27th place in the Champions’ first major the previous week, Petrovic said he had a strong finish this week thanks to that tournament.

“I wanted to kind of build off that,” Petrovic said. “I was trying to focus on the positives from last week’s poor performance on Sunday, maybe try to learn a little bit. If it’s hot out, don’t hit so many balls, just little things like that, and conserve energy and that’s what I did. I got off to a great start today and felt good. I was actually nervous – everybody’s stomach’s going in the morning. I was more nervous at 8 than I was when I was ready to go. The hard part was waiting around all day, but I learned a few things and felt really good and was really proud of the way I hung in there and the way I putted and the way I drove the ball.

“I probably drove the ball as good as I probably ever have driven the ball. I can’t remember missed one or two fairways in three or four days. The game’s in the right spot and maybe we can get something going to St. Andrews for once. … This is going to put me in a good position for the U.S. Open, if I qualify, and British Open. This is a good stepping stone. You always look for what you do positive early in the year to try to build and learn from it. I worked hard at home the last three weeks, so I think some of that stuff is paying off.”

Petrovic’s finish came while in the final group for the first time since the 2010 Memorial Tournament.

Petrovic played in the third-to-last group the previous week in the Regions Tradition, the first of consecutive majors on the PGA Tour Champions. He said it gave him a taste of being in the mix among the seniors and he continued to play well.

“I felt really calm all week for some reason,” Petrovic said. “I’m just hitting the shots that I know I can hit and I’m driving the ball really well.”

Petrovic was inducted into the Connecticut Golf Hall of Fame two weeks after he shot 17-under 267 to finish fourth in the PGA Tour Champions qualifying school finals in Scottsdale, Ariz., and earn one of five cards for 2018. The Glastonbury native had played on the 50-and-over circuit for 18 months after the 15 years on the PGA Tour, where he earned $12.2 million. In eight starts this year, Petrovic has earned $547,697, more than three times what he had earned on the Champions Tour.

Meanwhile, Kelly was even par for eight holes before hitting a 230-yard second shot at the par-5 ninth to 4 feet to set up an eagle. He followed with three consecutive birdies to move into third place at 13 under but then made five pars before a closing birdie gave him 65 for 270 and another top-3 finish this year. He has three PGA Tour victories and finished second to Russell Knox in the 2016 Travelers Championship and three Champions Tour titles, including the Mitsubishi Electric Classic in January. He then tied for second in the Cologuard Classic and has earned more than $29 million in his career on the two tours. 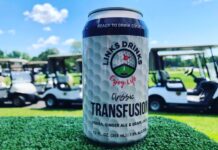 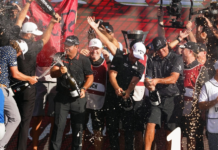