SOUTH YARMOUTH, Mass – Some golfers would rather not play a par-3 course, but Blue Rock Golf Course in South Yarmouth, Massachusetts, isn’t a typical par-3 course.

“We say, ‘Just come out and play. Just do us a favor and come out,’” said Matt Pitta, Blue Rock’s director of communications.

When people do come out to play for the first time, the reaction is usually the same.

“They’ll come up the 18th hole and they’ll say, ‘Well, that was challenging.’ Then they’re sold,” Pitta said.

Some golfers have returned to Blue Rock for decades.

Sports Illustrated and Golf magazine both rated Blue Rock as the best par-3 course in the country, and Cape Cod Life magazine ranked it as the best golf course, par-3 or not, in the mid-Cape.

In 1962, Pete Davenport hired Geoffrey Cornish to design Blue Rock, the Cape’s first championship par-3 golf course. Davenport’s son and grandson now run the Davenport Companies, which also own four other resorts on the Cape and one in New Hampshire.

Pitta said while Blue Rock is a par-3 course, most golfers nevertheless use every club in their bags. Many need to hit driver on the fifth hole, which plays 255 yards from the back tees and 239 from the whites. The third, ninth, 10th and 18th holes play over a pond.

Some holes are hilly, but Pitta said most golfers walk Blue Rock.

Like nearly every golf course, Blue Rock was busy last summer because golf was one of the few safe activities available during the pandemic. Some people golfed in the late afternoon after working remotely from home.

“It really opened the course up to a whole new audience last year,” Pitta said. “So the key this year is to hold onto them.”

To do that, some trees were removed from the course, the fairways were spruced up, the clubhouse deck was renovated, and new deck furniture and a new fleet of gas carts were purchased. Mark Bornas was promoted from assistant to superintendent. 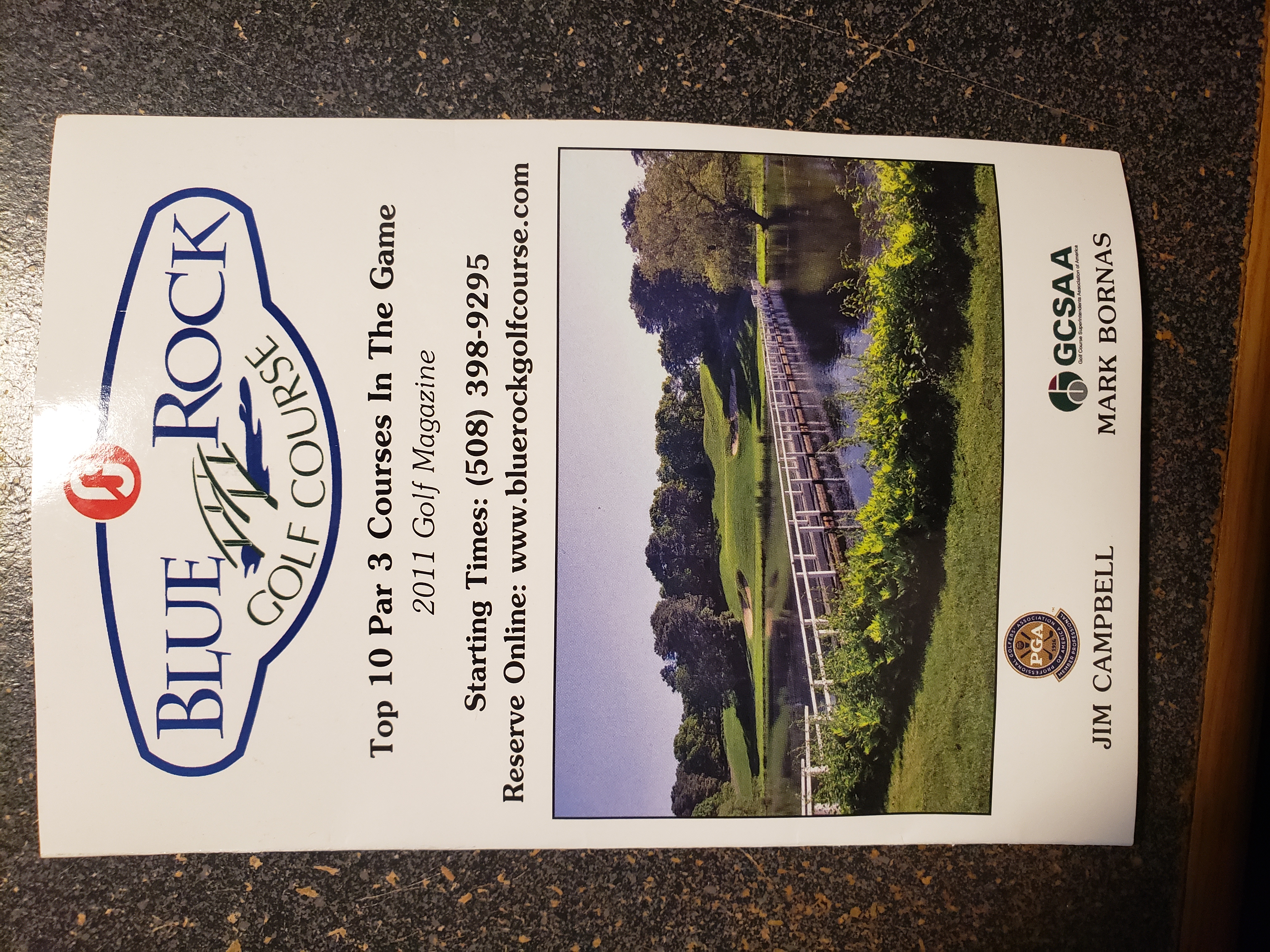 After being so busy last year, Blue Rock capped its number of members at 250 to allow time for the general public. Pitta said no one can remember the club needing to cap membership before, but he still expects Blue Rock to be just as busy as last year.

Golfers can stay at the Blue Rock Resort Hotel, golf the par-3 course and swim in the pool. They also have access to the company’s four other Cape resorts, including nearby Red Jacket Beach Resort & Spa on Nantucket Sound. Golfers don’t need to stay at the hotel to play the course though.

For more information or to book a tee time, visit www.bluerockgolfcourse.com.

When we played golf at the Cape, we enjoyed our stay at the Aiden by Best Western at Cape Cod, 476 Route 28, in West Yarmouth.

The former Cape Point Hotel reopened in July of 2019 after it was closed for two years while undergoing extensive renovations. The pool was reduced by half to add a cafe.

Brenda Smith, Aiden director of sales, said the hotel was busy last summer and she expects to be just as busy this summer. For more information, visit
https://www.bestwestern.com/en_US/book/west-yarmouth/hotel-rooms/aiden-by-best-western-cape-point/propertyCode.22070.html