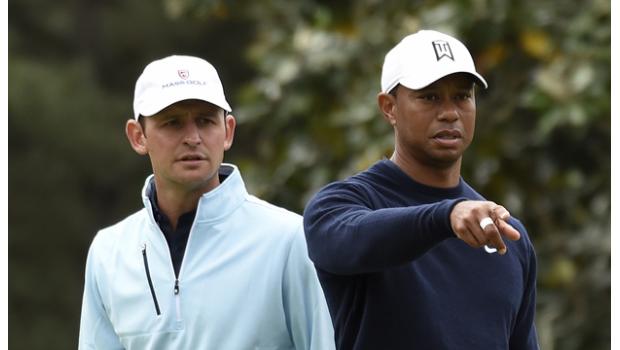 BROCKTON, MA – If every picture tells a story, it will take Matt Parziale months to explain countless photographs he’s shown up in this week even before he tees it up at 8:52 in the first round of The Masters.

The 30-year old Brockton fireman and Thorny Lea Golf Club member has appeared on the front page of every major daily sports page in America, not to mention all local and national television sports coverage. So far, only one other player at Augusta National has gotten more press, that space dominated by the return of Tiger Woods, after a ten-year drought of major championships.

Parziale’s Walter Mitty-like transformation from fighting fires, knocking down walls and cleaning toilets to playing practice rounds with Rory McIlroy, Fred Couples and Tiger Woods in preparation for playing as an amateur in the 84th edition of The Masters is a compelling story. The Masters is an experience like no other for patrons and players, and Parziale’s unlikely journey has New England golf fans fixated and ecstatic with enthusiasm and support that the Brockton-born and raised athlete will make the cut from the 88-player field, that is reduced to 44 and players within 10 shots of the leader after 36 holes.

Parziale had a dream come true Wednesday when he played a 9-hole practice round with his inspiration, four-time Masters Champion Tiger Woods.

“I played competitive golf because I was able to watch Tiger while growing up,” Parziale said after his practice round with the 14-time major champion. “He’s kind, a great guy. He was great to talk to, whether it was about life or talking about how tom play the course. It was great conversation and great company.”

“The Masters is exactly what you’d expect. It’s incredible. I live to play competitive golf and to compete at the highest level possible. I’ve enjoyed it,” he told reporters of all the media attention. “I’ve embraced it and had fun with it. It’s been a lot. A lot of media requests and all that. I’ve enjoyed the whole process.” He qualified by winning the U.S. Mid-Amateur Championship last fall which started the golf buzz in Brockton and now heard round the world. A small contingent of Thorny Lea members made the trip to Augusta and are also living the dream. Billy Adams, Greg Chalas, Jason Clary, Chris Anderson, Robby Thompson are among the group known as “Mattsters” pulling for their friend and sometimes playing partner.

The Thorny Lea Golf Club will be holding an open house during Friday’s second round in which public officials including Mayor Carpenter and others will meet up to watch golf’s grandest stage – The Masters. And to root for their new hero and golf champion!