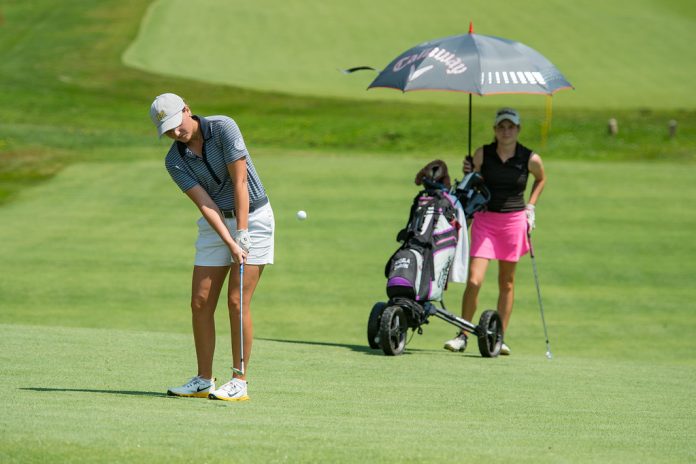 ONLINE: Stone Cup Home Page | Team Tournaments
“The Stone Cup is a perfect event to kick off this new season as a merged organization,” said Cathleen Beach, Mass Golf’s Director of Women’s Events & Player Development. “The event has traditionally been held in the fall, but we are so grateful to Marshfield Country Club for hosting it earlier this year.”

To Beach’s point, last year’s Stone Cup – originally scheduled for October 30-31 – was canceled after a powerful Northeast storm caused torrential rain, strong wind, major power outages and unplayable conditions. Mass Golf was able to work with the host club to arrange for an earlier date in 2018.

Described as the “ultimate mixed scotch championship of the season” with an alternate drive, alternate shot format in play, the 2018 Stone Cup will once again consist of two players – one man and one woman (don’t have to be related) from the same club competing.

Similar to previous years, teams will be divided into flights based on combined handicap indices with all competitors playing 36 holes on day one, with winning teams from Monday’s first round advancing to an additional day of play on Tuesday, May 1. The maximum handicap index for all eligible players for this year’s Stone Cup is 24.0.

“Golfers have especially enjoyed the opportunity to compete in match play against other club teams,” said Beach when asked about the major draw to this event.

Previously under the oversight of the WGAM dating back to the mid-1920’s, this event carries a significant amount of history as some of the Bay State’s all-time top competitors have paired up to win the event.

“It is a great event, and I hope that we will see even more teams compete now that we are one golf organization,” said Beach. “I encourage all golfers to grab a partner and register because it will be a great two days in April in Marshfield.”

Entries close for this event on Thursday, April 12 at 5:00 p.m. Any questions about the event can be directed to Beach at cbeach@massgolf.org.