The qualifying for the Massachusetts Open gets underway this week with three sectional qualifiers scheduled, and three more the following week.

The Mass Open Championship will be played June 12-14 at TGC at Sacconnesset in East Falmouth with a field of 150 players.

Where: TGC at Sacconnesset in East Falmouth
Format: Stroke Play, 54 Holes
Field: 150 players
2016 Winner: Jason Thresher
Round 1: June 12 (18 Holes)
Round 2: June 13 (18 Holes)
36 Hole Cut: The low 50 scorers and ties or anyone within 7 strokes of the leader.
Final Round: June 14 (18 Holes)
Prizes: The Clarence G. Cochrane Memorial Trophy and a gold medal will be presented to the Champion and The Commonwealth Cup will be presented to the Low Amateur Champion. A purse of $75,000 will be distributed to the low fifty (50) finishers and ties. Merchandise certificates will also be awarded and are only redeemable at the host site. 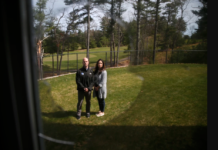